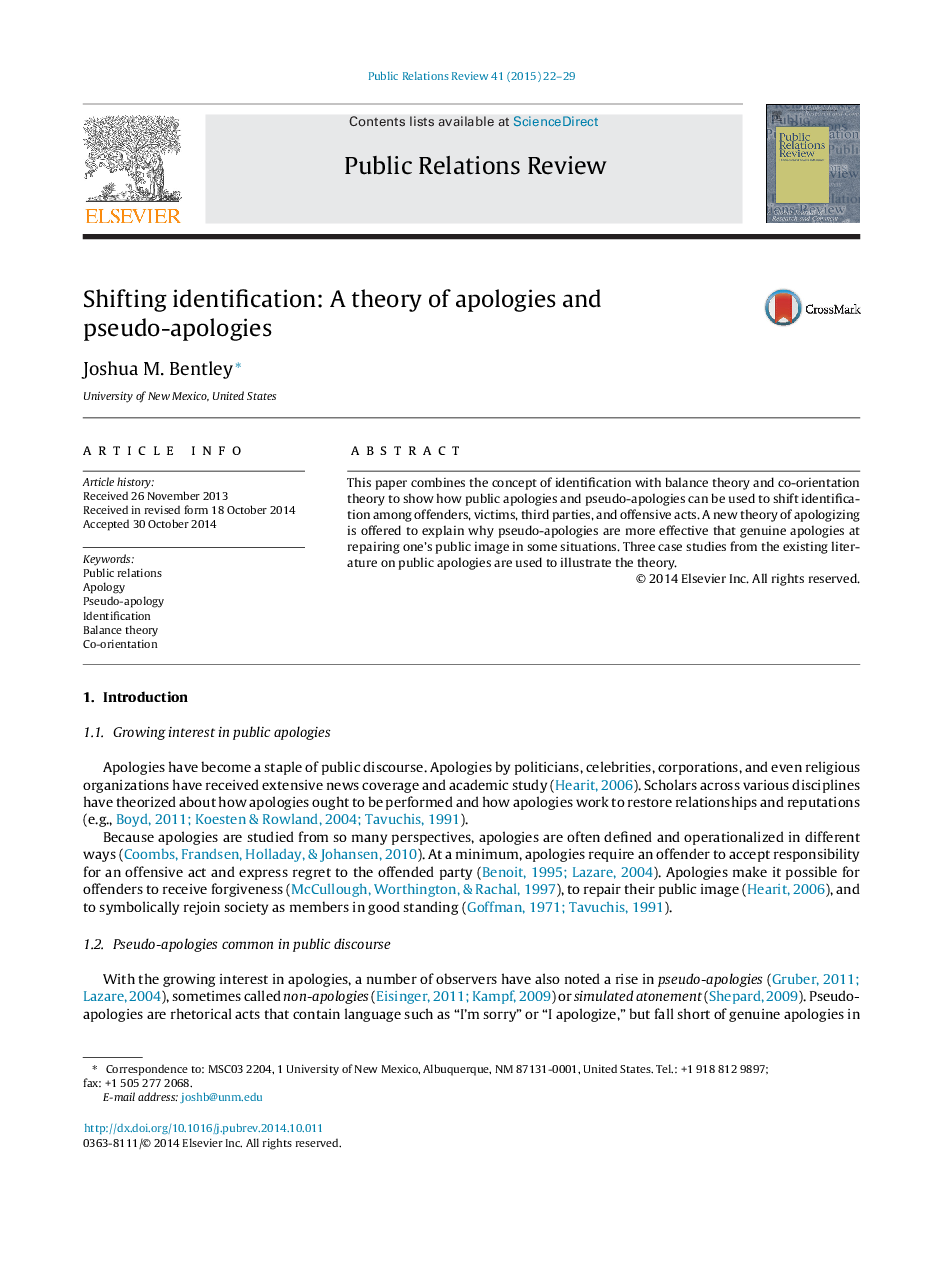 This paper combines the concept of identification with balance theory and co-orientation theory to show how public apologies and pseudo-apologies can be used to shift identification among offenders, victims, third parties, and offensive acts. A new theory of apologizing is offered to explain why pseudo-apologies are more effective that genuine apologies at repairing one's public image in some situations. Three case studies from the existing literature on public apologies are used to illustrate the theory.