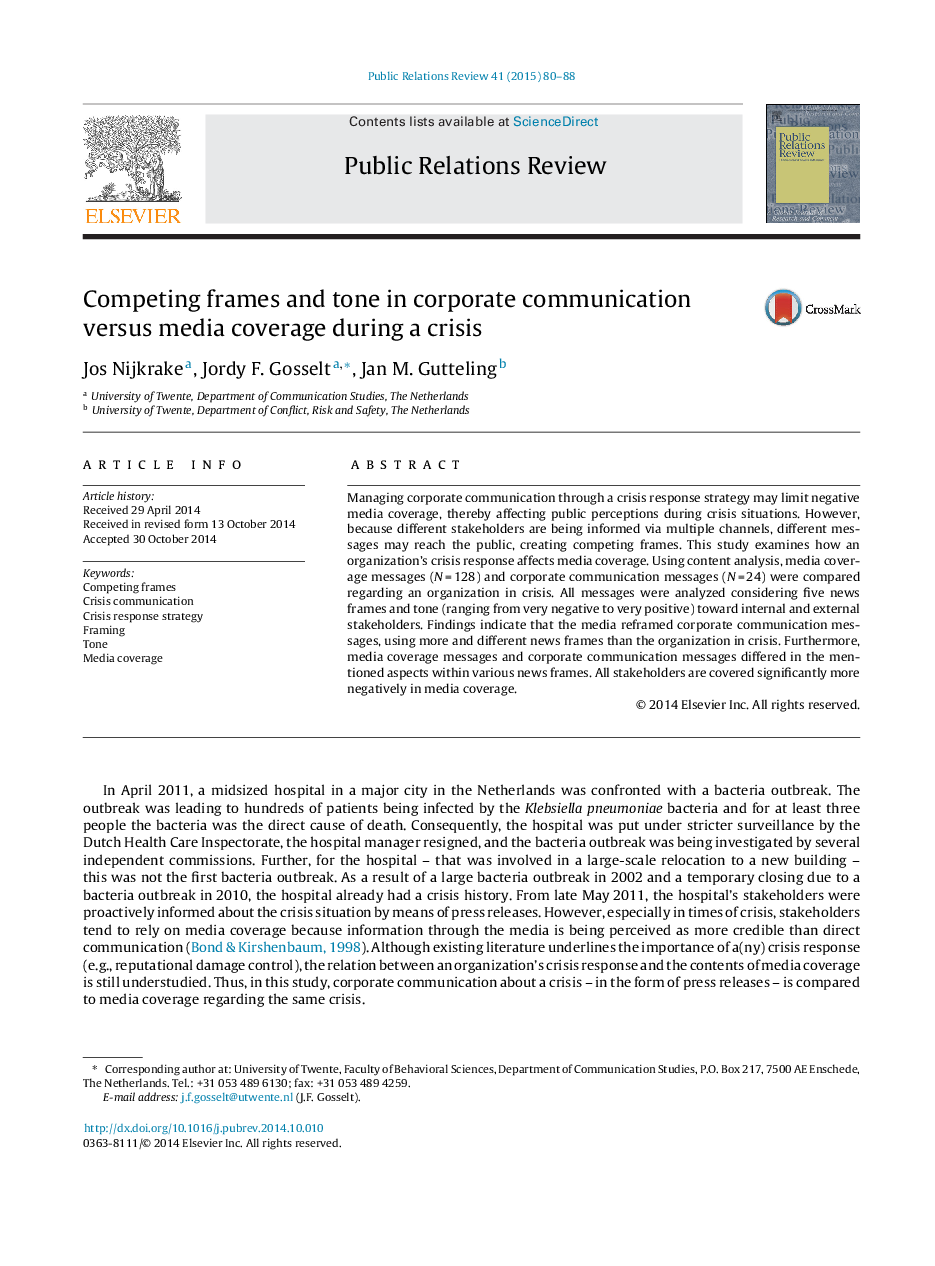 • The relation between an organization's crisis response and the contents of media coverage is investigated regarding five news frames and tone.
• It appeared that an organization's crisis response is constantly being reframed by the news media.
• The average number of news frames per article is higher in media coverage than in corporate communication coverage.
• The media frame a crisis significantly more often in terms of conflict, responsibility and economic consequences compared to communications issued by the organization.
• Mainly framing the crisis in terms of human interest is not enough to positively affect media coverage.