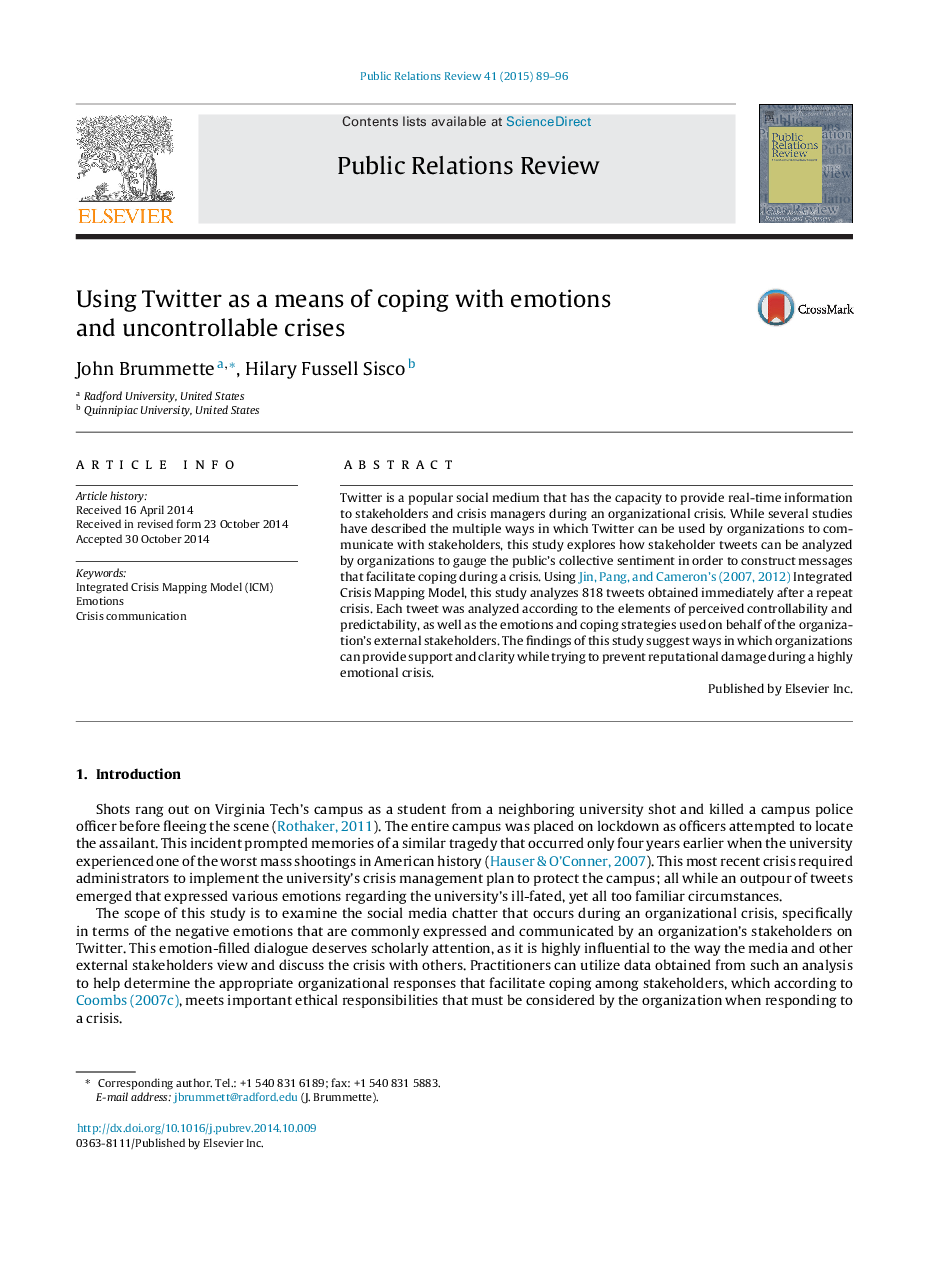 • Stakeholders use Twitter to express various emotions and perceptions of crisis predictability and controllability during a crisis.
• Systematic analysis of stakeholder tweets can provide practitioners with valuable information during an organizational crisis.
• The Integrated Crisis Mapping Model can be applied by practitioners to gauge the public's emotional response to a crisis on social media.

Twitter is a popular social medium that has the capacity to provide real-time information to stakeholders and crisis managers during an organizational crisis. While several studies have described the multiple ways in which Twitter can be used by organizations to communicate with stakeholders, this study explores how stakeholder tweets can be analyzed by organizations to gauge the public's collective sentiment in order to construct messages that facilitate coping during a crisis. Using Jin et al., 2007 and Jin et al., 2012 Integrated Crisis Mapping Model, this study analyzes 818 tweets obtained immediately after a repeat crisis. Each tweet was analyzed according to the elements of perceived controllability and predictability, as well as the emotions and coping strategies used on behalf of the organization's external stakeholders. The findings of this study suggest ways in which organizations can provide support and clarity while trying to prevent reputational damage during a highly emotional crisis.