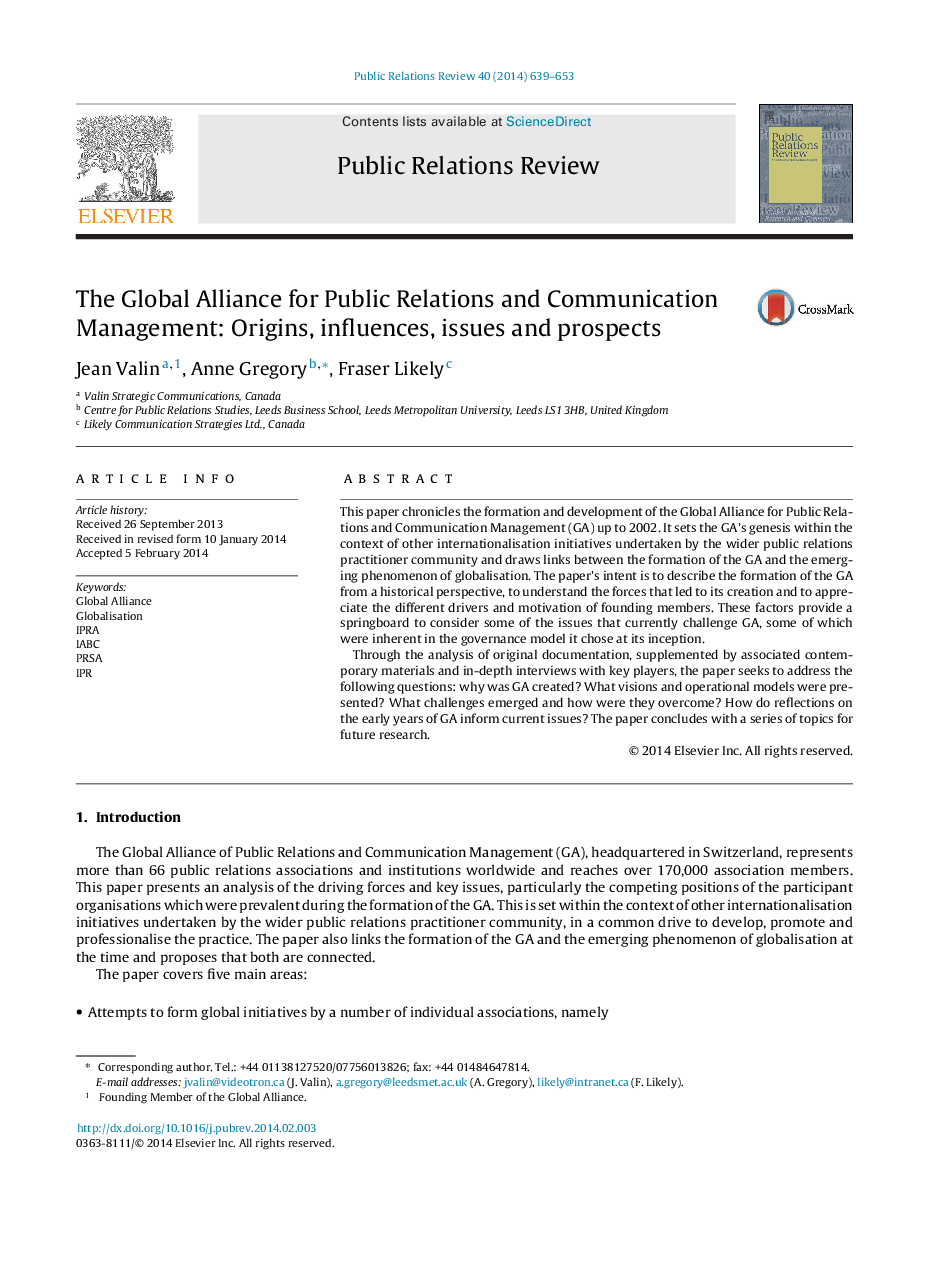 • The paper traces the history of the Global Alliance from initial thinking to its formation and establishment in 2002.
• The competing ambitions and agendas of various professional associations en route to the formation of Global Alliance are discussed.
• Globalisation as a phenomenon set the wider context and impetus for a global association of public relations institutes.
• Analysis of the ambitions of formative years provides a springboard for discussion of the issues and challenges that now face the Global Alliance.

This paper chronicles the formation and development of the Global Alliance for Public Relations and Communication Management (GA) up to 2002. It sets the GA's genesis within the context of other internationalisation initiatives undertaken by the wider public relations practitioner community and draws links between the formation of the GA and the emerging phenomenon of globalisation. The paper's intent is to describe the formation of the GA from a historical perspective, to understand the forces that led to its creation and to appreciate the different drivers and motivation of founding members. These factors provide a springboard to consider some of the issues that currently challenge GA, some of which were inherent in the governance model it chose at its inception.Through the analysis of original documentation, supplemented by associated contemporary materials and in-depth interviews with key players, the paper seeks to address the following questions: why was GA created? What visions and operational models were presented? What challenges emerged and how were they overcome? How do reflections on the early years of GA inform current issues? The paper concludes with a series of topics for future research.