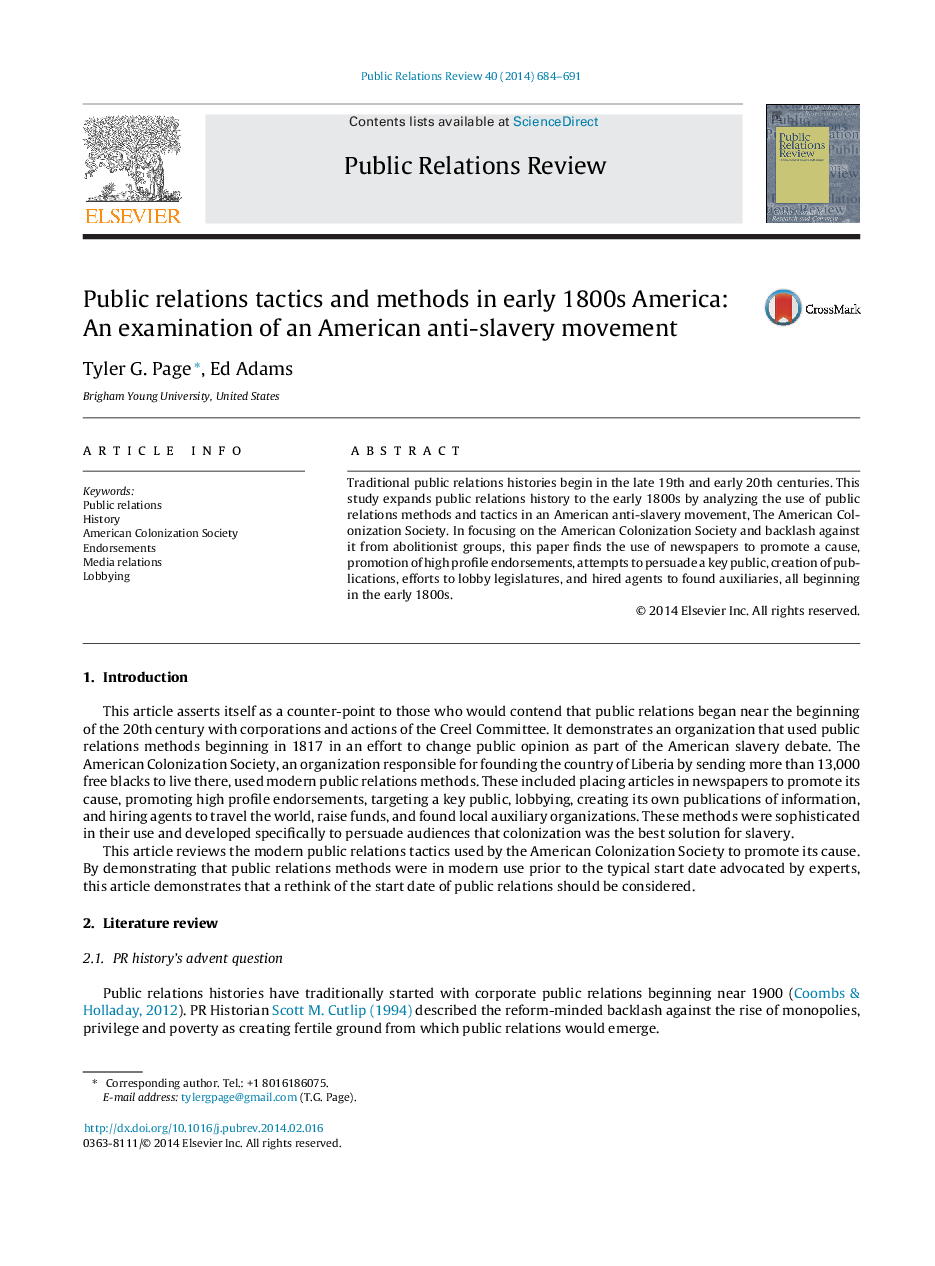 Traditional public relations histories begin in the late 19th and early 20th centuries. This study expands public relations history to the early 1800s by analyzing the use of public relations methods and tactics in an American anti-slavery movement, The American Colonization Society. In focusing on the American Colonization Society and backlash against it from abolitionist groups, this paper finds the use of newspapers to promote a cause, promotion of high profile endorsements, attempts to persuade a key public, creation of publications, efforts to lobby legislatures, and hired agents to found auxiliaries, all beginning in the early 1800s.