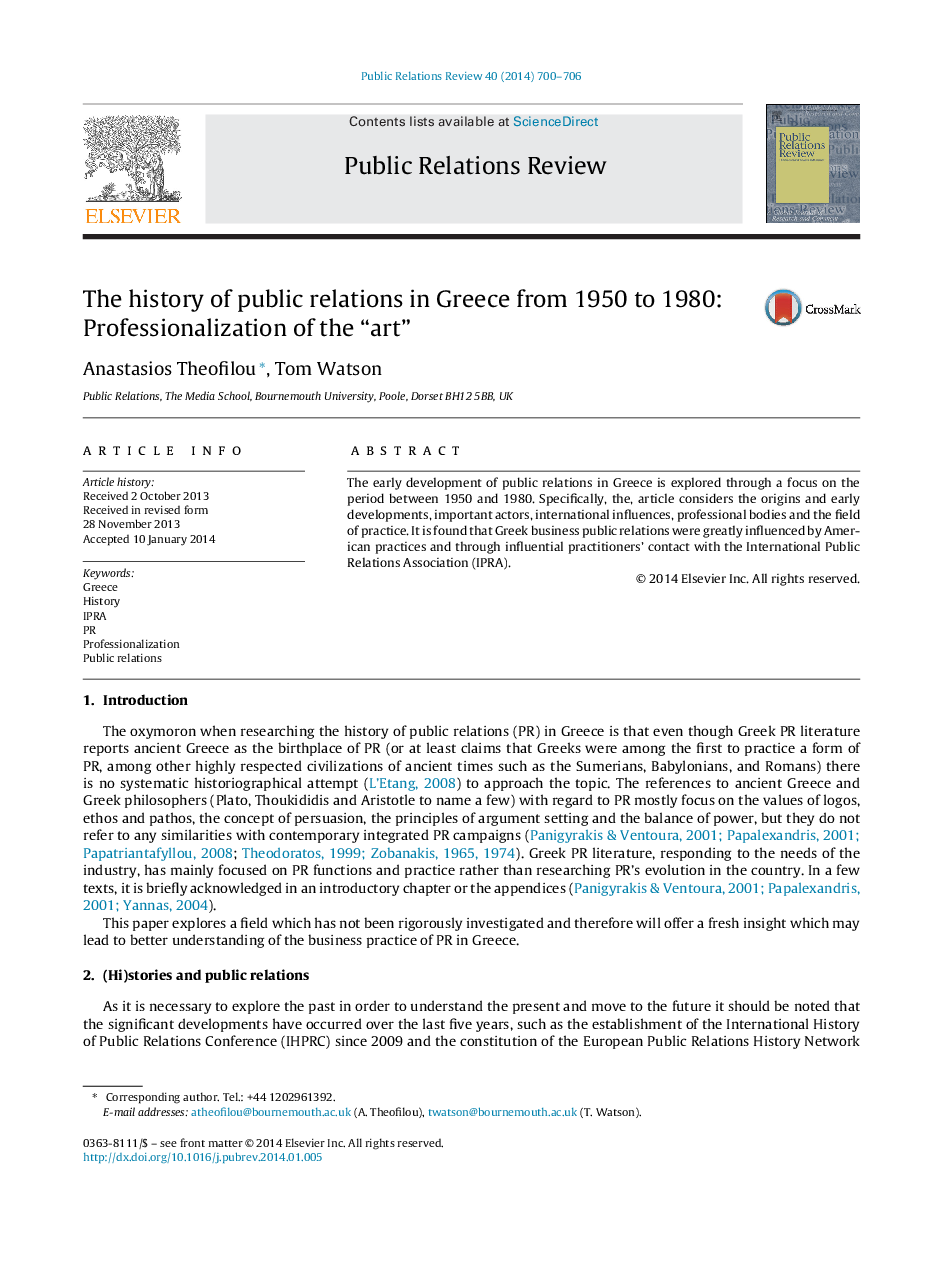 The early development of public relations in Greece is explored through a focus on the period between 1950 and 1980. Specifically, the, article considers the origins and early developments, important actors, international influences, professional bodies and the field of practice. It is found that Greek business public relations were greatly influenced by American practices and through influential practitioners’ contact with the International Public Relations Association (IPRA).