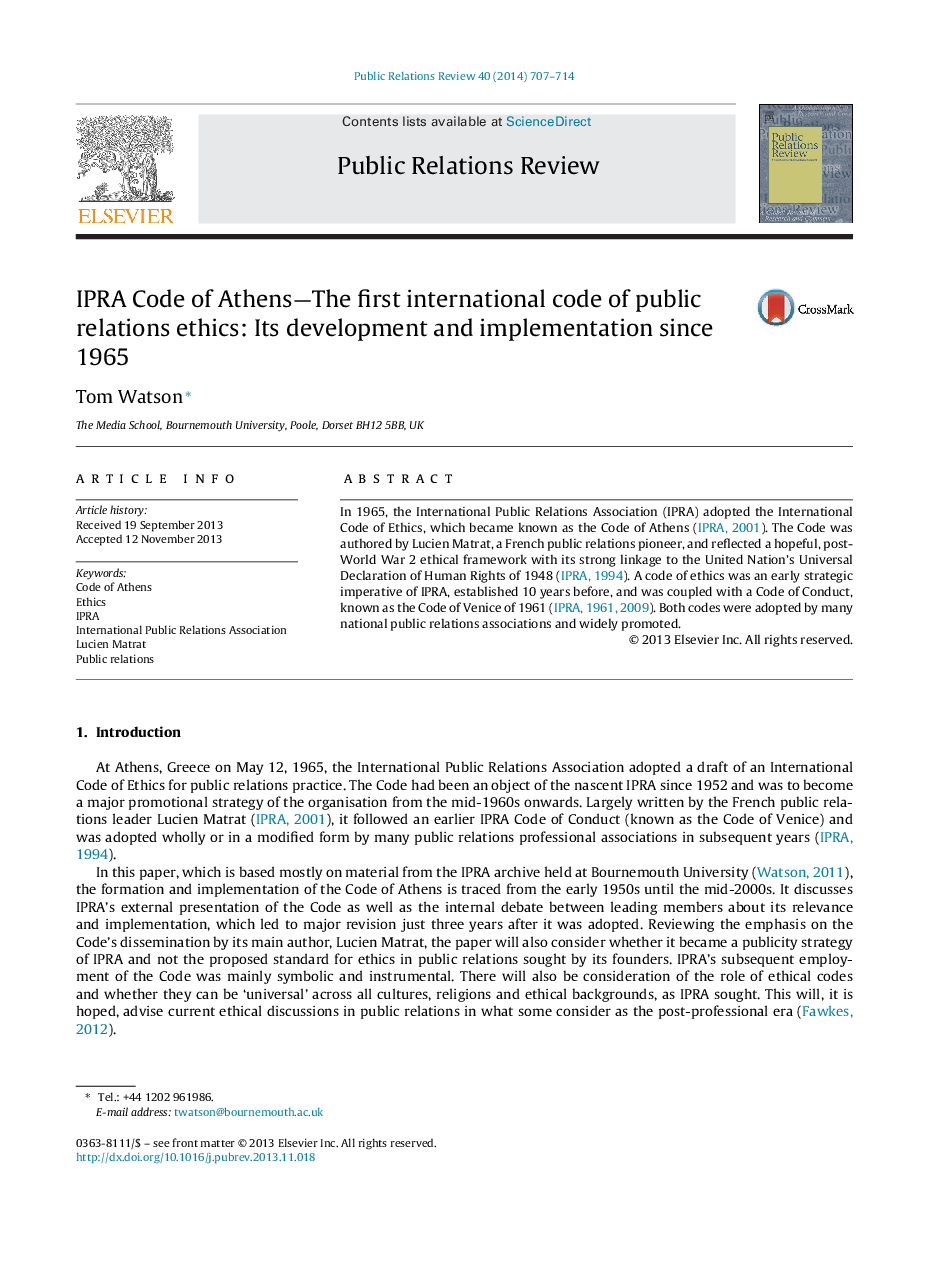 In 1965, the International Public Relations Association (IPRA) adopted the International Code of Ethics, which became known as the Code of Athens (IPRA, 2001). The Code was authored by Lucien Matrat, a French public relations pioneer, and reflected a hopeful, post-World War 2 ethical framework with its strong linkage to the United Nation's Universal Declaration of Human Rights of 1948 (IPRA, 1994). A code of ethics was an early strategic imperative of IPRA, established 10 years before, and was coupled with a Code of Conduct, known as the Code of Venice of 1961 (IPRA, 1961 and IPRA, 2009). Both codes were adopted by many national public relations associations and widely promoted.