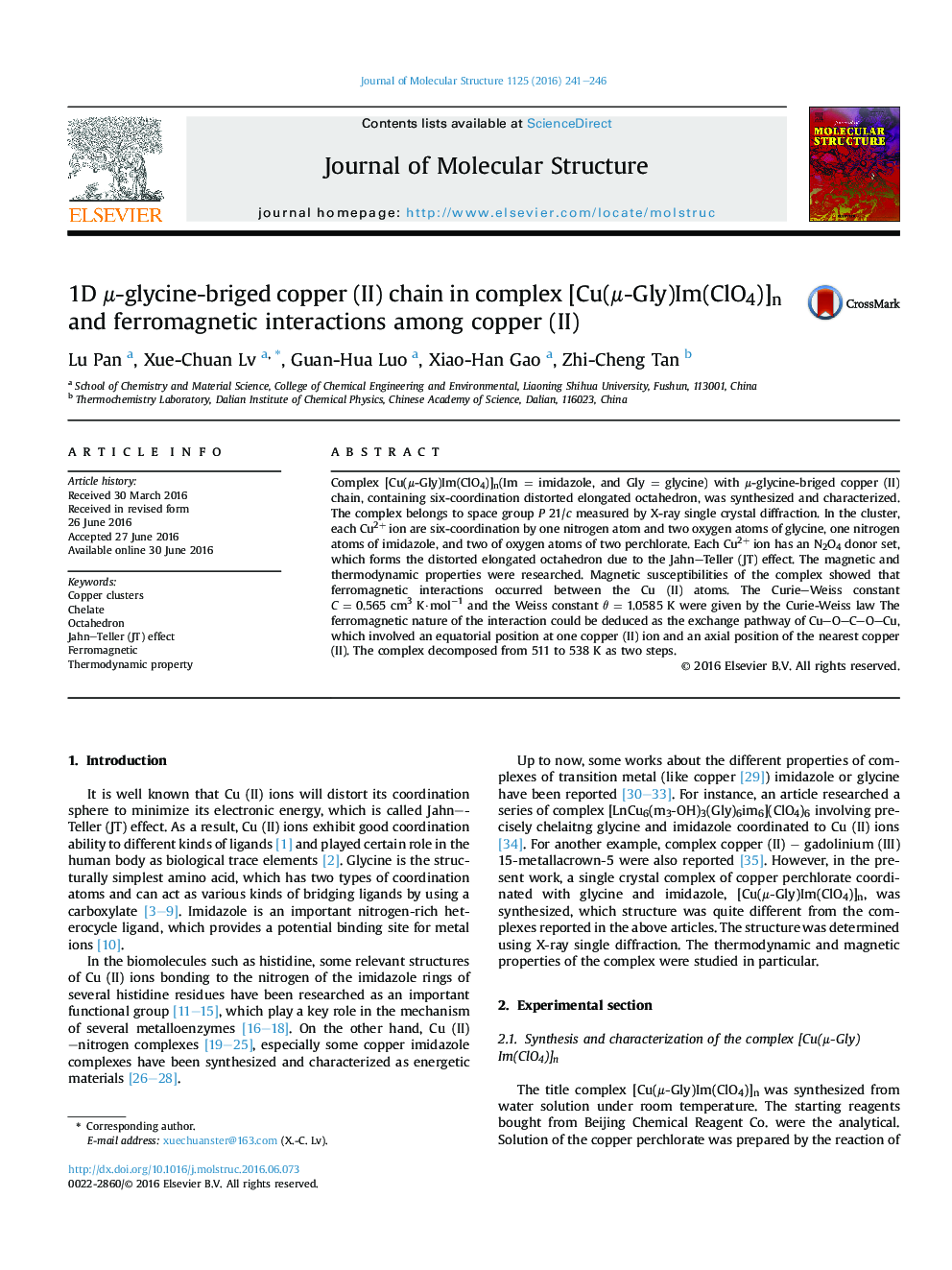 • Complex [Cu(μ-Gly)Im(ClO4)]n was synthesized, which belongs to space group P 21/c.
• The forming of distorted elongated octahedron dues to the Jahn–Teller (JT) effect.
• Ferromagnetic interactions occurred between the Cu (II) atoms.
• The Curie–Weiss constant and the Weiss constant were given.
• The complex decomposed from 511 to 538 K as two steps.

Complex [Cu(μ-Gly)Im(ClO4)]n(Im = imidazole, and Gly = glycine) with μ-glycine-briged copper (II) chain, containing six-coordination distorted elongated octahedron, was synthesized and characterized. The complex belongs to space group P 21/c measured by X-ray single crystal diffraction. In the cluster, each Cu2+ ion are six-coordination by one nitrogen atom and two oxygen atoms of glycine, one nitrogen atoms of imidazole, and two of oxygen atoms of two perchlorate. Each Cu2+ ion has an N2O4 donor set, which forms the distorted elongated octahedron due to the Jahn–Teller (JT) effect. The magnetic and thermodynamic properties were researched. Magnetic susceptibilities of the complex showed that ferromagnetic interactions occurred between the Cu (II) atoms. The Curie–Weiss constant C = 0.565 cm3 K·mol−1 and the Weiss constant θ = 1.0585 K were given by the Curie-Weiss law The ferromagnetic nature of the interaction could be deduced as the exchange pathway of CuOCOCu, which involved an equatorial position at one copper (II) ion and an axial position of the nearest copper (II). The complex decomposed from 511 to 538 K as two steps.