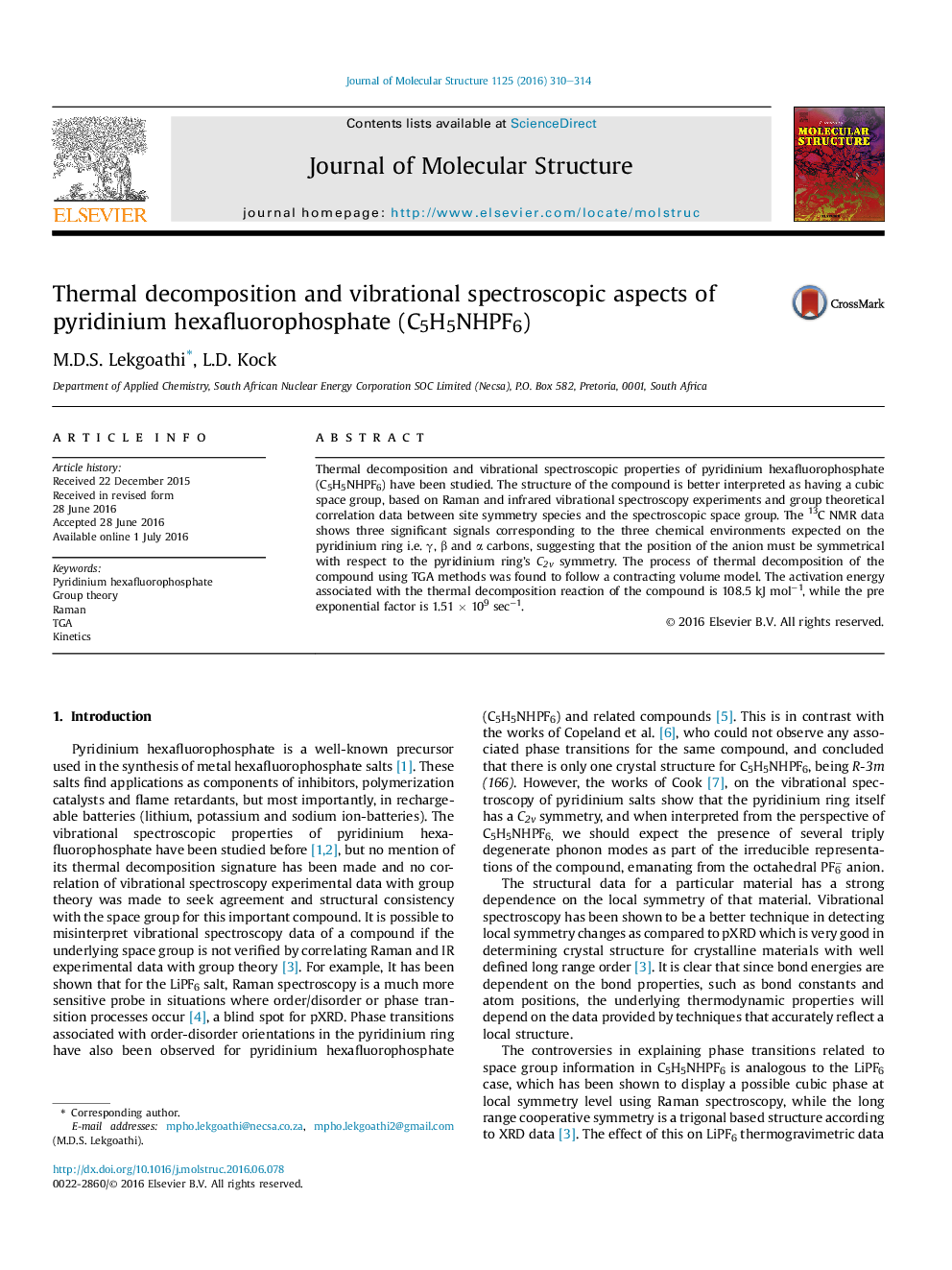 Thermal decomposition and vibrational spectroscopic properties of pyridinium hexafluorophosphate (C5H5NHPF6) have been studied. The structure of the compound is better interpreted as having a cubic space group, based on Raman and infrared vibrational spectroscopy experiments and group theoretical correlation data between site symmetry species and the spectroscopic space group. The 13C NMR data shows three significant signals corresponding to the three chemical environments expected on the pyridinium ring i.e. γ, β and α carbons, suggesting that the position of the anion must be symmetrical with respect to the pyridinium ring’s C2v symmetry. The process of thermal decomposition of the compound using TGA methods was found to follow a contracting volume model. The activation energy associated with the thermal decomposition reaction of the compound is 108.5 kJ mol−1, while the pre exponential factor is 1.51 × 109 sec−1.