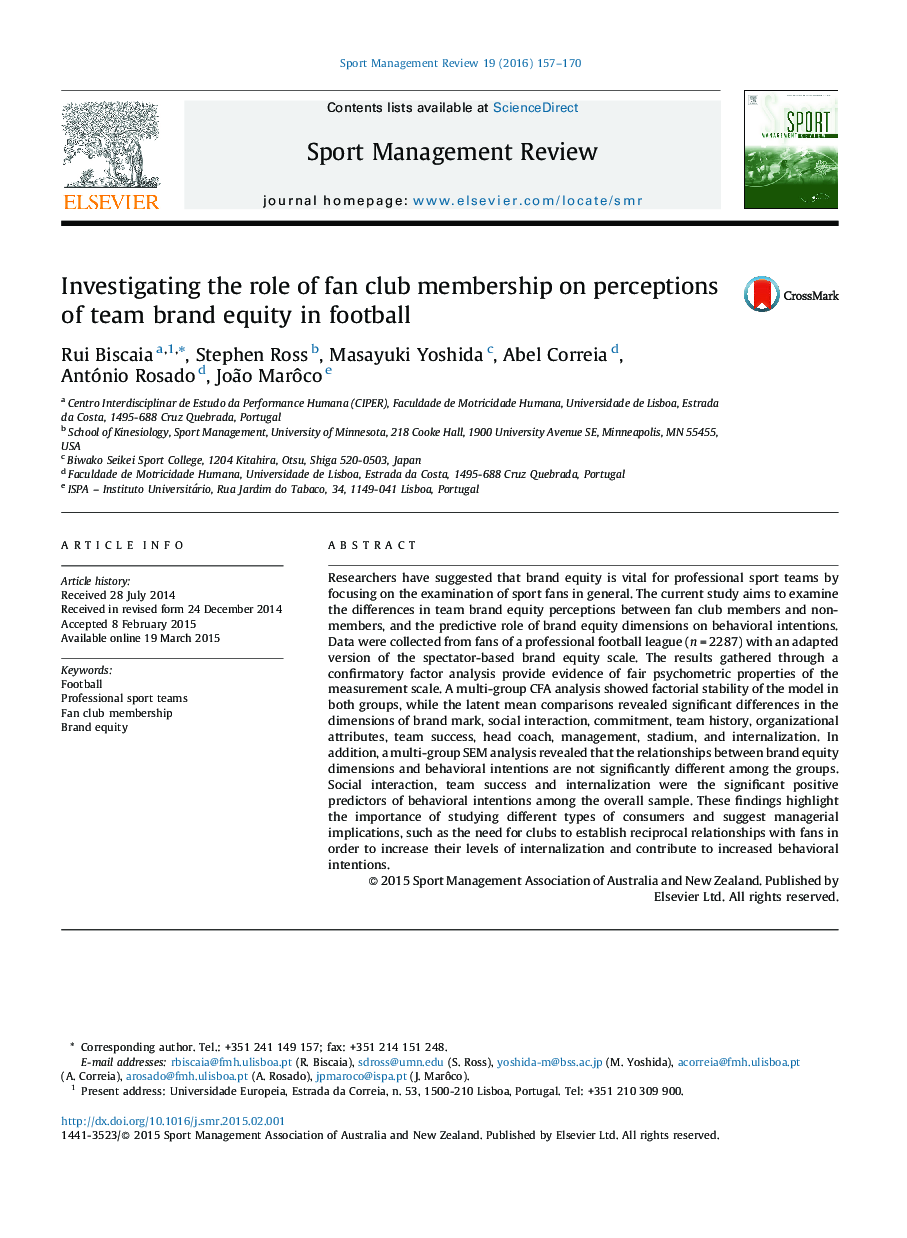 Researchers have suggested that brand equity is vital for professional sport teams by focusing on the examination of sport fans in general. The current study aims to examine the differences in team brand equity perceptions between fan club members and non-members, and the predictive role of brand equity dimensions on behavioral intentions. Data were collected from fans of a professional football league (n = 2287) with an adapted version of the spectator-based brand equity scale. The results gathered through a confirmatory factor analysis provide evidence of fair psychometric properties of the measurement scale. A multi-group CFA analysis showed factorial stability of the model in both groups, while the latent mean comparisons revealed significant differences in the dimensions of brand mark, social interaction, commitment, team history, organizational attributes, team success, head coach, management, stadium, and internalization. In addition, a multi-group SEM analysis revealed that the relationships between brand equity dimensions and behavioral intentions are not significantly different among the groups. Social interaction, team success and internalization were the significant positive predictors of behavioral intentions among the overall sample. These findings highlight the importance of studying different types of consumers and suggest managerial implications, such as the need for clubs to establish reciprocal relationships with fans in order to increase their levels of internalization and contribute to increased behavioral intentions.