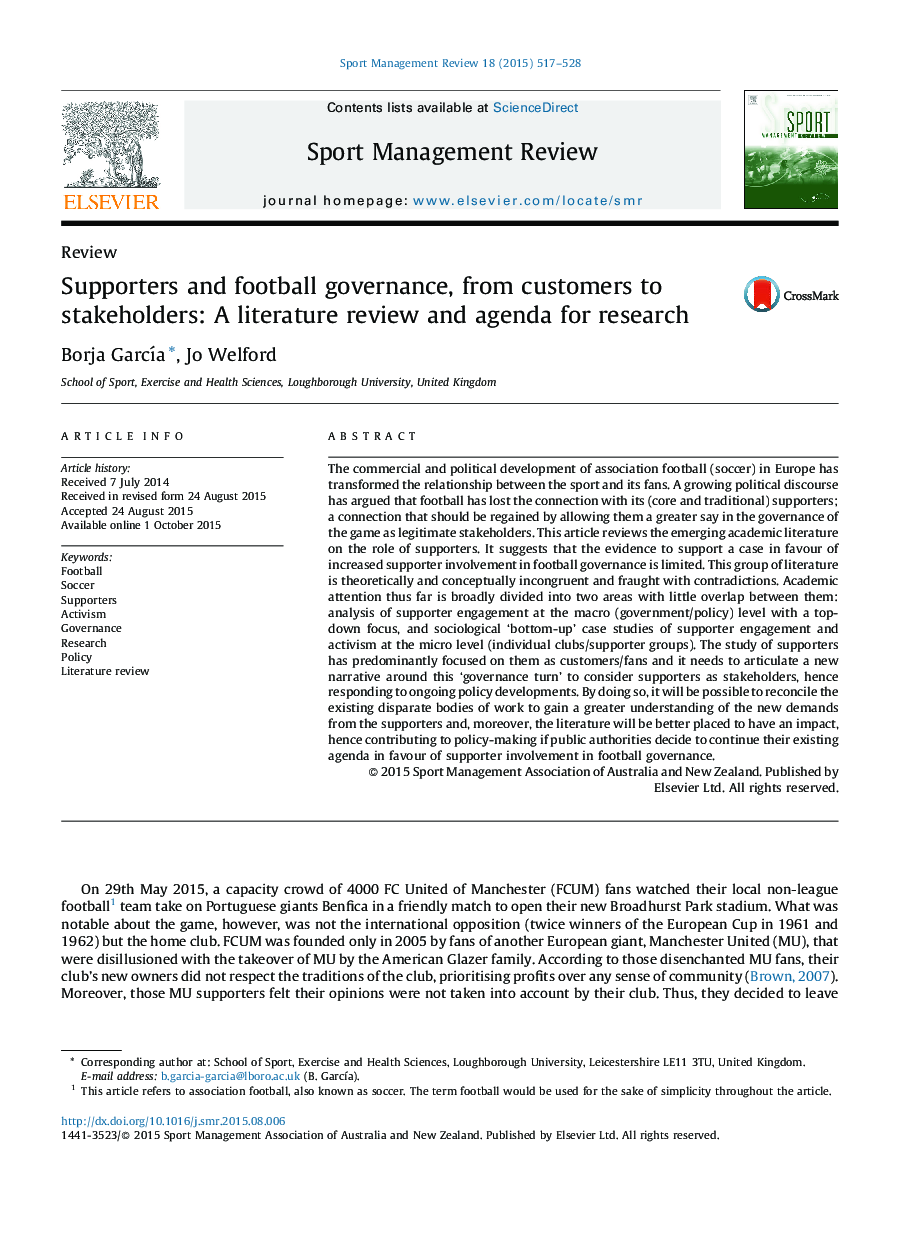 • Review of the academic study of supporters’ involvement in football governance.
• Current literature focuses on top-down policy initiatives and small case studies.
• We recommend systematic comparative study focusing on success and effectiveness.
• We recommend the use of collective or multiple case studies.
• Research must be critical of current models, giving a voice to supporters in order to understand their motives for collective action.

The commercial and political development of association football (soccer) in Europe has transformed the relationship between the sport and its fans. A growing political discourse has argued that football has lost the connection with its (core and traditional) supporters; a connection that should be regained by allowing them a greater say in the governance of the game as legitimate stakeholders. This article reviews the emerging academic literature on the role of supporters. It suggests that the evidence to support a case in favour of increased supporter involvement in football governance is limited. This group of literature is theoretically and conceptually incongruent and fraught with contradictions. Academic attention thus far is broadly divided into two areas with little overlap between them: analysis of supporter engagement at the macro (government/policy) level with a top-down focus, and sociological ‘bottom-up’ case studies of supporter engagement and activism at the micro level (individual clubs/supporter groups). The study of supporters has predominantly focused on them as customers/fans and it needs to articulate a new narrative around this ‘governance turn’ to consider supporters as stakeholders, hence responding to ongoing policy developments. By doing so, it will be possible to reconcile the existing disparate bodies of work to gain a greater understanding of the new demands from the supporters and, moreover, the literature will be better placed to have an impact, hence contributing to policy-making if public authorities decide to continue their existing agenda in favour of supporter involvement in football governance.