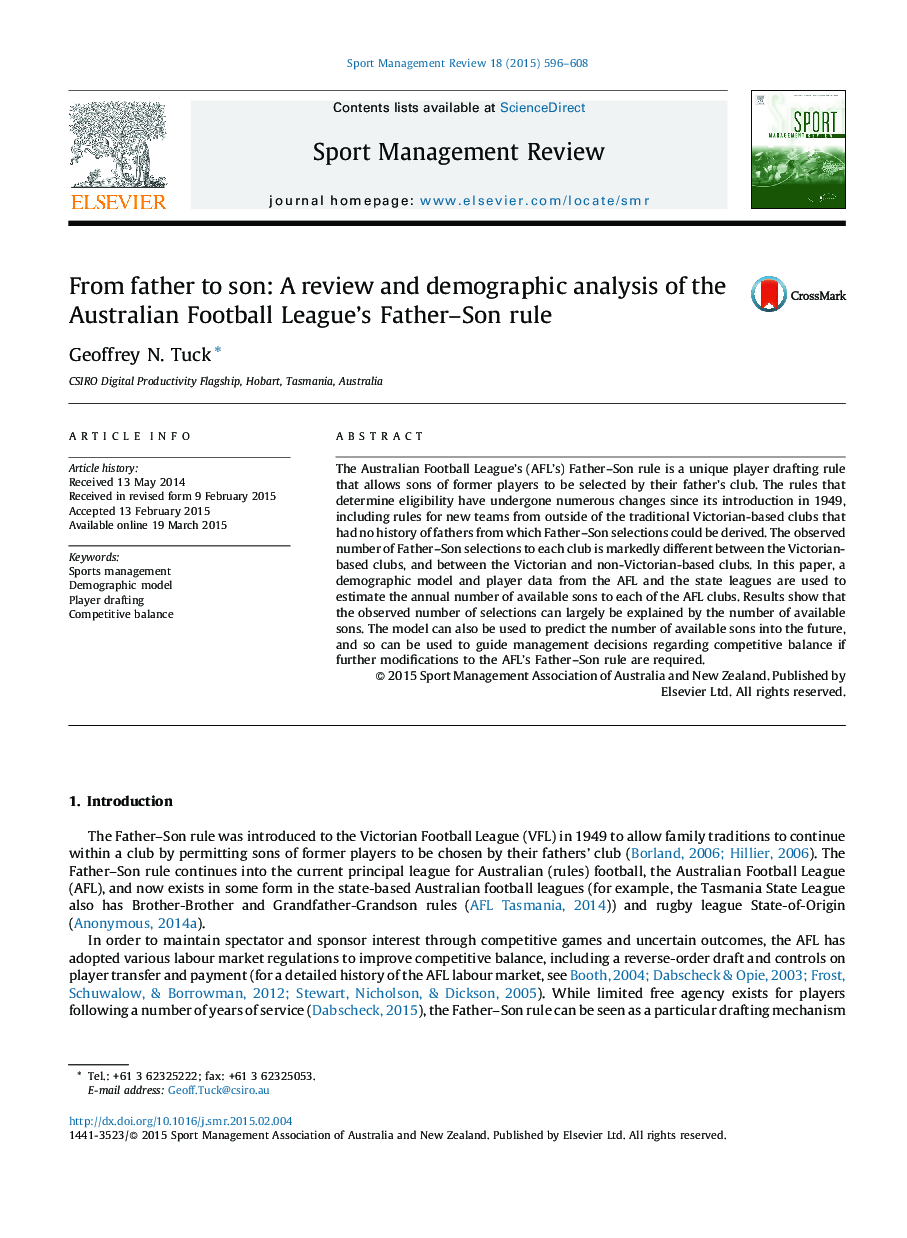 • Sons of ex-players can be preferentially selected to their fathers’ club.
• Considerable disparity exists in the observed number of selections between clubs.
• A demographic model of expected sons can explain the disparity.
• The opportunity to select players has differed considerably between clubs.
• The model can be used by managers to promote between-team equity.

The Australian Football League's (AFL's) Father–Son rule is a unique player drafting rule that allows sons of former players to be selected by their father's club. The rules that determine eligibility have undergone numerous changes since its introduction in 1949, including rules for new teams from outside of the traditional Victorian-based clubs that had no history of fathers from which Father–Son selections could be derived. The observed number of Father–Son selections to each club is markedly different between the Victorian-based clubs, and between the Victorian and non-Victorian-based clubs. In this paper, a demographic model and player data from the AFL and the state leagues are used to estimate the annual number of available sons to each of the AFL clubs. Results show that the observed number of selections can largely be explained by the number of available sons. The model can also be used to predict the number of available sons into the future, and so can be used to guide management decisions regarding competitive balance if further modifications to the AFL's Father–Son rule are required.