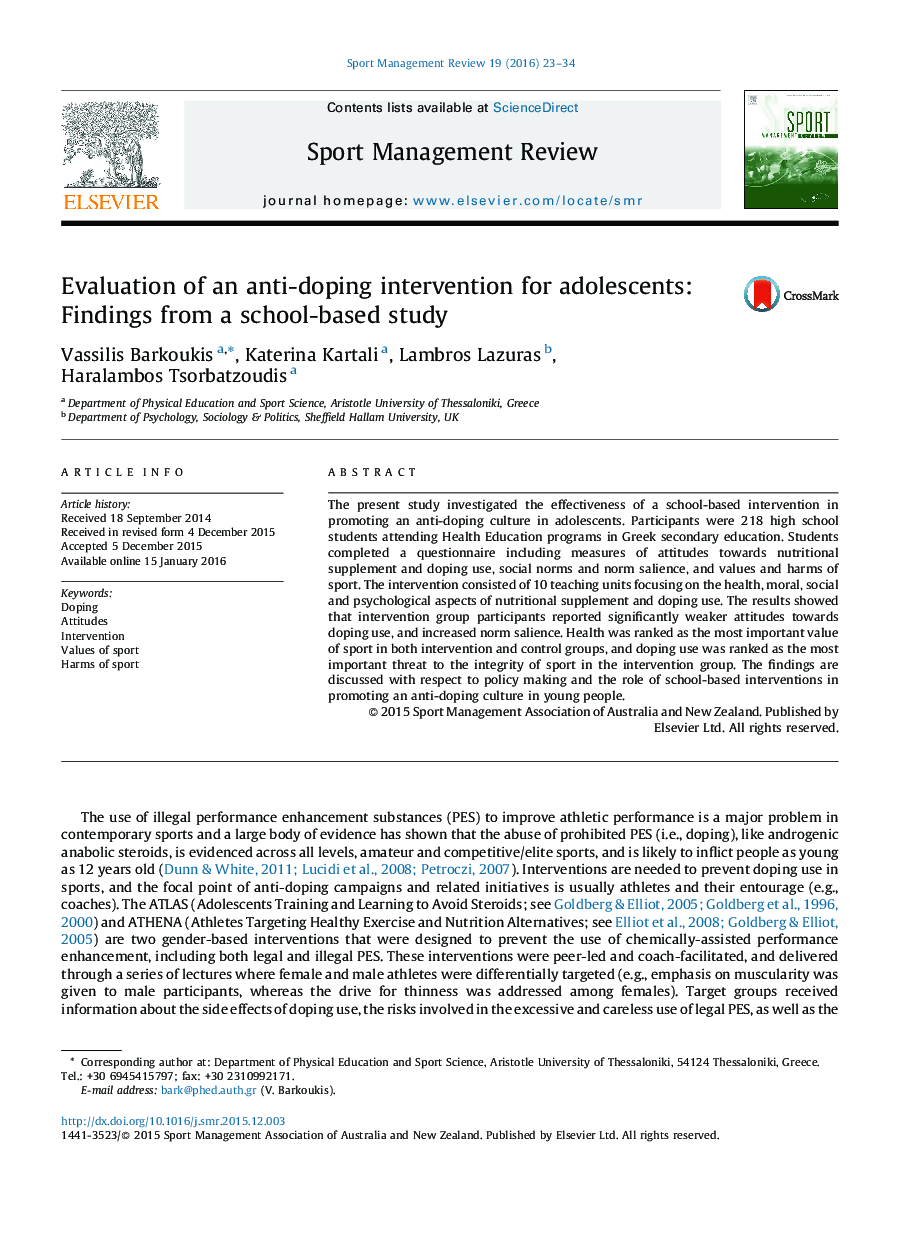 The present study investigated the effectiveness of a school-based intervention in promoting an anti-doping culture in adolescents. Participants were 218 high school students attending Health Education programs in Greek secondary education. Students completed a questionnaire including measures of attitudes towards nutritional supplement and doping use, social norms and norm salience, and values and harms of sport. The intervention consisted of 10 teaching units focusing on the health, moral, social and psychological aspects of nutritional supplement and doping use. The results showed that intervention group participants reported significantly weaker attitudes towards doping use, and increased norm salience. Health was ranked as the most important value of sport in both intervention and control groups, and doping use was ranked as the most important threat to the integrity of sport in the intervention group. The findings are discussed with respect to policy making and the role of school-based interventions in promoting an anti-doping culture in young people.