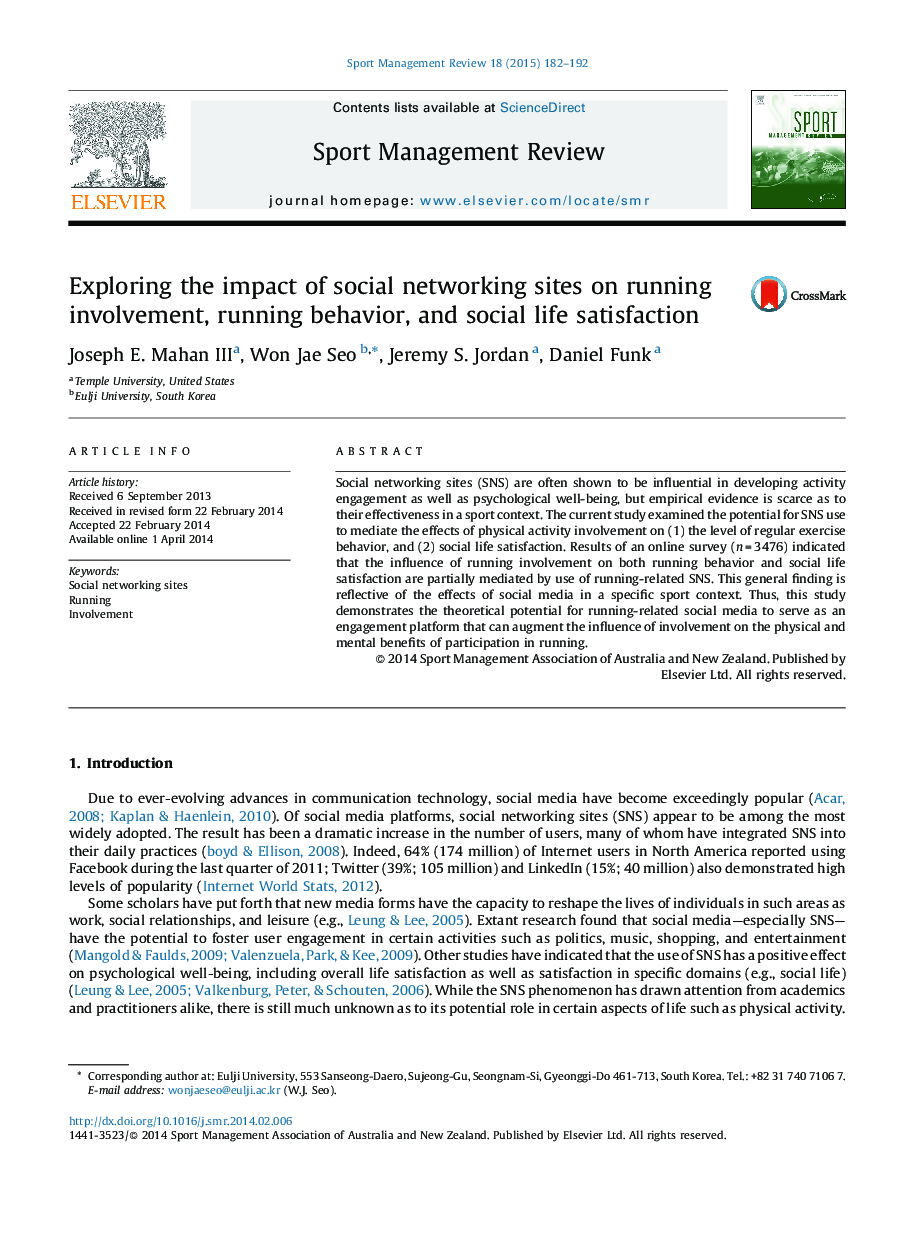 Social networking sites (SNS) are often shown to be influential in developing activity engagement as well as psychological well-being, but empirical evidence is scarce as to their effectiveness in a sport context. The current study examined the potential for SNS use to mediate the effects of physical activity involvement on (1) the level of regular exercise behavior, and (2) social life satisfaction. Results of an online survey (n = 3476) indicated that the influence of running involvement on both running behavior and social life satisfaction are partially mediated by use of running-related SNS. This general finding is reflective of the effects of social media in a specific sport context. Thus, this study demonstrates the theoretical potential for running-related social media to serve as an engagement platform that can augment the influence of involvement on the physical and mental benefits of participation in running.