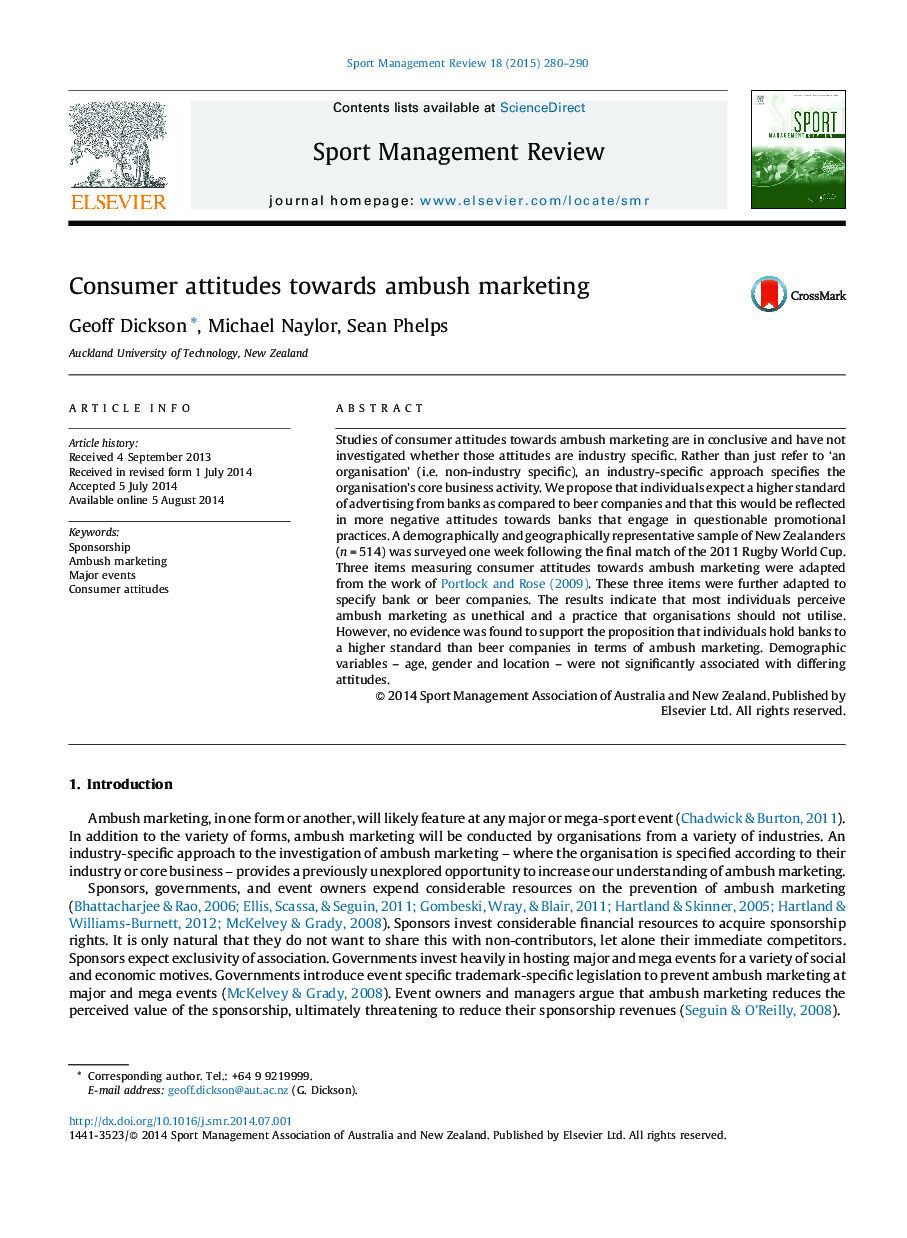 Studies of consumer attitudes towards ambush marketing are in conclusive and have not investigated whether those attitudes are industry specific. Rather than just refer to ‘an organisation’ (i.e. non-industry specific), an industry-specific approach specifies the organisation's core business activity. We propose that individuals expect a higher standard of advertising from banks as compared to beer companies and that this would be reflected in more negative attitudes towards banks that engage in questionable promotional practices. A demographically and geographically representative sample of New Zealanders (n = 514) was surveyed one week following the final match of the 2011 Rugby World Cup. Three items measuring consumer attitudes towards ambush marketing were adapted from the work of Portlock and Rose (2009). These three items were further adapted to specify bank or beer companies. The results indicate that most individuals perceive ambush marketing as unethical and a practice that organisations should not utilise. However, no evidence was found to support the proposition that individuals hold banks to a higher standard than beer companies in terms of ambush marketing. Demographic variables – age, gender and location – were not significantly associated with differing attitudes.