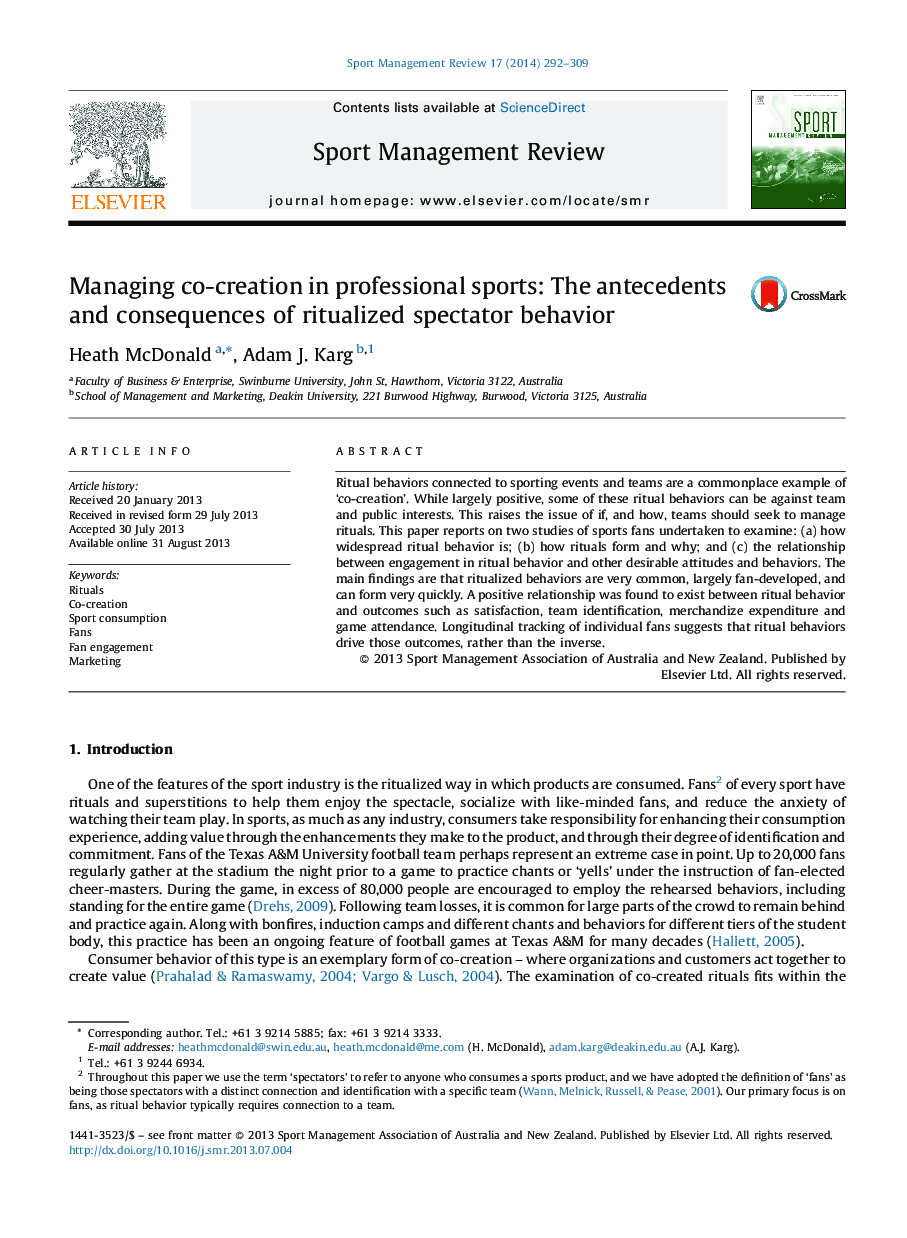 • We conduct the first longitudinal examination of sport ritual behavior using mixed methods.
• Rituals are found to form quickly, and involve adaptations of existing behavior to suit the new teams.
• Fan rituals play a key role in building customer involvement and identification among those who participate, but also benefit those who do not participate directly.
• Management of rituals to avoid possible negative impacts is best done by encouraging fan groups to enforce positive group norms.

Ritual behaviors connected to sporting events and teams are a commonplace example of ‘co-creation’. While largely positive, some of these ritual behaviors can be against team and public interests. This raises the issue of if, and how, teams should seek to manage rituals. This paper reports on two studies of sports fans undertaken to examine: (a) how widespread ritual behavior is; (b) how rituals form and why; and (c) the relationship between engagement in ritual behavior and other desirable attitudes and behaviors. The main findings are that ritualized behaviors are very common, largely fan-developed, and can form very quickly. A positive relationship was found to exist between ritual behavior and outcomes such as satisfaction, team identification, merchandize expenditure and game attendance. Longitudinal tracking of individual fans suggests that ritual behaviors drive those outcomes, rather than the inverse.