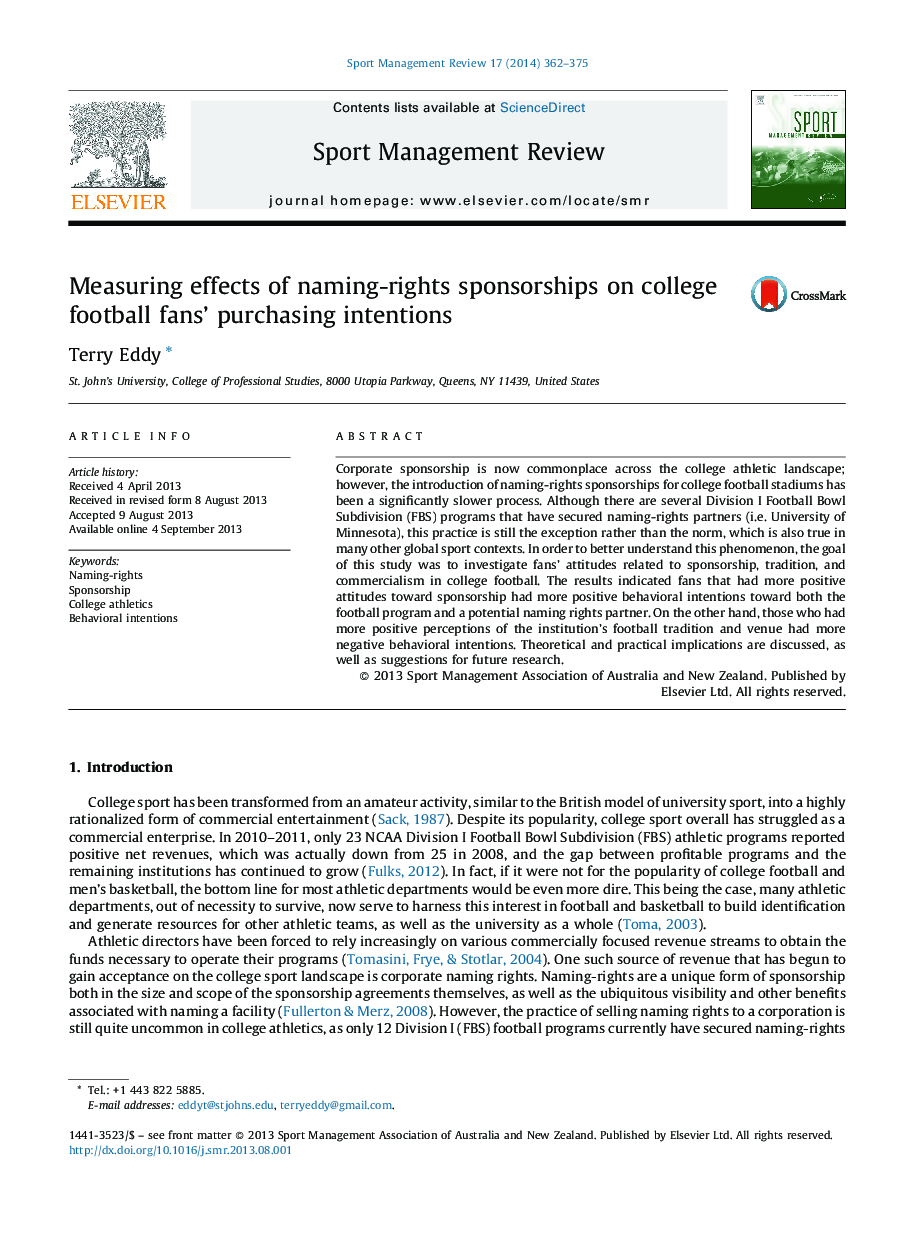 Corporate sponsorship is now commonplace across the college athletic landscape; however, the introduction of naming-rights sponsorships for college football stadiums has been a significantly slower process. Although there are several Division I Football Bowl Subdivision (FBS) programs that have secured naming-rights partners (i.e. University of Minnesota), this practice is still the exception rather than the norm, which is also true in many other global sport contexts. In order to better understand this phenomenon, the goal of this study was to investigate fans’ attitudes related to sponsorship, tradition, and commercialism in college football. The results indicated fans that had more positive attitudes toward sponsorship had more positive behavioral intentions toward both the football program and a potential naming rights partner. On the other hand, those who had more positive perceptions of the institution's football tradition and venue had more negative behavioral intentions. Theoretical and practical implications are discussed, as well as suggestions for future research.