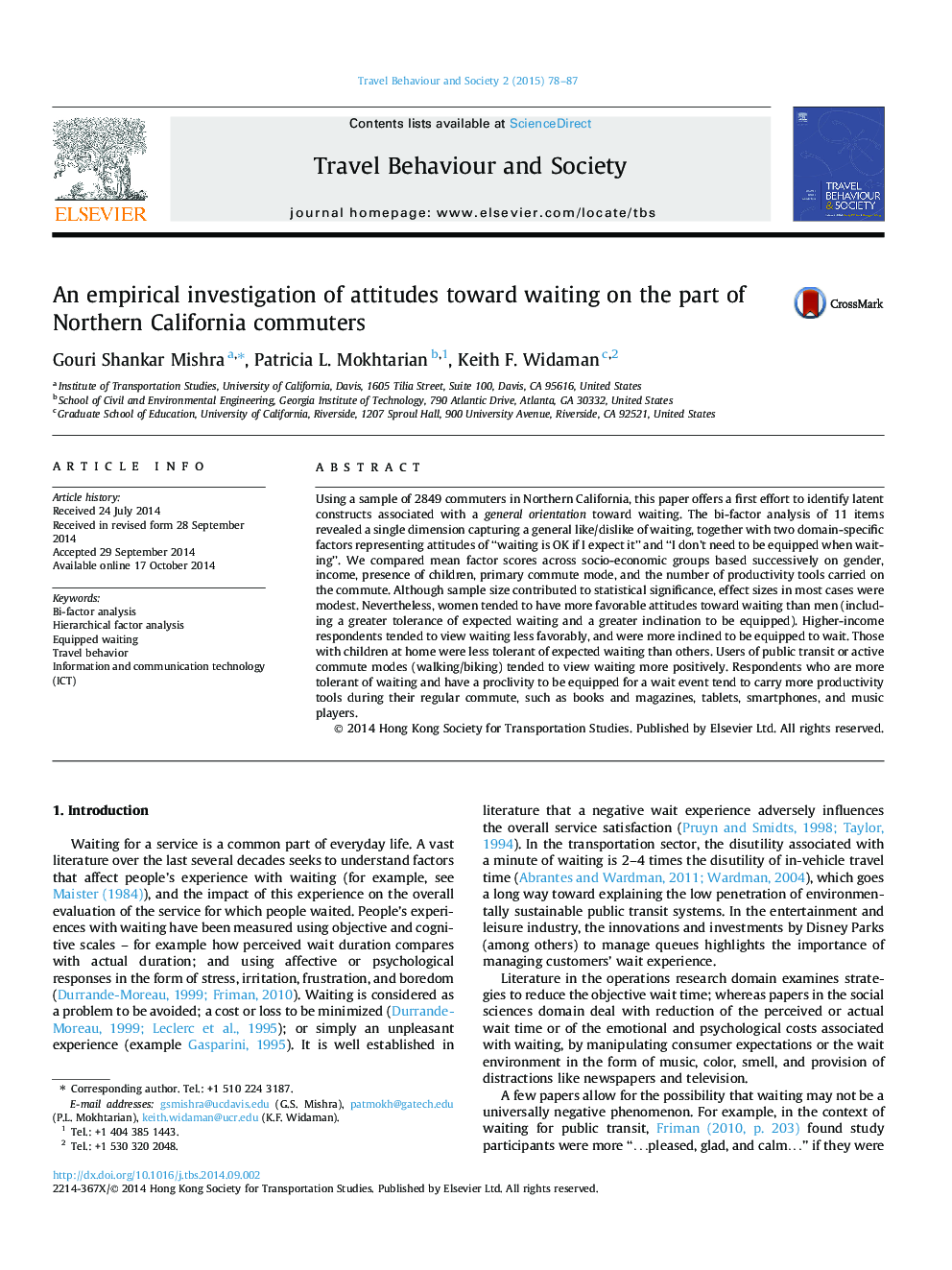 Using a sample of 2849 commuters in Northern California, this paper offers a first effort to identify latent constructs associated with a general orientation toward waiting. The bi-factor analysis of 11 items revealed a single dimension capturing a general like/dislike of waiting, together with two domain-specific factors representing attitudes of “waiting is OK if I expect it” and “I don’t need to be equipped when waiting”. We compared mean factor scores across socio-economic groups based successively on gender, income, presence of children, primary commute mode, and the number of productivity tools carried on the commute. Although sample size contributed to statistical significance, effect sizes in most cases were modest. Nevertheless, women tended to have more favorable attitudes toward waiting than men (including a greater tolerance of expected waiting and a greater inclination to be equipped). Higher-income respondents tended to view waiting less favorably, and were more inclined to be equipped to wait. Those with children at home were less tolerant of expected waiting than others. Users of public transit or active commute modes (walking/biking) tended to view waiting more positively. Respondents who are more tolerant of waiting and have a proclivity to be equipped for a wait event tend to carry more productivity tools during their regular commute, such as books and magazines, tablets, smartphones, and music players.