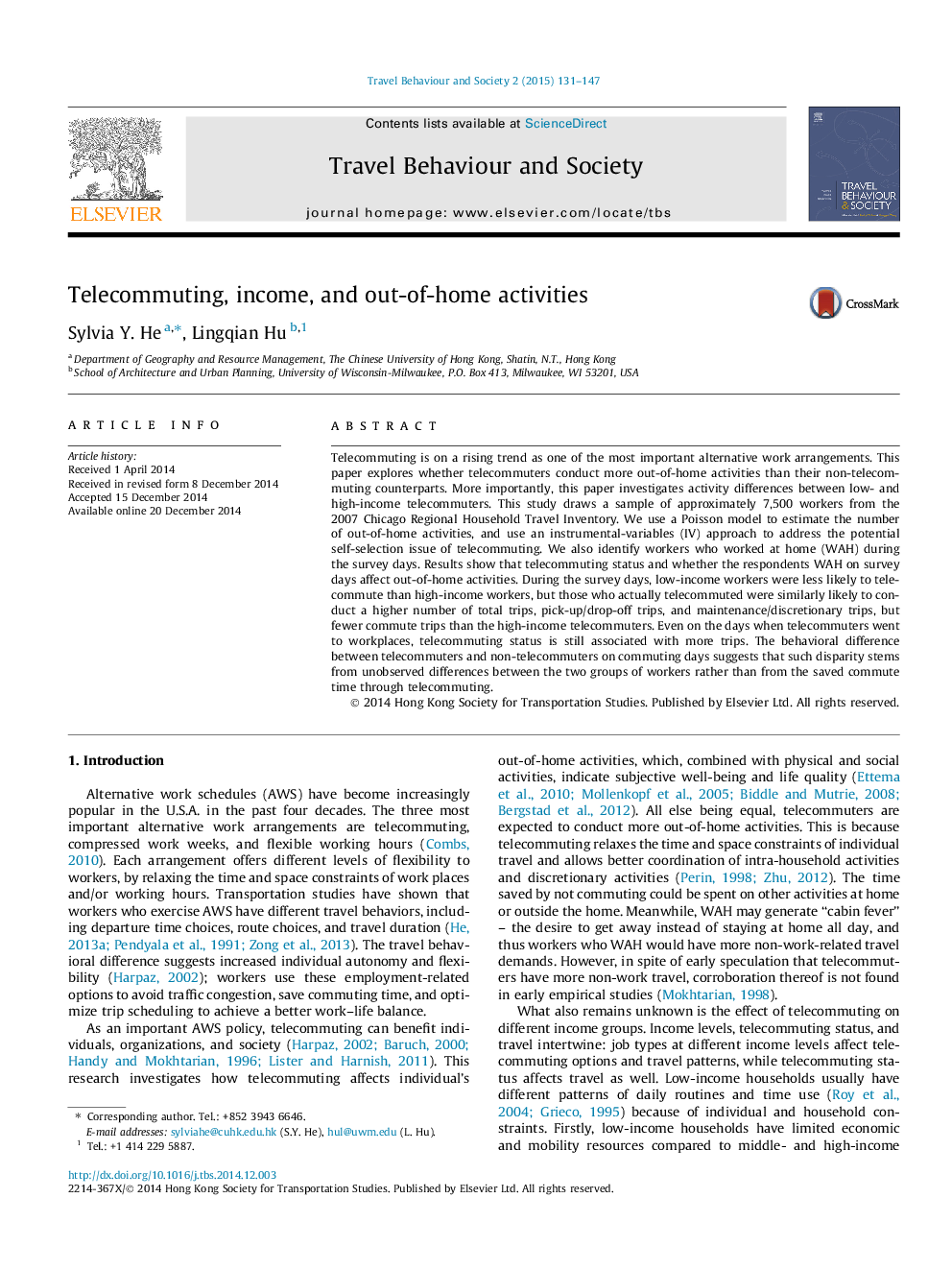 Telecommuting is on a rising trend as one of the most important alternative work arrangements. This paper explores whether telecommuters conduct more out-of-home activities than their non-telecommuting counterparts. More importantly, this paper investigates activity differences between low- and high-income telecommuters. This study draws a sample of approximately 7,500 workers from the 2007 Chicago Regional Household Travel Inventory. We use a Poisson model to estimate the number of out-of-home activities, and use an instrumental-variables (IV) approach to address the potential self-selection issue of telecommuting. We also identify workers who worked at home (WAH) during the survey days. Results show that telecommuting status and whether the respondents WAH on survey days affect out-of-home activities. During the survey days, low-income workers were less likely to telecommute than high-income workers, but those who actually telecommuted were similarly likely to conduct a higher number of total trips, pick-up/drop-off trips, and maintenance/discretionary trips, but fewer commute trips than the high-income telecommuters. Even on the days when telecommuters went to workplaces, telecommuting status is still associated with more trips. The behavioral difference between telecommuters and non-telecommuters on commuting days suggests that such disparity stems from unobserved differences between the two groups of workers rather than from the saved commute time through telecommuting.