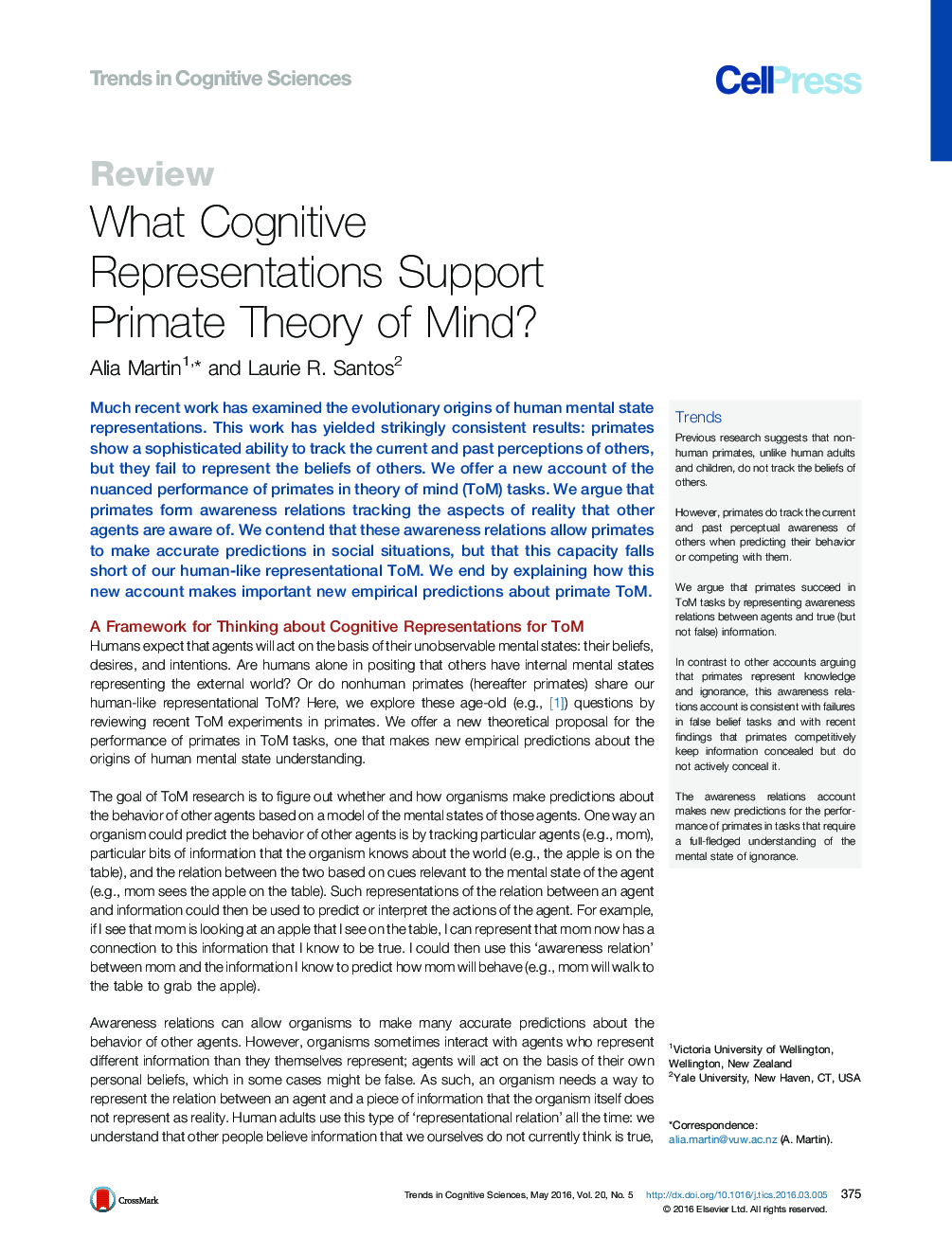 Much recent work has examined the evolutionary origins of human mental state representations. This work has yielded strikingly consistent results: primates show a sophisticated ability to track the current and past perceptions of others, but they fail to represent the beliefs of others. We offer a new account of the nuanced performance of primates in theory of mind (ToM) tasks. We argue that primates form awareness relations tracking the aspects of reality that other agents are aware of. We contend that these awareness relations allow primates to make accurate predictions in social situations, but that this capacity falls short of our human-like representational ToM. We end by explaining how this new account makes important new empirical predictions about primate ToM.

TrendsPrevious research suggests that nonhuman primates, unlike human adults and children, do not track the beliefs of others.However, primates do track the current and past perceptual awareness of others when predicting their behavior or competing with them.We argue that primates succeed in ToM tasks by representing awareness relations between agents and true (but not false) information.In contrast to other accounts arguing that primates represent knowledge and ignorance, this awareness relations account is consistent with failures in false belief tasks and with recent findings that primates competitively keep information concealed but do not actively conceal it.The awareness relations account makes new predictions for the performance of primates in tasks that require a full-fledged understanding of the mental state of ignorance.