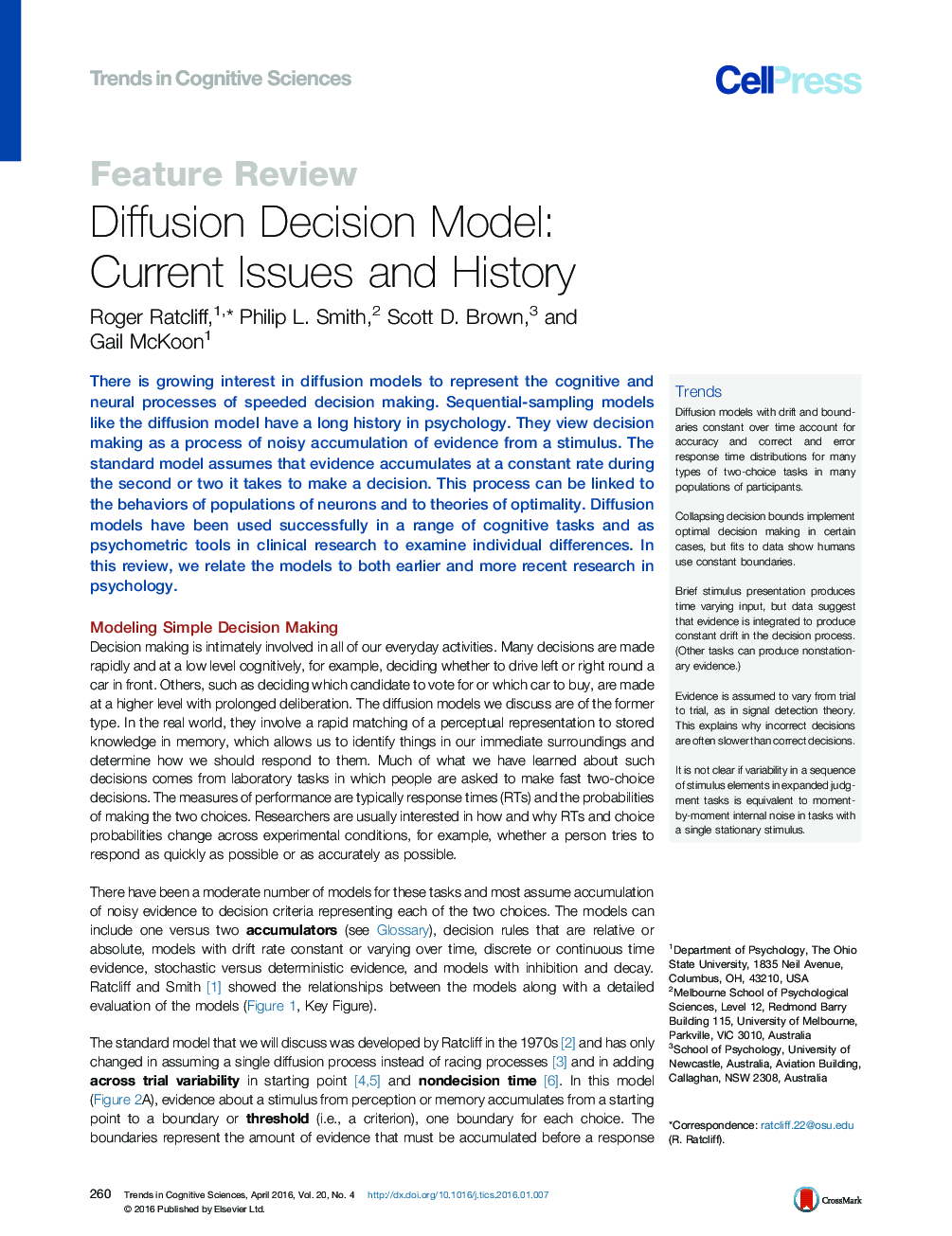 There is growing interest in diffusion models to represent the cognitive and neural processes of speeded decision making. Sequential-sampling models like the diffusion model have a long history in psychology. They view decision making as a process of noisy accumulation of evidence from a stimulus. The standard model assumes that evidence accumulates at a constant rate during the second or two it takes to make a decision. This process can be linked to the behaviors of populations of neurons and to theories of optimality. Diffusion models have been used successfully in a range of cognitive tasks and as psychometric tools in clinical research to examine individual differences. In this review, we relate the models to both earlier and more recent research in psychology.

TrendsDiffusion models with drift and boundaries constant over time account for accuracy and correct and error response time distributions for many types of two-choice tasks in many populations of participants.Collapsing decision bounds implement optimal decision making in certain cases, but fits to data show humans use constant boundaries.Brief stimulus presentation produces time varying input, but data suggest that evidence is integrated to produce constant drift in the decision process. (Other tasks can produce nonstationary evidence.)Evidence is assumed to vary from trial to trial, as in signal detection theory. This explains why incorrect decisions are often slower than correct decisions.It is not clear if variability in a sequence of stimulus elements in expanded judgment tasks is equivalent to moment-by-moment internal noise in tasks with a single stationary stimulus.