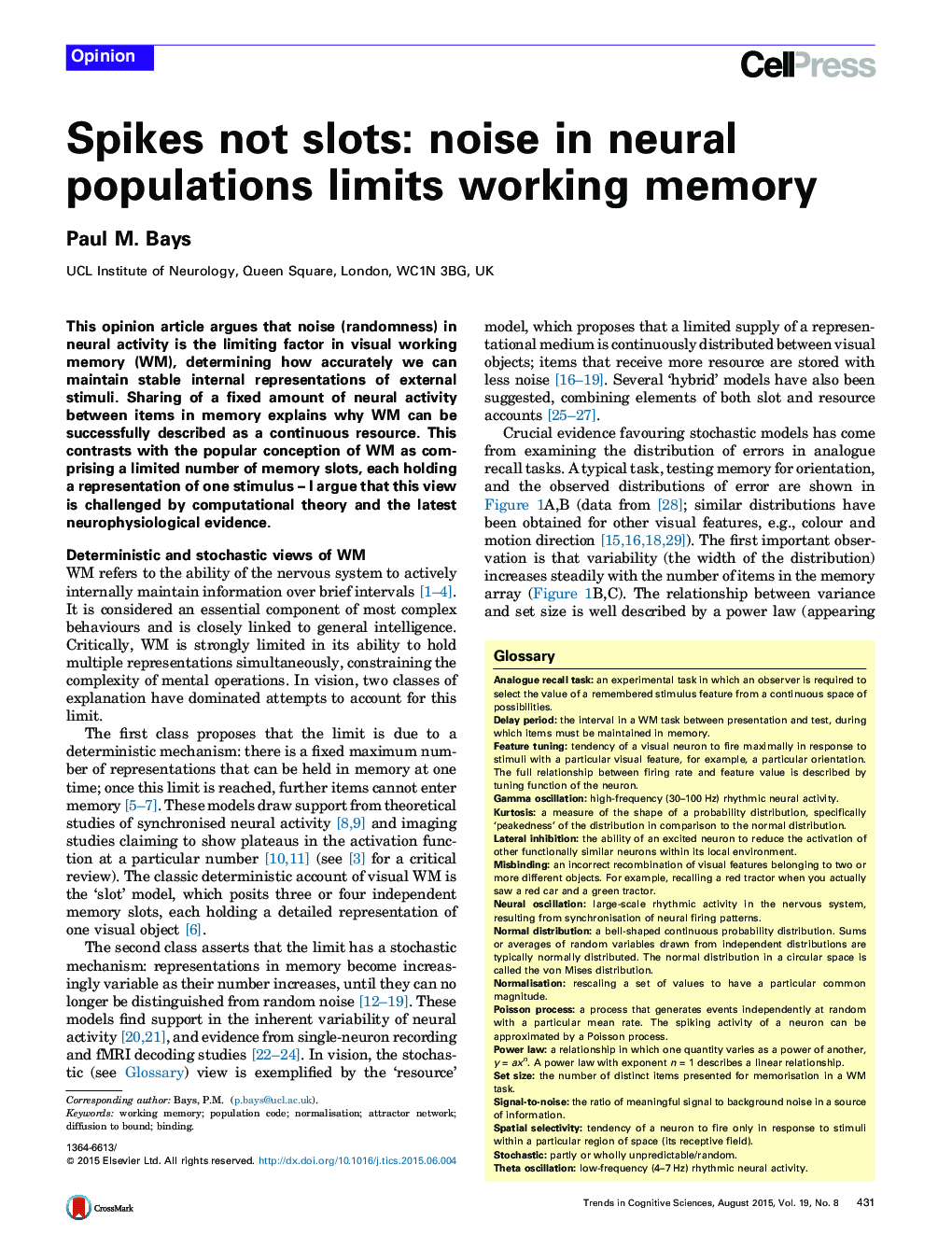 This opinion article argues that noise (randomness) in neural activity is the limiting factor in visual working memory (WM), determining how accurately we can maintain stable internal representations of external stimuli. Sharing of a fixed amount of neural activity between items in memory explains why WM can be successfully described as a continuous resource. This contrasts with the popular conception of WM as comprising a limited number of memory slots, each holding a representation of one stimulus – I argue that this view is challenged by computational theory and the latest neurophysiological evidence.