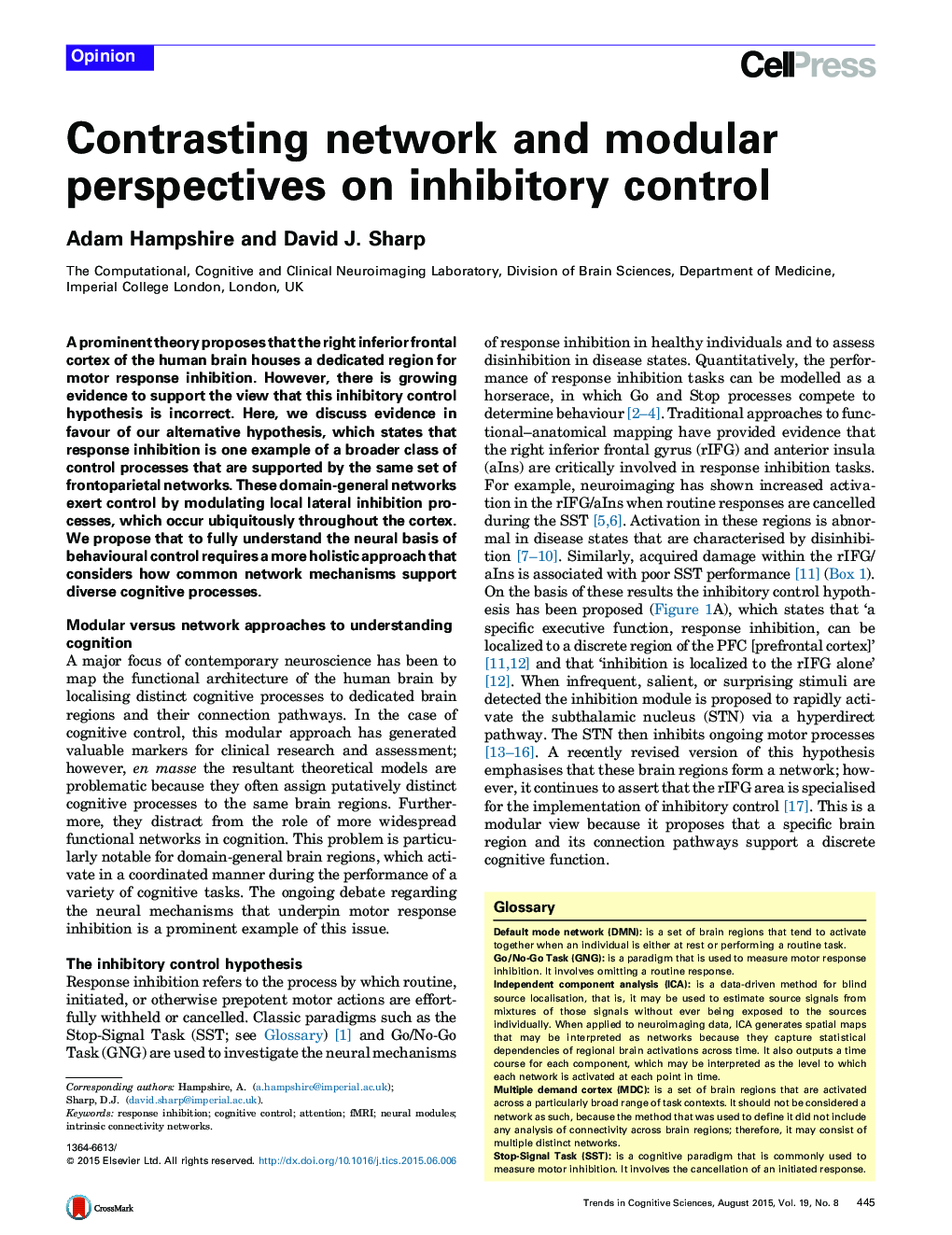 • Modular accounts of motor inhibition are functionally and anatomically overspecified.
• Inhibition involves entire networks as opposed to individual modules or connections.
• These networks are domain-general because they support diverse cognitive processes.
• Inhibitory control can be viewed as an emergent property of biased local competition.

A prominent theory proposes that the right inferior frontal cortex of the human brain houses a dedicated region for motor response inhibition. However, there is growing evidence to support the view that this inhibitory control hypothesis is incorrect. Here, we discuss evidence in favour of our alternative hypothesis, which states that response inhibition is one example of a broader class of control processes that are supported by the same set of frontoparietal networks. These domain-general networks exert control by modulating local lateral inhibition processes, which occur ubiquitously throughout the cortex. We propose that to fully understand the neural basis of behavioural control requires a more holistic approach that considers how common network mechanisms support diverse cognitive processes.