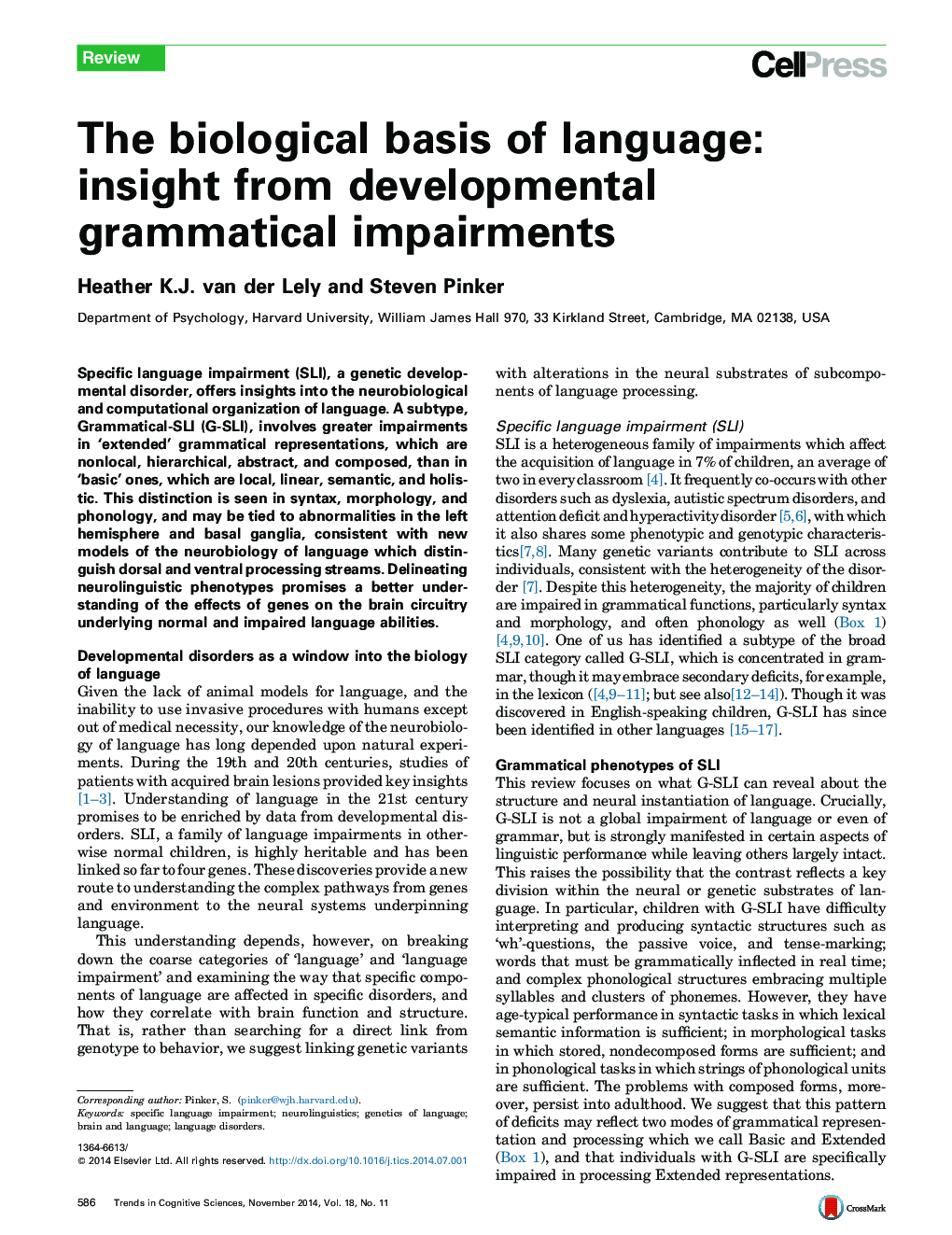 • Specific language impairment is a heterogeneous family of genetic developmental disorders.
• We have identified a subtype, Grammatical-SLI, which affects the children's syntax, morphology, and phonology in similar ways.
• Grammatical abilities are not impaired across the board: the children handle forms that are local, linear, semantic, and holistic, while stumbling on those that are nonlocal, hierarchical, abstract, and composed.
• The mosaic of impaired and spared abilities is consistent with new models of the neural bases of syntax, morphology, and phonology which distinguish several dorsal and ventral language pathways in the brain.
• We foresee substantial progress in the biology of language – evolution, genetics, neurobiology, computation, behavior – if language and language impairments are differentiated into underlying pathways and components.

Specific language impairment (SLI), a genetic developmental disorder, offers insights into the neurobiological and computational organization of language. A subtype, Grammatical-SLI (G-SLI), involves greater impairments in ‘extended’ grammatical representations, which are nonlocal, hierarchical, abstract, and composed, than in ‘basic’ ones, which are local, linear, semantic, and holistic. This distinction is seen in syntax, morphology, and phonology, and may be tied to abnormalities in the left hemisphere and basal ganglia, consistent with new models of the neurobiology of language which distinguish dorsal and ventral processing streams. Delineating neurolinguistic phenotypes promises a better understanding of the effects of genes on the brain circuitry underlying normal and impaired language abilities.