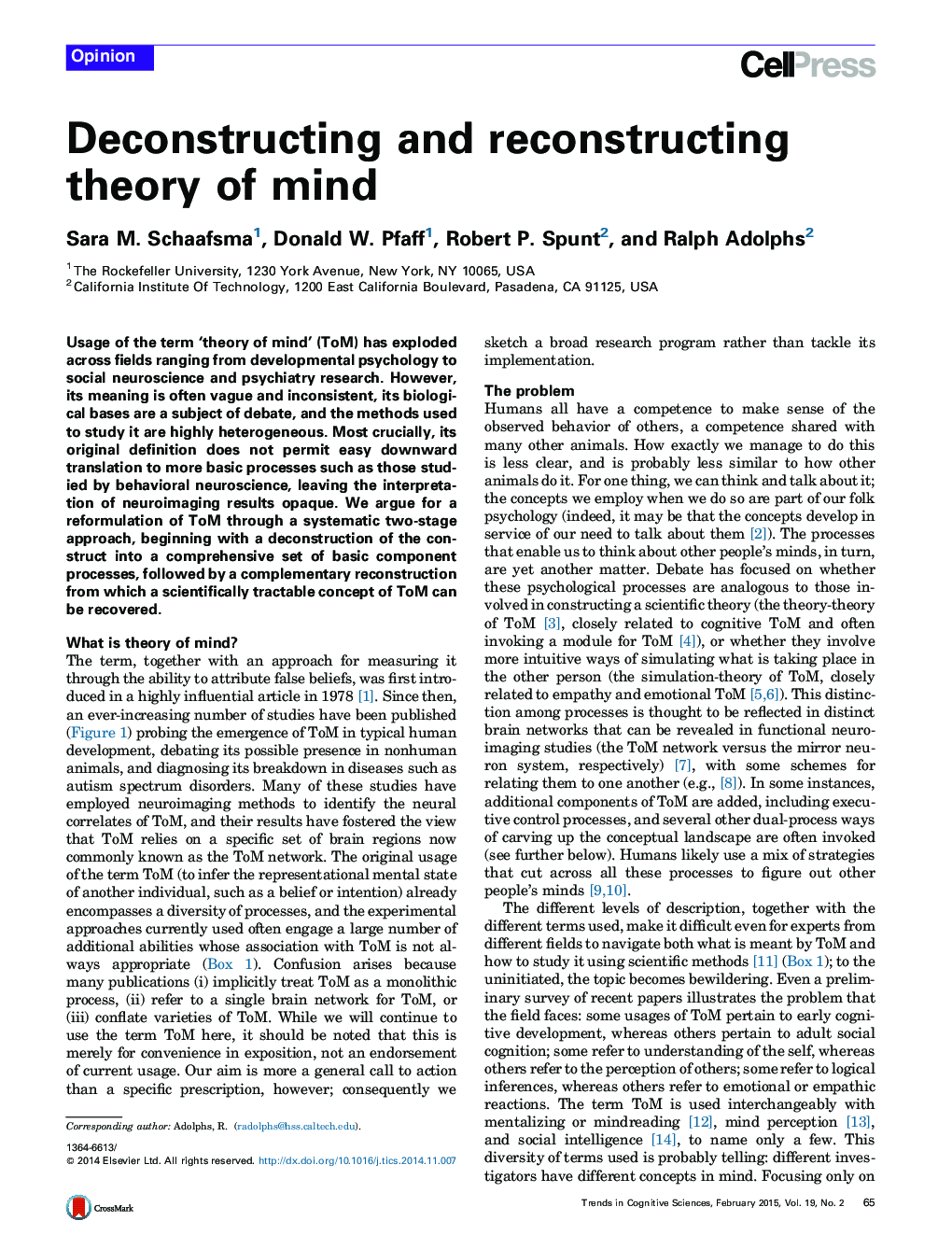 • Theory of mind (ToM) has been intended to represent a crucial component of human cognitive capacity.
• ToM is not constrained adequately in its diverse usages, and too much by anchoring to a single concept.
• We propose a two-stage approach to refine ToM.
• Deconstructing ToM will disassemble its essences into simpler processes.
• By systematically and heuristically recombining basic building blocks, ToM can be reconstructed.

Usage of the term ‘theory of mind’ (ToM) has exploded across fields ranging from developmental psychology to social neuroscience and psychiatry research. However, its meaning is often vague and inconsistent, its biological bases are a subject of debate, and the methods used to study it are highly heterogeneous. Most crucially, its original definition does not permit easy downward translation to more basic processes such as those studied by behavioral neuroscience, leaving the interpretation of neuroimaging results opaque. We argue for a reformulation of ToM through a systematic two-stage approach, beginning with a deconstruction of the construct into a comprehensive set of basic component processes, followed by a complementary reconstruction from which a scientifically tractable concept of ToM can be recovered.