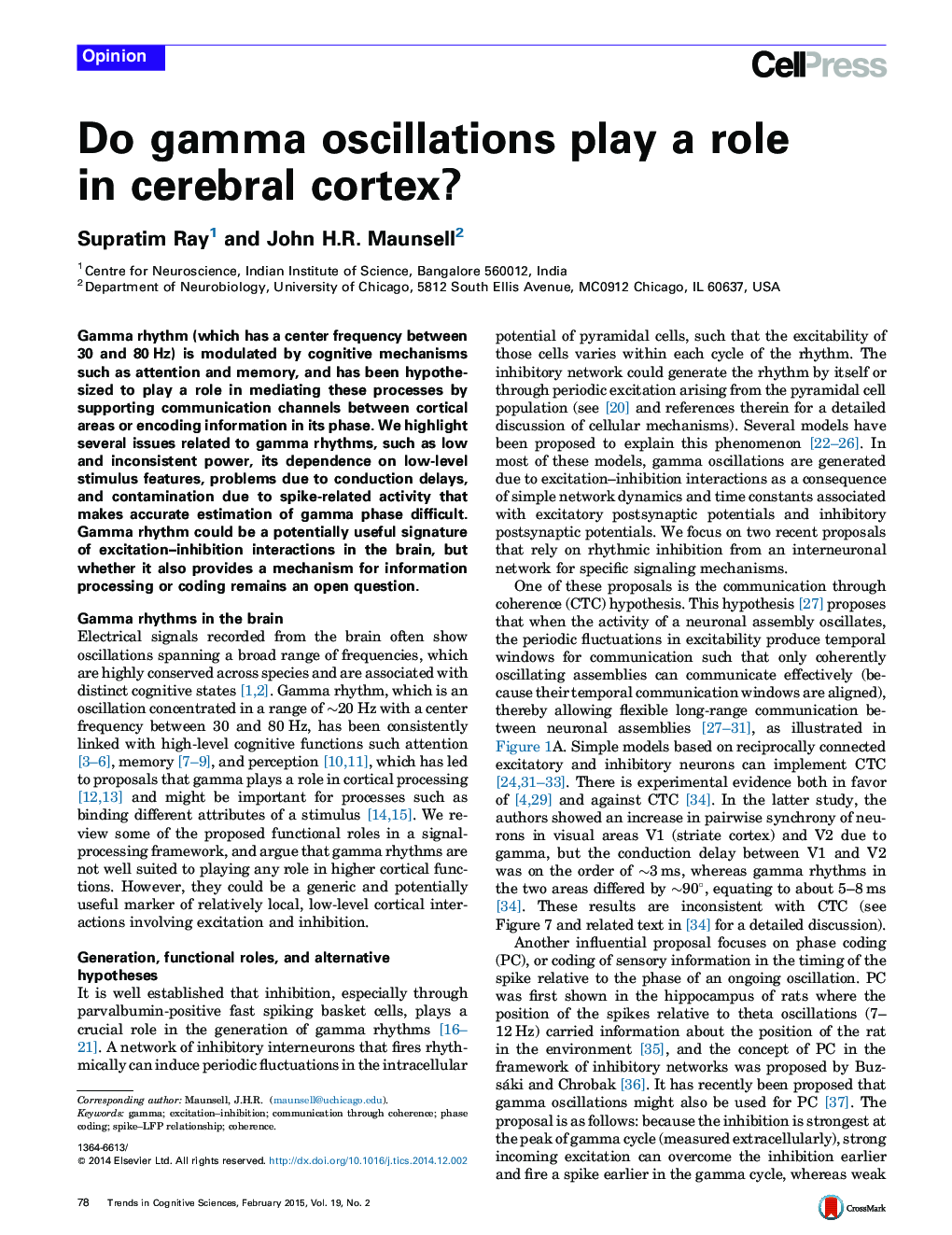 Gamma rhythm (which has a center frequency between 30 and 80 Hz) is modulated by cognitive mechanisms such as attention and memory, and has been hypothesized to play a role in mediating these processes by supporting communication channels between cortical areas or encoding information in its phase. We highlight several issues related to gamma rhythms, such as low and inconsistent power, its dependence on low-level stimulus features, problems due to conduction delays, and contamination due to spike-related activity that makes accurate estimation of gamma phase difficult. Gamma rhythm could be a potentially useful signature of excitation–inhibition interactions in the brain, but whether it also provides a mechanism for information processing or coding remains an open question.