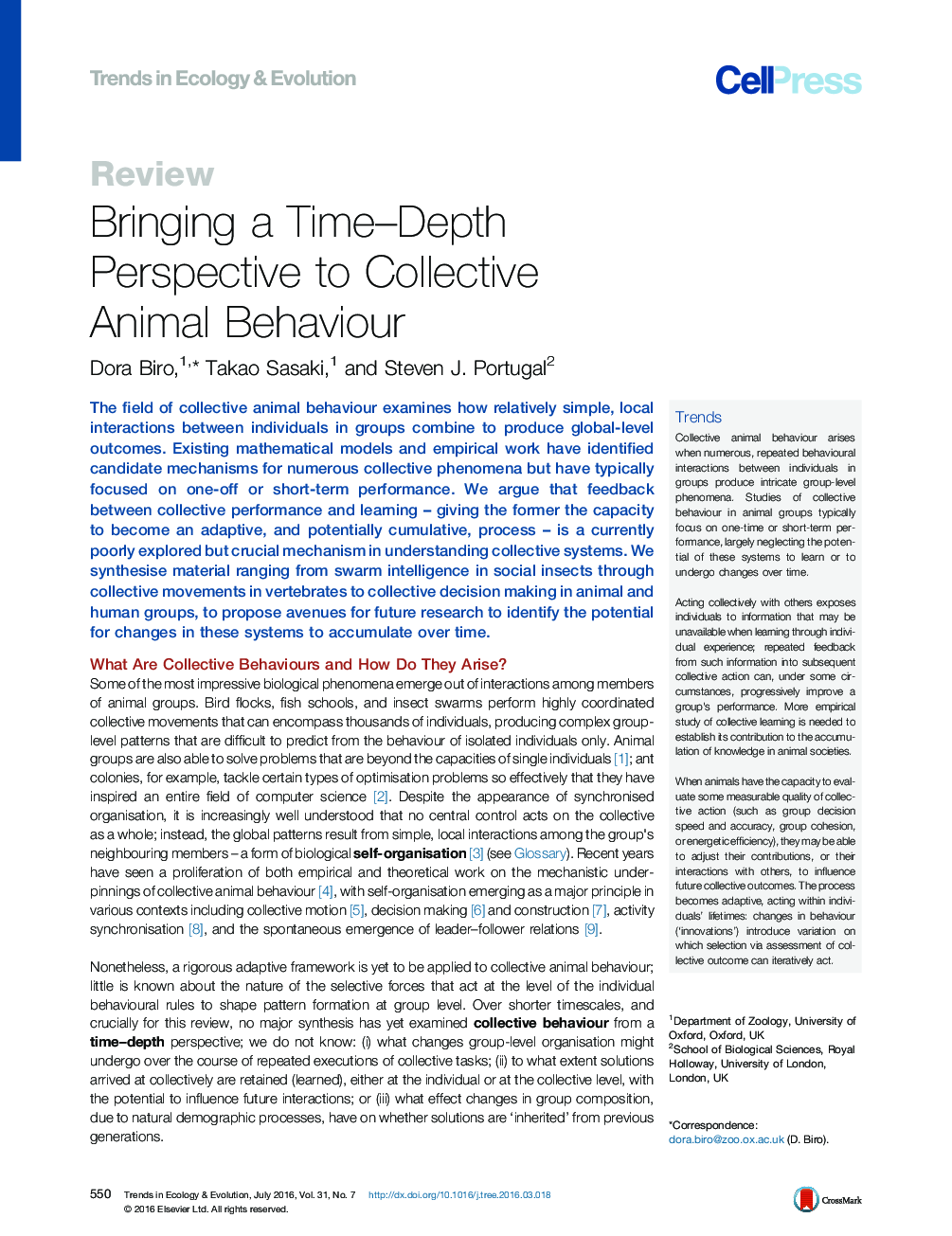 The field of collective animal behaviour examines how relatively simple, local interactions between individuals in groups combine to produce global-level outcomes. Existing mathematical models and empirical work have identified candidate mechanisms for numerous collective phenomena but have typically focused on one-off or short-term performance. We argue that feedback between collective performance and learning – giving the former the capacity to become an adaptive, and potentially cumulative, process – is a currently poorly explored but crucial mechanism in understanding collective systems. We synthesise material ranging from swarm intelligence in social insects through collective movements in vertebrates to collective decision making in animal and human groups, to propose avenues for future research to identify the potential for changes in these systems to accumulate over time.

TrendsCollective animal behaviour arises when numerous, repeated behavioural interactions between individuals in groups produce intricate group-level phenomena. Studies of collective behaviour in animal groups typically focus on one-time or short-term performance, largely neglecting the potential of these systems to learn or to undergo changes over time.Acting collectively with others exposes individuals to information that may be unavailable when learning through individual experience; repeated feedback from such information into subsequent collective action can, under some circumstances, progressively improve a group's performance. More empirical study of collective learning is needed to establish its contribution to the accumulation of knowledge in animal societies.When animals have the capacity to evaluate some measurable quality of collective action (such as group decision speed and accuracy, group cohesion, or energetic efficiency), they may be able to adjust their contributions, or their interactions with others, to influence future collective outcomes. The process becomes adaptive, acting within individuals’ lifetimes: changes in behaviour (‘innovations’) introduce variation on which selection via assessment of collective outcome can iteratively act.