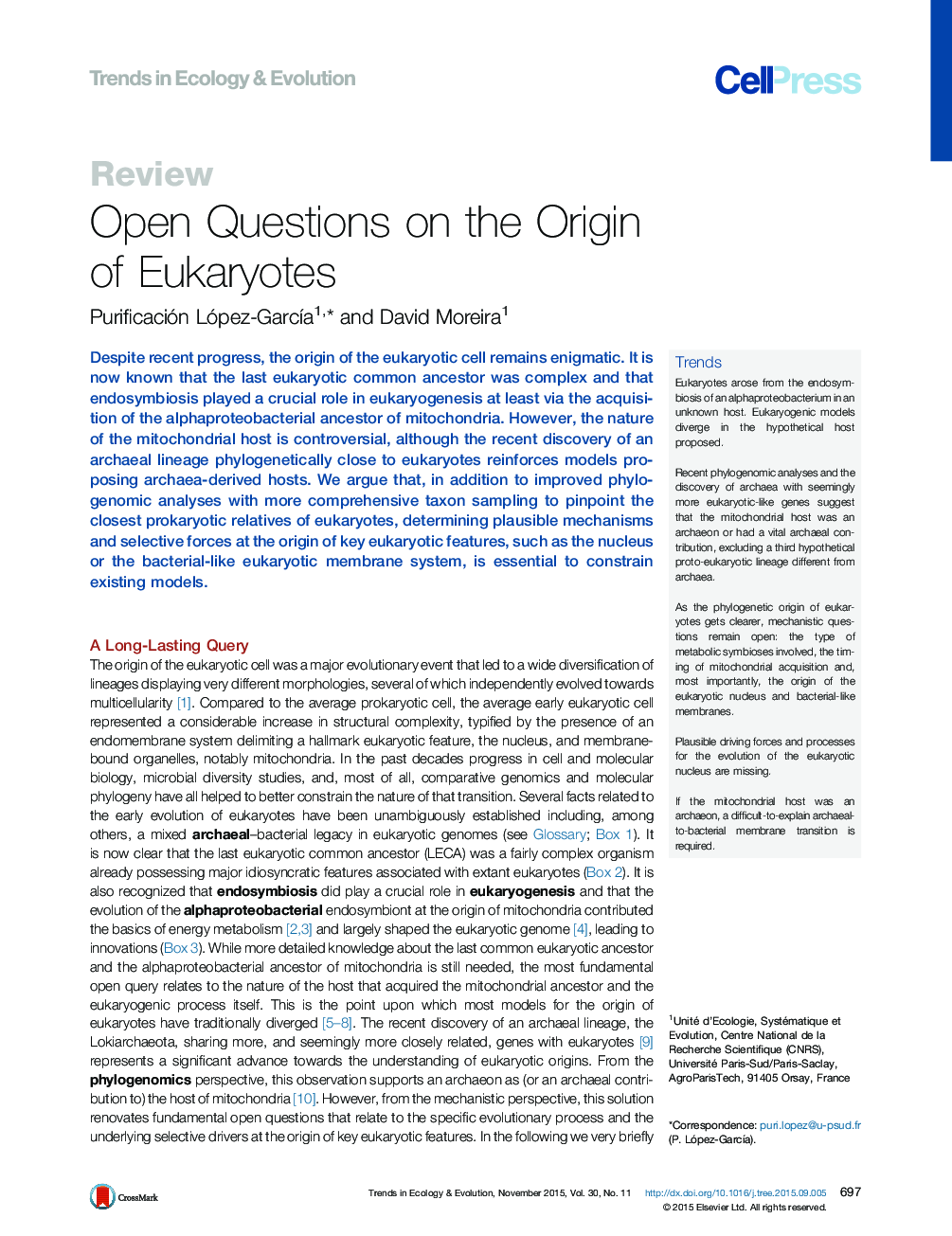 Despite recent progress, the origin of the eukaryotic cell remains enigmatic. It is now known that the last eukaryotic common ancestor was complex and that endosymbiosis played a crucial role in eukaryogenesis at least via the acquisition of the alphaproteobacterial ancestor of mitochondria. However, the nature of the mitochondrial host is controversial, although the recent discovery of an archaeal lineage phylogenetically close to eukaryotes reinforces models proposing archaea-derived hosts. We argue that, in addition to improved phylogenomic analyses with more comprehensive taxon sampling to pinpoint the closest prokaryotic relatives of eukaryotes, determining plausible mechanisms and selective forces at the origin of key eukaryotic features, such as the nucleus or the bacterial-like eukaryotic membrane system, is essential to constrain existing models.

TrendsEukaryotes arose from the endosymbiosis of an alphaproteobacterium in an unknown host. Eukaryogenic models diverge in the hypothetical host proposed.Recent phylogenomic analyses and the discovery of archaea with seemingly more eukaryotic-like genes suggest that the mitochondrial host was an archaeon or had a vital archaeal contribution, excluding a third hypothetical proto-eukaryotic lineage different from archaea.As the phylogenetic origin of eukaryotes gets clearer, mechanistic questions remain open: the type of metabolic symbioses involved, the timing of mitochondrial acquisition and, most importantly, the origin of the eukaryotic nucleus and bacterial-like membranes.Plausible driving forces and processes for the evolution of the eukaryotic nucleus are missing.If the mitochondrial host was an archaeon, a difficult-to-explain archaeal-to-bacterial membrane transition is required.