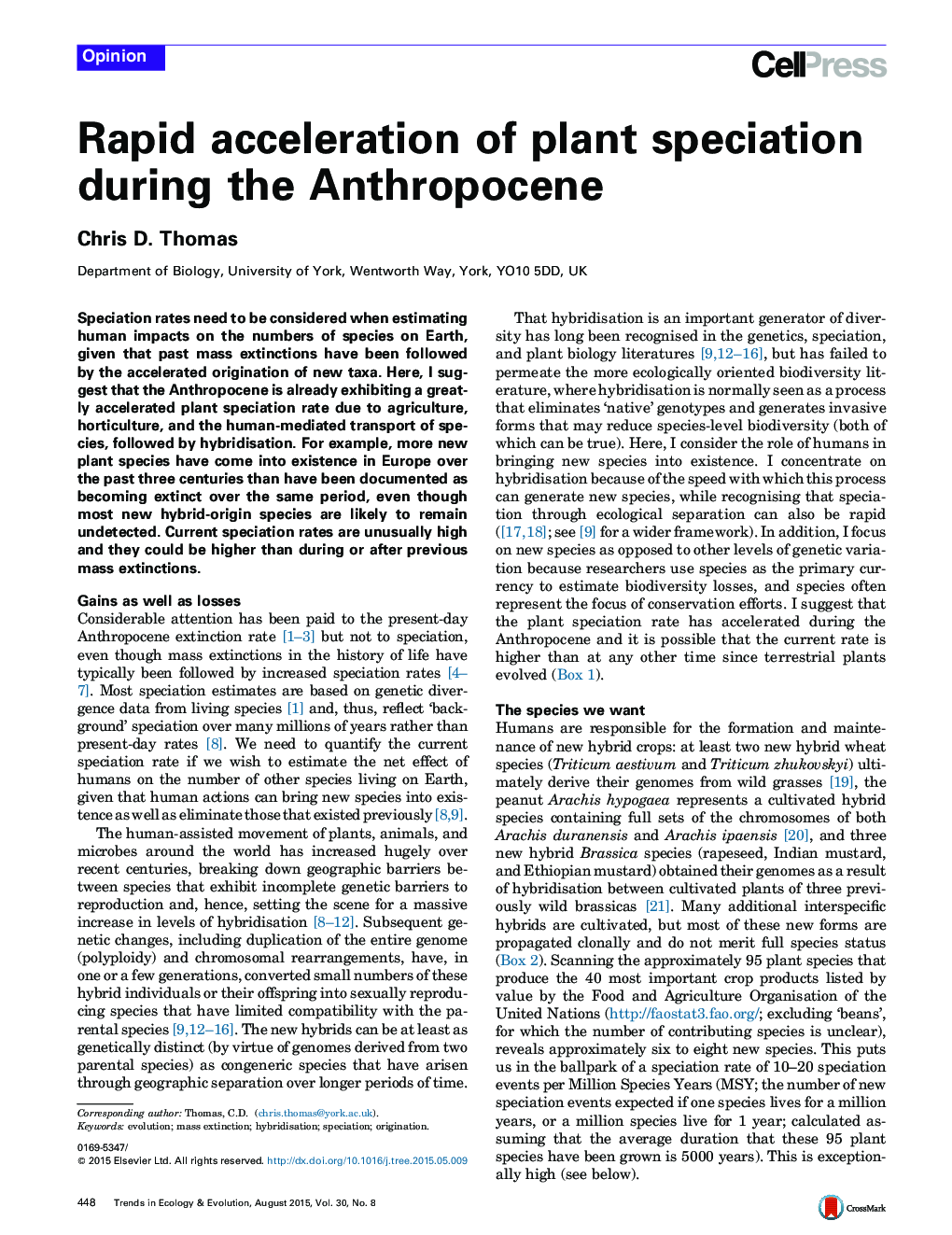 Speciation rates need to be considered when estimating human impacts on the numbers of species on Earth, given that past mass extinctions have been followed by the accelerated origination of new taxa. Here, I suggest that the Anthropocene is already exhibiting a greatly accelerated plant speciation rate due to agriculture, horticulture, and the human-mediated transport of species, followed by hybridisation. For example, more new plant species have come into existence in Europe over the past three centuries than have been documented as becoming extinct over the same period, even though most new hybrid-origin species are likely to remain undetected. Current speciation rates are unusually high and they could be higher than during or after previous mass extinctions.