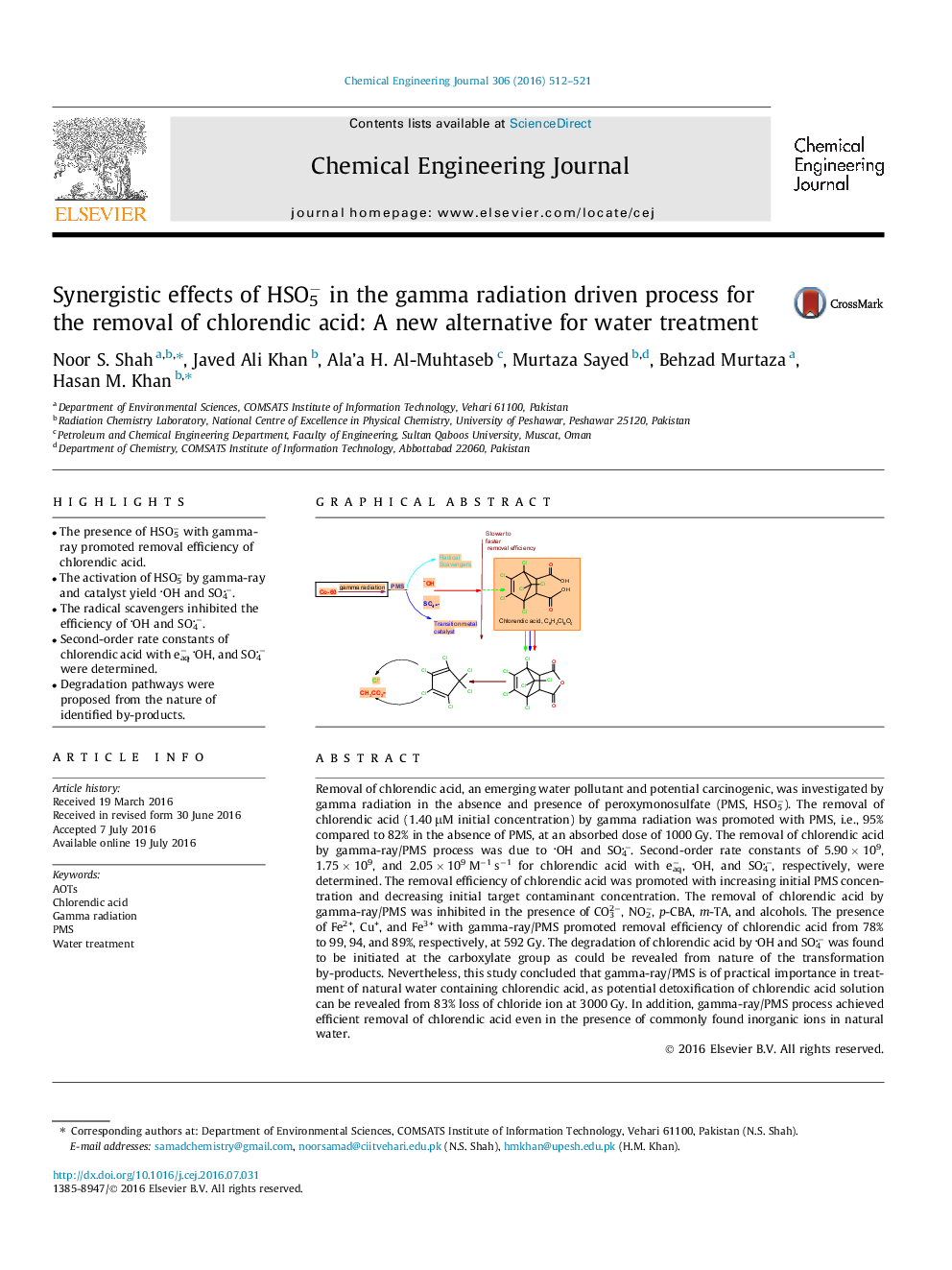 • The presence of HSO5− with gamma-ray promoted removal efficiency of chlorendic acid.
• The activation of HSO5− by gamma-ray and catalyst yield OH and SO4−.
• The radical scavengers inhibited the efficiency of OH and SO4−.
• Second-order rate constants of chlorendic acid with eaq−, OH, and SO4− were determined.
• Degradation pathways were proposed from the nature of identified by-products.