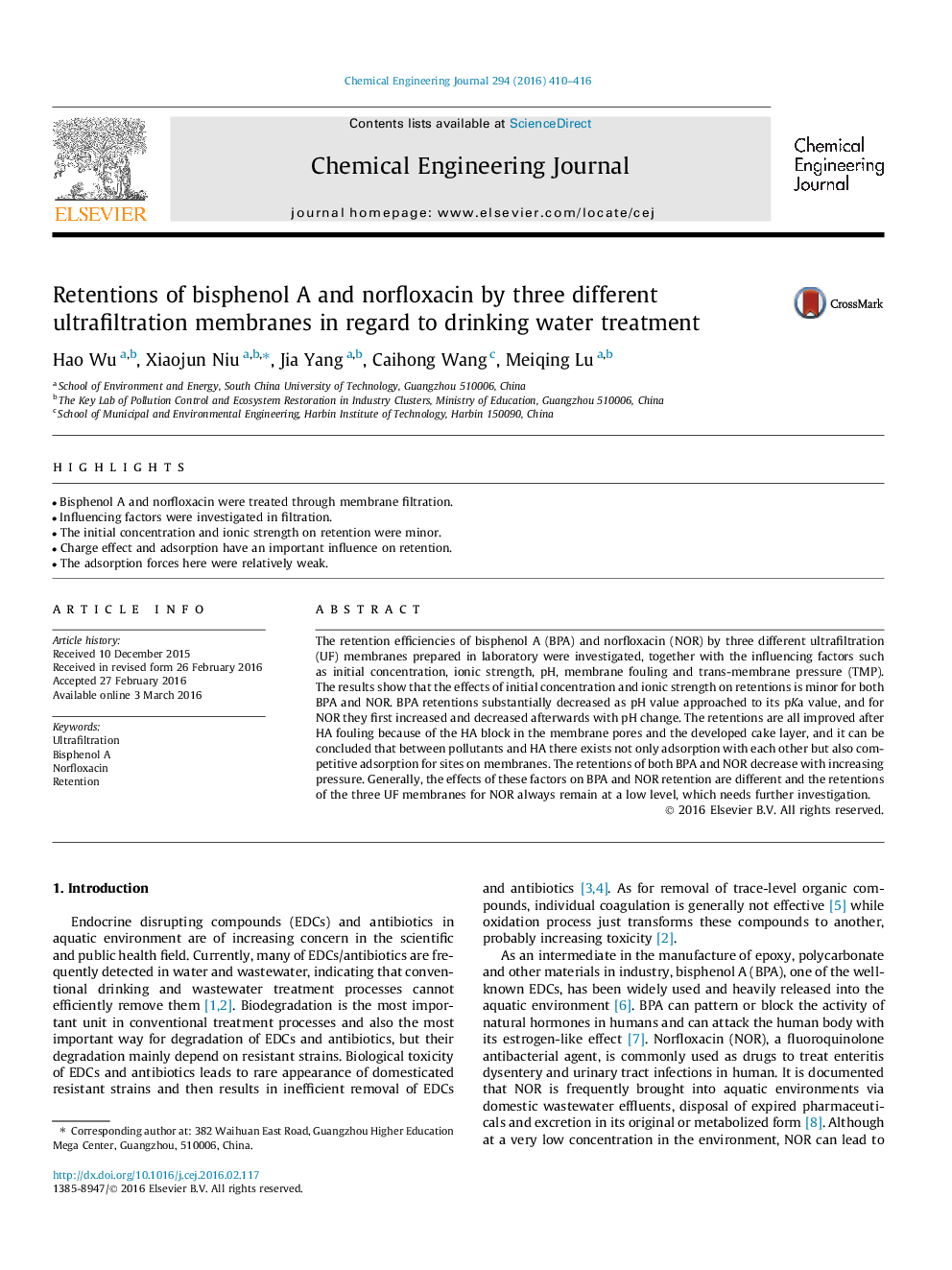 The retention efficiencies of bisphenol A (BPA) and norfloxacin (NOR) by three different ultrafiltration (UF) membranes prepared in laboratory were investigated, together with the influencing factors such as initial concentration, ionic strength, pH, membrane fouling and trans-membrane pressure (TMP). The results show that the effects of initial concentration and ionic strength on retentions is minor for both BPA and NOR. BPA retentions substantially decreased as pH value approached to its pKa value, and for NOR they first increased and decreased afterwards with pH change. The retentions are all improved after HA fouling because of the HA block in the membrane pores and the developed cake layer, and it can be concluded that between pollutants and HA there exists not only adsorption with each other but also competitive adsorption for sites on membranes. The retentions of both BPA and NOR decrease with increasing pressure. Generally, the effects of these factors on BPA and NOR retention are different and the retentions of the three UF membranes for NOR always remain at a low level, which needs further investigation.