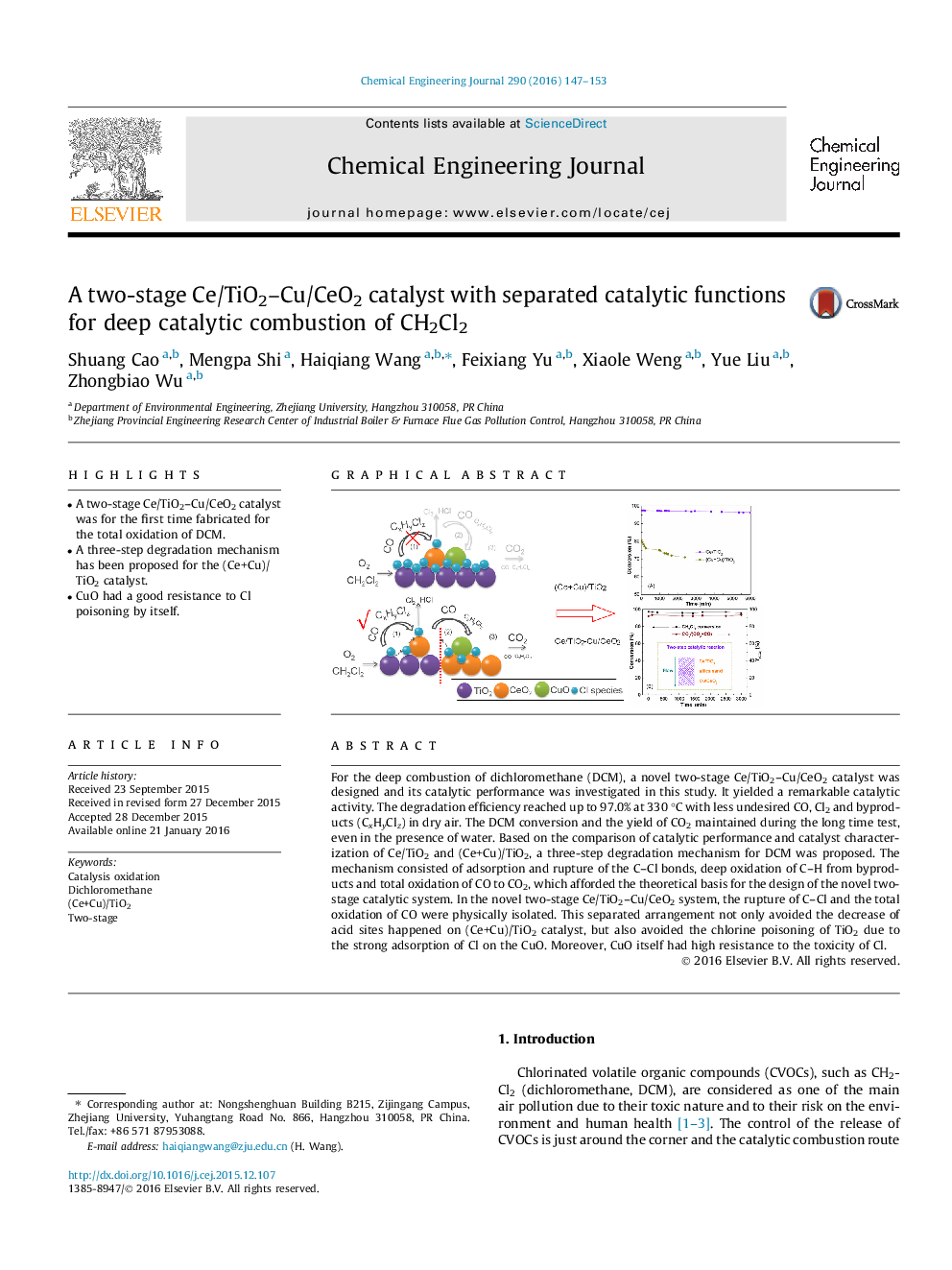 • A two-stage Ce/TiO2–Cu/CeO2 catalyst was for the first time fabricated for the total oxidation of DCM.
• A three-step degradation mechanism has been proposed for the (Ce+Cu)/TiO2 catalyst.
• CuO had a good resistance to Cl poisoning by itself.

For the deep combustion of dichloromethane (DCM), a novel two-stage Ce/TiO2–Cu/CeO2 catalyst was designed and its catalytic performance was investigated in this study. It yielded a remarkable catalytic activity. The degradation efficiency reached up to 97.0% at 330 °C with less undesired CO, Cl2 and byproducts (CxHyClz) in dry air. The DCM conversion and the yield of CO2 maintained during the long time test, even in the presence of water. Based on the comparison of catalytic performance and catalyst characterization of Ce/TiO2 and (Ce+Cu)/TiO2, a three-step degradation mechanism for DCM was proposed. The mechanism consisted of adsorption and rupture of the C–Cl bonds, deep oxidation of C–H from byproducts and total oxidation of CO to CO2, which afforded the theoretical basis for the design of the novel two-stage catalytic system. In the novel two-stage Ce/TiO2–Cu/CeO2 system, the rupture of C–Cl and the total oxidation of CO were physically isolated. This separated arrangement not only avoided the decrease of acid sites happened on (Ce+Cu)/TiO2 catalyst, but also avoided the chlorine poisoning of TiO2 due to the strong adsorption of Cl on the CuO. Moreover, CuO itself had high resistance to the toxicity of Cl.