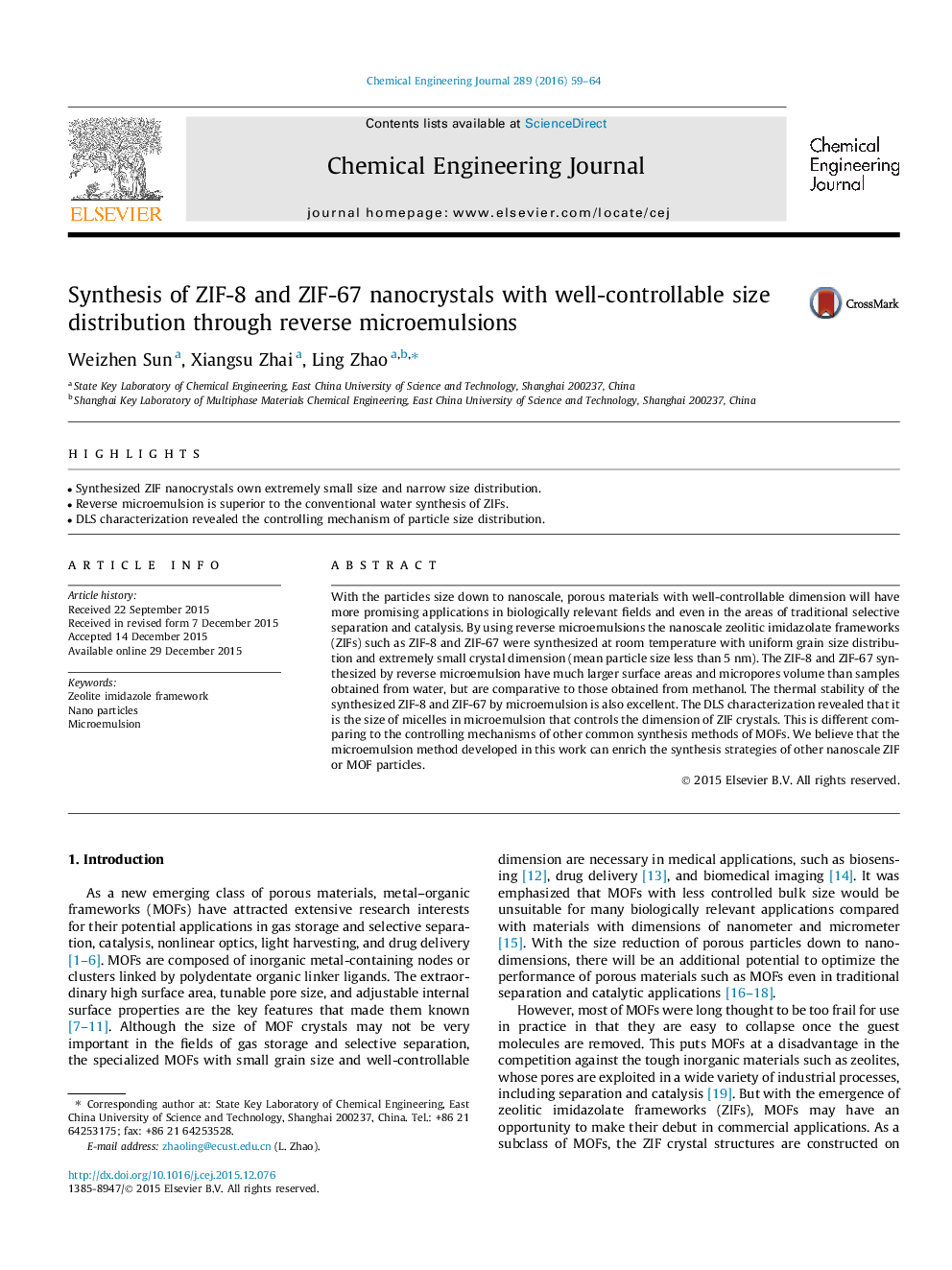 With the particles size down to nanoscale, porous materials with well-controllable dimension will have more promising applications in biologically relevant fields and even in the areas of traditional selective separation and catalysis. By using reverse microemulsions the nanoscale zeolitic imidazolate frameworks (ZIFs) such as ZIF-8 and ZIF-67 were synthesized at room temperature with uniform grain size distribution and extremely small crystal dimension (mean particle size less than 5 nm). The ZIF-8 and ZIF-67 synthesized by reverse microemulsion have much larger surface areas and micropores volume than samples obtained from water, but are comparative to those obtained from methanol. The thermal stability of the synthesized ZIF-8 and ZIF-67 by microemulsion is also excellent. The DLS characterization revealed that it is the size of micelles in microemulsion that controls the dimension of ZIF crystals. This is different comparing to the controlling mechanisms of other common synthesis methods of MOFs. We believe that the microemulsion method developed in this work can enrich the synthesis strategies of other nanoscale ZIF or MOF particles.