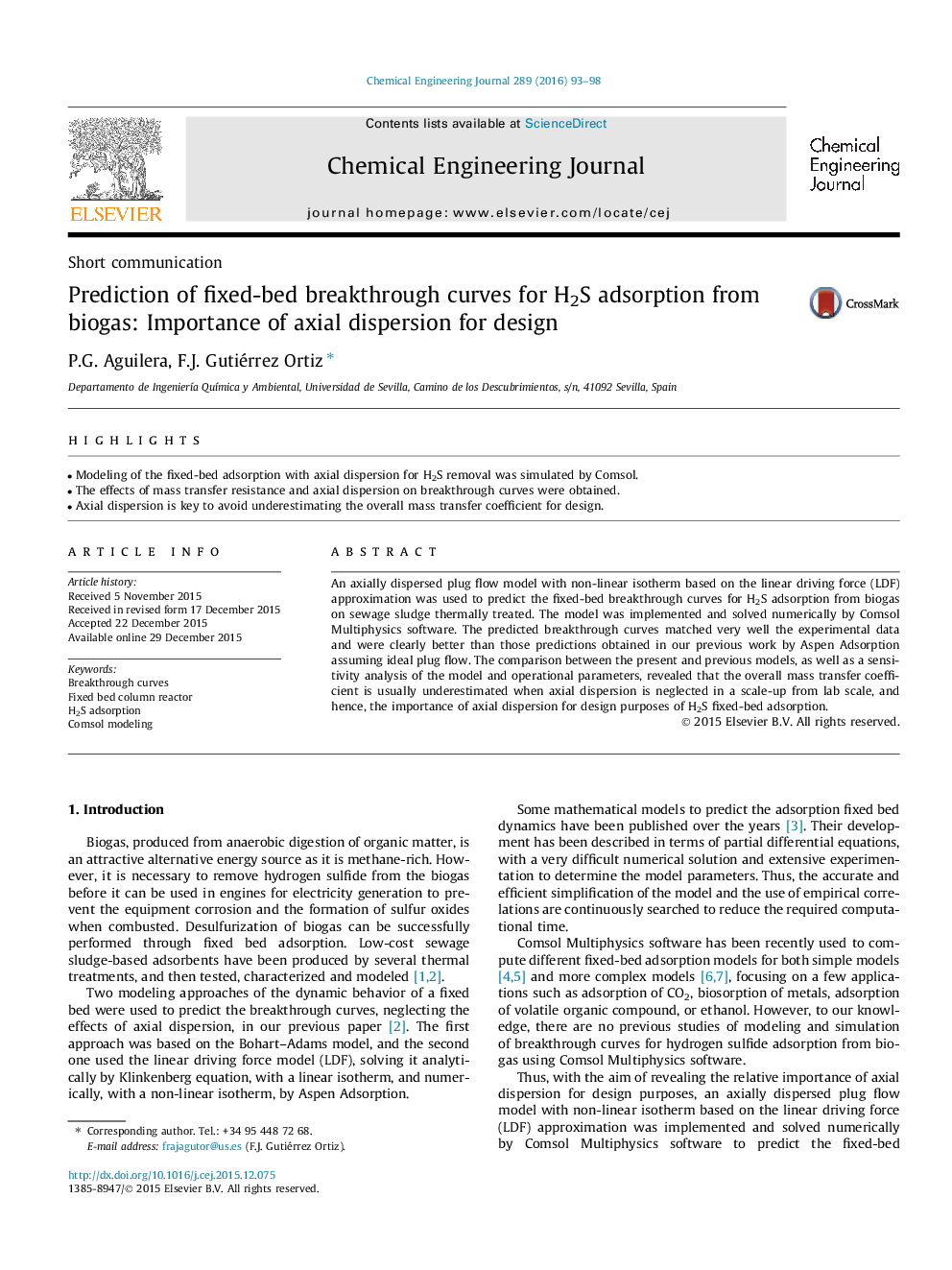 An axially dispersed plug flow model with non-linear isotherm based on the linear driving force (LDF) approximation was used to predict the fixed-bed breakthrough curves for H2S adsorption from biogas on sewage sludge thermally treated. The model was implemented and solved numerically by Comsol Multiphysics software. The predicted breakthrough curves matched very well the experimental data and were clearly better than those predictions obtained in our previous work by Aspen Adsorption assuming ideal plug flow. The comparison between the present and previous models, as well as a sensitivity analysis of the model and operational parameters, revealed that the overall mass transfer coefficient is usually underestimated when axial dispersion is neglected in a scale-up from lab scale, and hence, the importance of axial dispersion for design purposes of H2S fixed-bed adsorption.