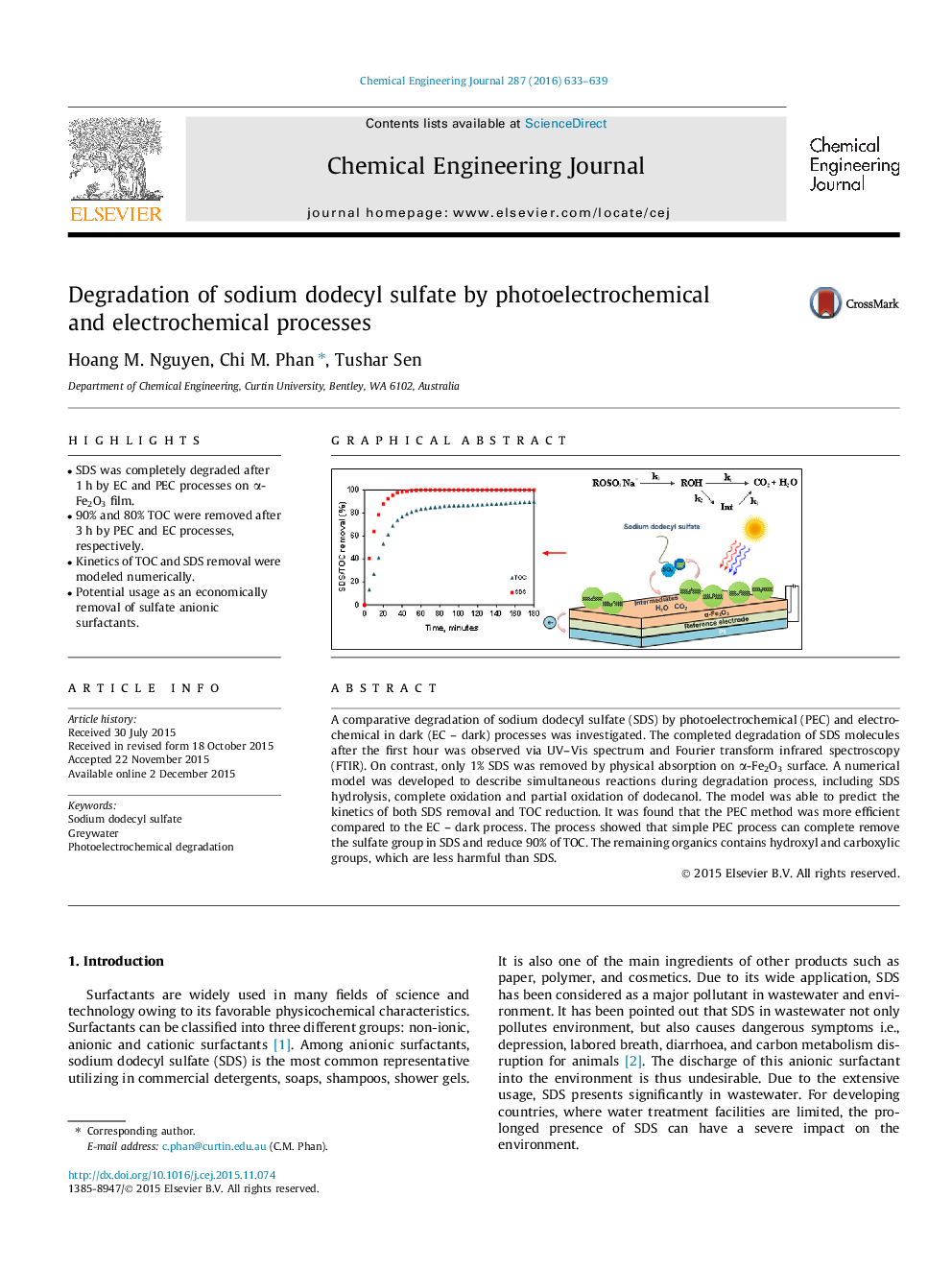 • SDS was completely degraded after 1 h by EC and PEC processes on α-Fe2O3 film.
• 90% and 80% TOC were removed after 3 h by PEC and EC processes, respectively.
• Kinetics of TOC and SDS removal were modeled numerically.
• Potential usage as an economically removal of sulfate anionic surfactants.

A comparative degradation of sodium dodecyl sulfate (SDS) by photoelectrochemical (PEC) and electrochemical in dark (EC – dark) processes was investigated. The completed degradation of SDS molecules after the first hour was observed via UV–Vis spectrum and Fourier transform infrared spectroscopy (FTIR). On contrast, only 1% SDS was removed by physical absorption on α-Fe2O3 surface. A numerical model was developed to describe simultaneous reactions during degradation process, including SDS hydrolysis, complete oxidation and partial oxidation of dodecanol. The model was able to predict the kinetics of both SDS removal and TOC reduction. It was found that the PEC method was more efficient compared to the EC – dark process. The process showed that simple PEC process can complete remove the sulfate group in SDS and reduce 90% of TOC. The remaining organics contains hydroxyl and carboxylic groups, which are less harmful than SDS.