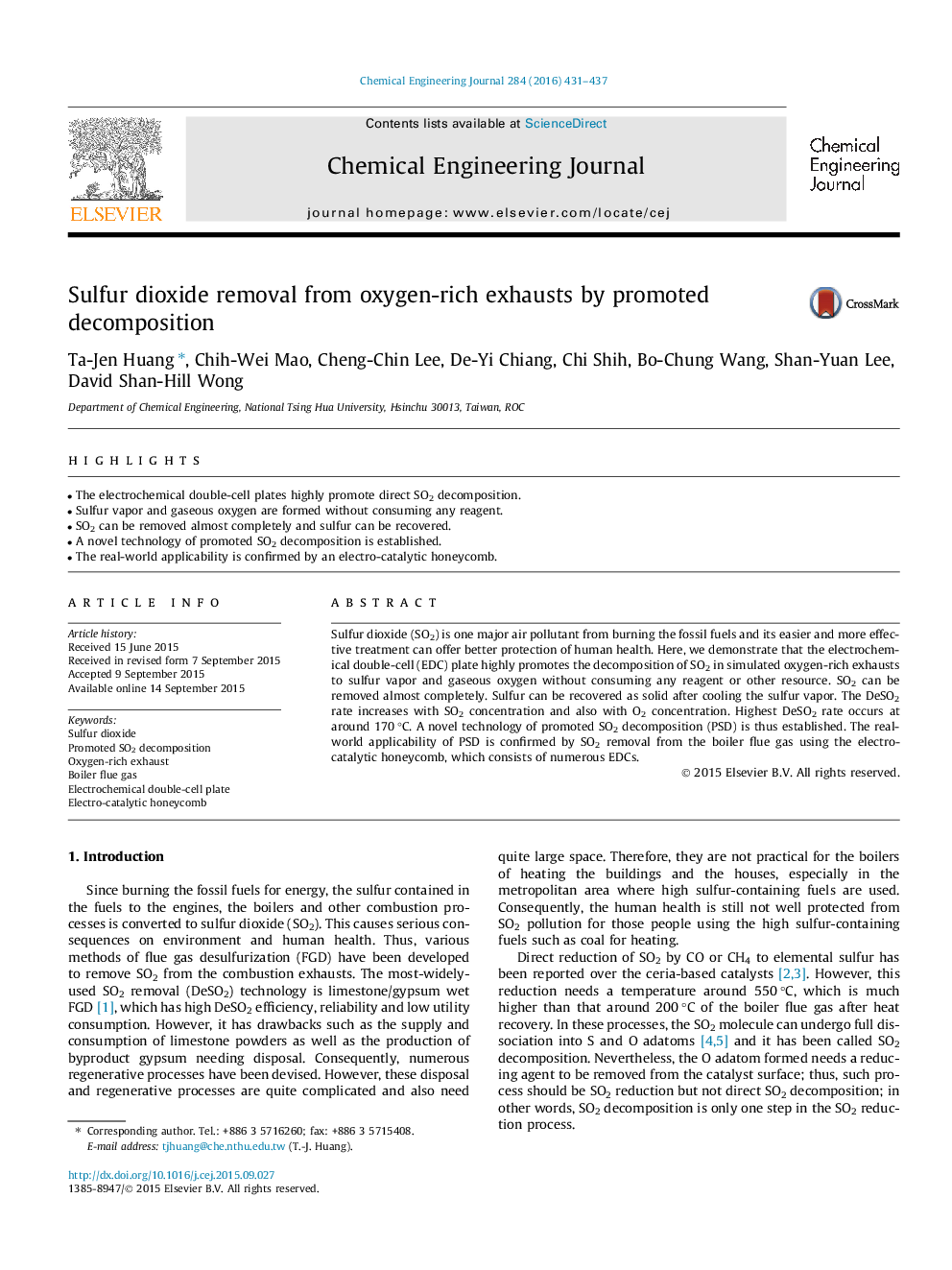 • The electrochemical double-cell plates highly promote direct SO2 decomposition.
• Sulfur vapor and gaseous oxygen are formed without consuming any reagent.
• SO2 can be removed almost completely and sulfur can be recovered.
• A novel technology of promoted SO2 decomposition is established.
• The real-world applicability is confirmed by an electro-catalytic honeycomb.

Sulfur dioxide (SO2) is one major air pollutant from burning the fossil fuels and its easier and more effective treatment can offer better protection of human health. Here, we demonstrate that the electrochemical double-cell (EDC) plate highly promotes the decomposition of SO2 in simulated oxygen-rich exhausts to sulfur vapor and gaseous oxygen without consuming any reagent or other resource. SO2 can be removed almost completely. Sulfur can be recovered as solid after cooling the sulfur vapor. The DeSO2 rate increases with SO2 concentration and also with O2 concentration. Highest DeSO2 rate occurs at around 170 °C. A novel technology of promoted SO2 decomposition (PSD) is thus established. The real-world applicability of PSD is confirmed by SO2 removal from the boiler flue gas using the electro-catalytic honeycomb, which consists of numerous EDCs.