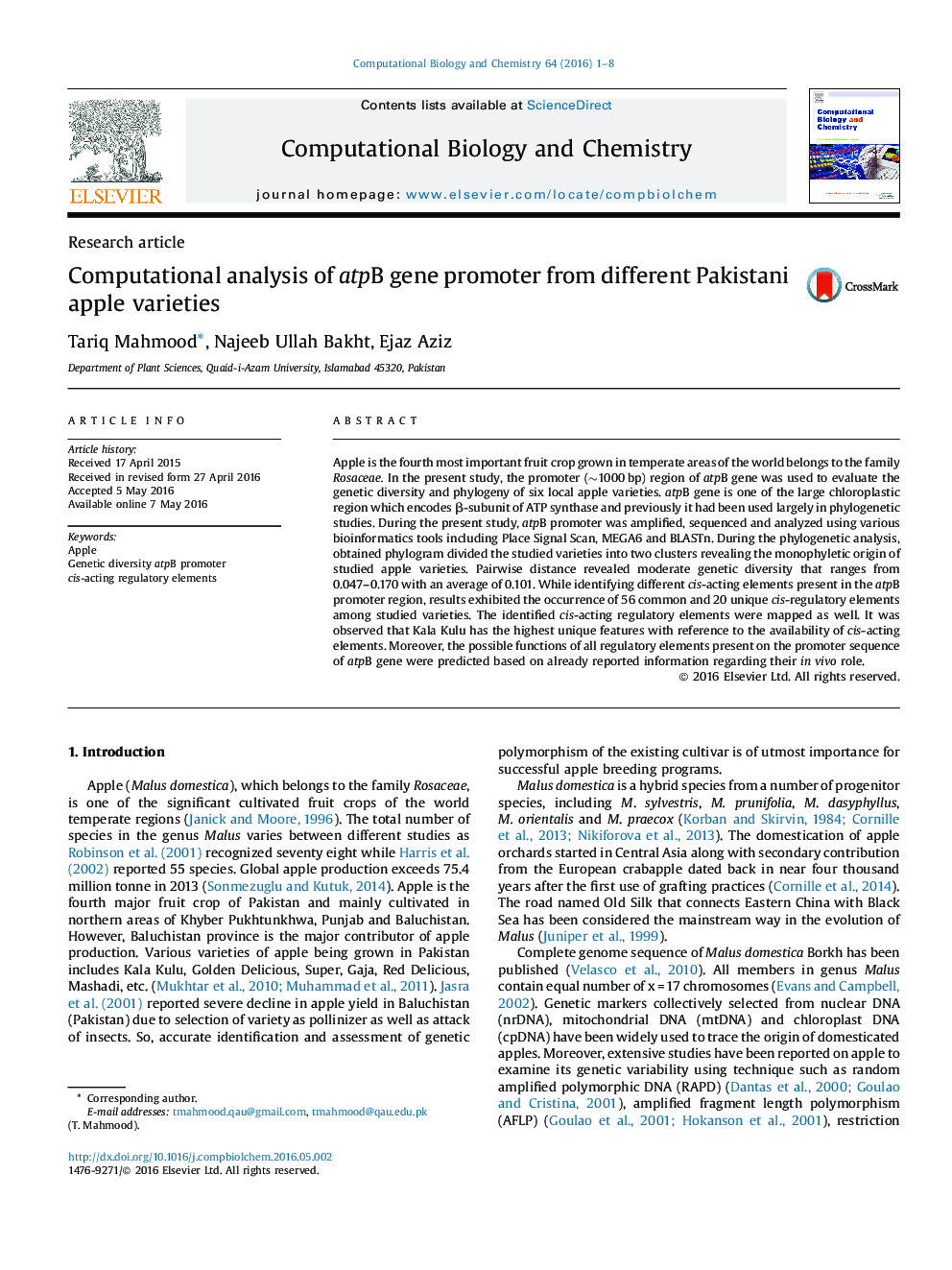 Apple is the fourth most important fruit crop grown in temperate areas of the world belongs to the family Rosaceae. In the present study, the promoter (∼1000 bp) region of atpB gene was used to evaluate the genetic diversity and phylogeny of six local apple varieties. atpB gene is one of the large chloroplastic region which encodes β-subunit of ATP synthase and previously it had been used largely in phylogenetic studies. During the present study, atpB promoter was amplified, sequenced and analyzed using various bioinformatics tools including Place Signal Scan, MEGA6 and BLASTn. During the phylogenetic analysis, obtained phylogram divided the studied varieties into two clusters revealing the monophyletic origin of studied apple varieties. Pairwise distance revealed moderate genetic diversity that ranges from 0.047–0.170 with an average of 0.101. While identifying different cis-acting elements present in the atpB promoter region, results exhibited the occurrence of 56 common and 20 unique cis-regulatory elements among studied varieties. The identified cis-acting regulatory elements were mapped as well. It was observed that Kala Kulu has the highest unique features with reference to the availability of cis-acting elements. Moreover, the possible functions of all regulatory elements present on the promoter sequence of atpB gene were predicted based on already reported information regarding their in vivo role.