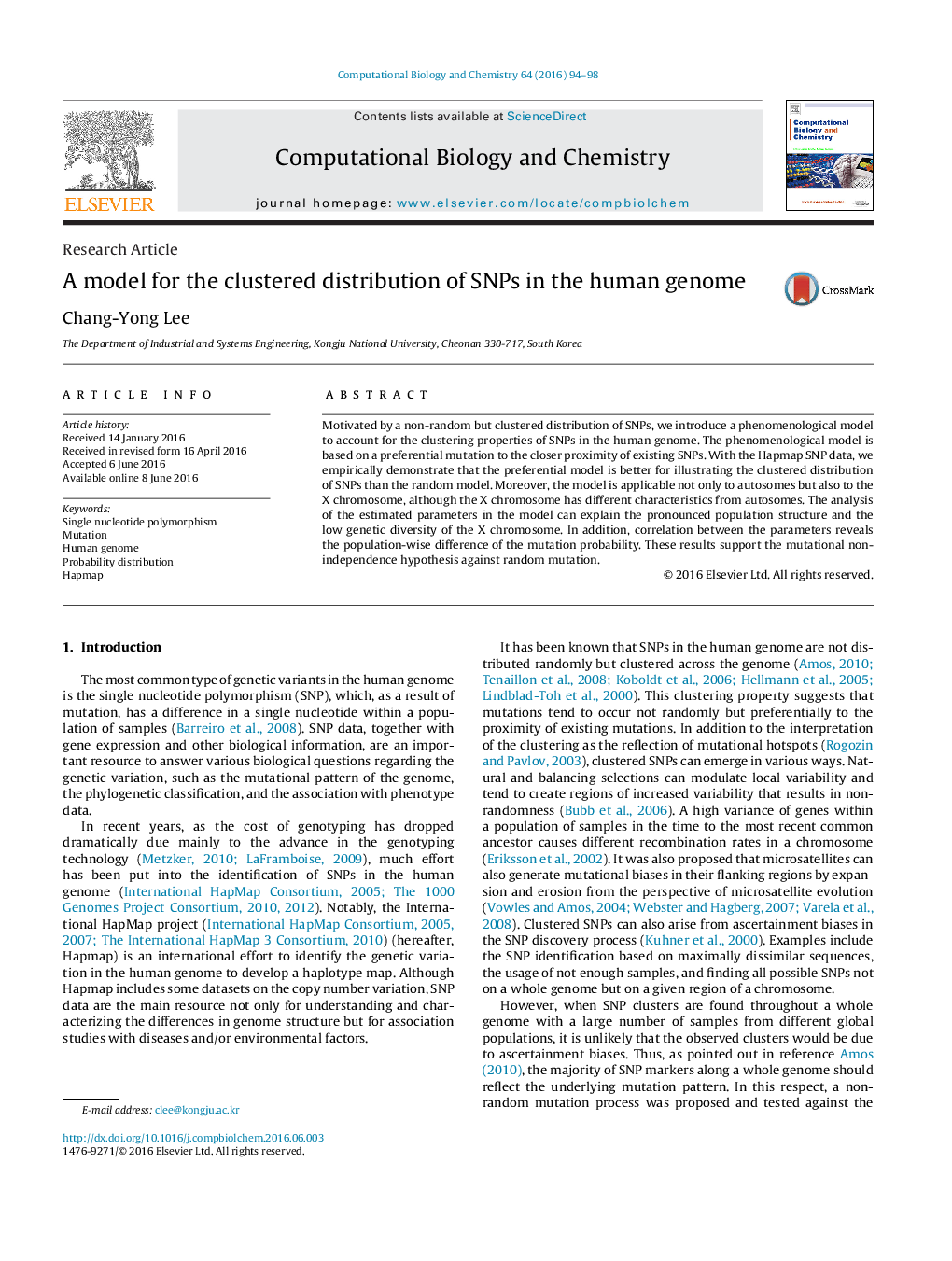 Motivated by a non-random but clustered distribution of SNPs, we introduce a phenomenological model to account for the clustering properties of SNPs in the human genome. The phenomenological model is based on a preferential mutation to the closer proximity of existing SNPs. With the Hapmap SNP data, we empirically demonstrate that the preferential model is better for illustrating the clustered distribution of SNPs than the random model. Moreover, the model is applicable not only to autosomes but also to the X chromosome, although the X chromosome has different characteristics from autosomes. The analysis of the estimated parameters in the model can explain the pronounced population structure and the low genetic diversity of the X chromosome. In addition, correlation between the parameters reveals the population-wise difference of the mutation probability. These results support the mutational non-independence hypothesis against random mutation.