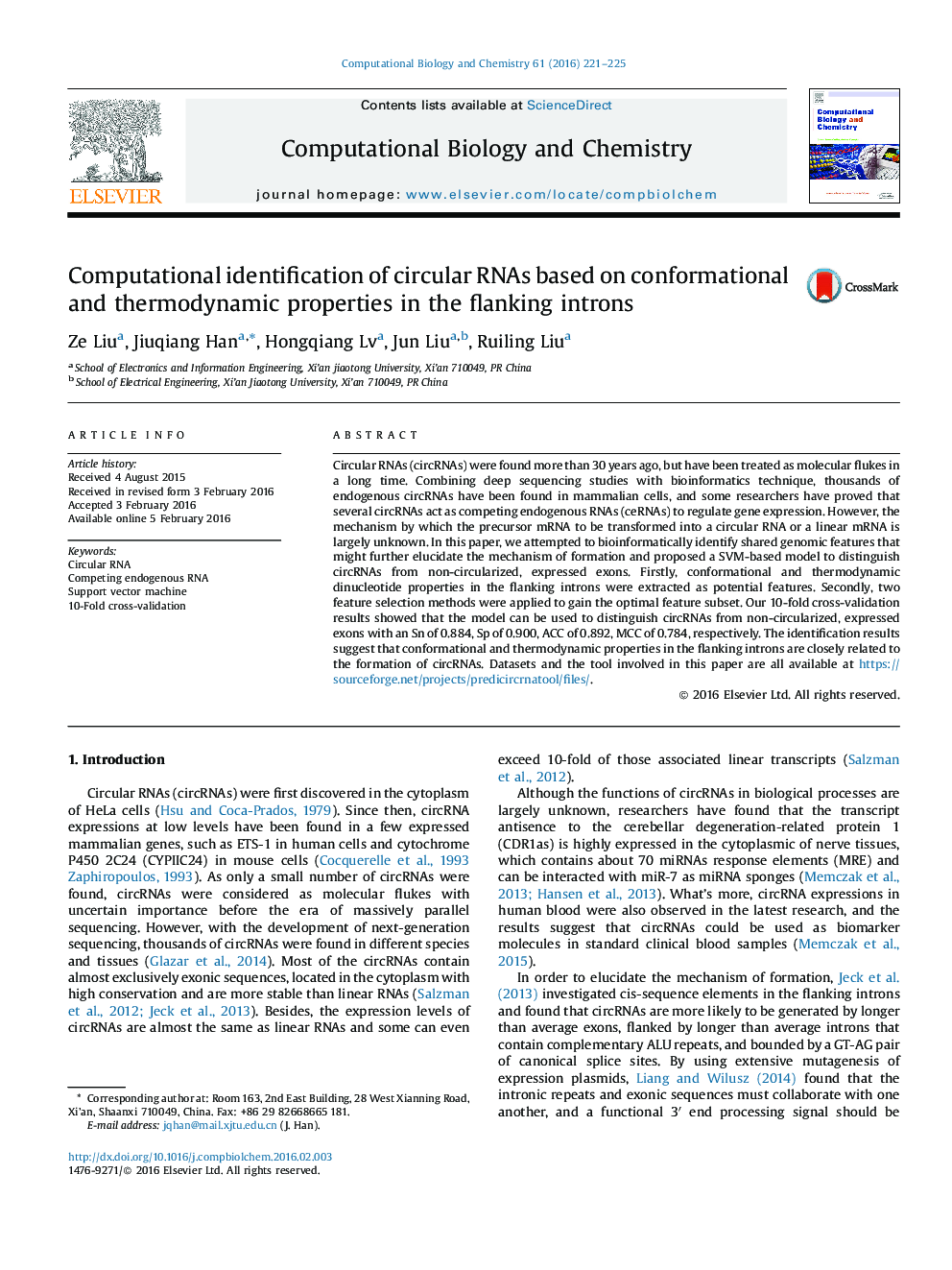 • A computational method was proposed to distinguish circRNAs from non-circularized, expressed exons.
• Thermodynamic and conformational properties were extracted for model training.
• Two feature selection methods were used to construct the optimized feature subset.
• Our method received a high performance using 10-fold cross-validation on the training dataset.

Circular RNAs (circRNAs) were found more than 30 years ago, but have been treated as molecular flukes in a long time. Combining deep sequencing studies with bioinformatics technique, thousands of endogenous circRNAs have been found in mammalian cells, and some researchers have proved that several circRNAs act as competing endogenous RNAs (ceRNAs) to regulate gene expression. However, the mechanism by which the precursor mRNA to be transformed into a circular RNA or a linear mRNA is largely unknown. In this paper, we attempted to bioinformatically identify shared genomic features that might further elucidate the mechanism of formation and proposed a SVM-based model to distinguish circRNAs from non-circularized, expressed exons. Firstly, conformational and thermodynamic dinucleotide properties in the flanking introns were extracted as potential features. Secondly, two feature selection methods were applied to gain the optimal feature subset. Our 10-fold cross-validation results showed that the model can be used to distinguish circRNAs from non-circularized, expressed exons with an Sn of 0.884, Sp of 0.900, ACC of 0.892, MCC of 0.784, respectively. The identification results suggest that conformational and thermodynamic properties in the flanking introns are closely related to the formation of circRNAs. Datasets and the tool involved in this paper are all available at https://sourceforge.net/projects/predicircrnatool/files/.