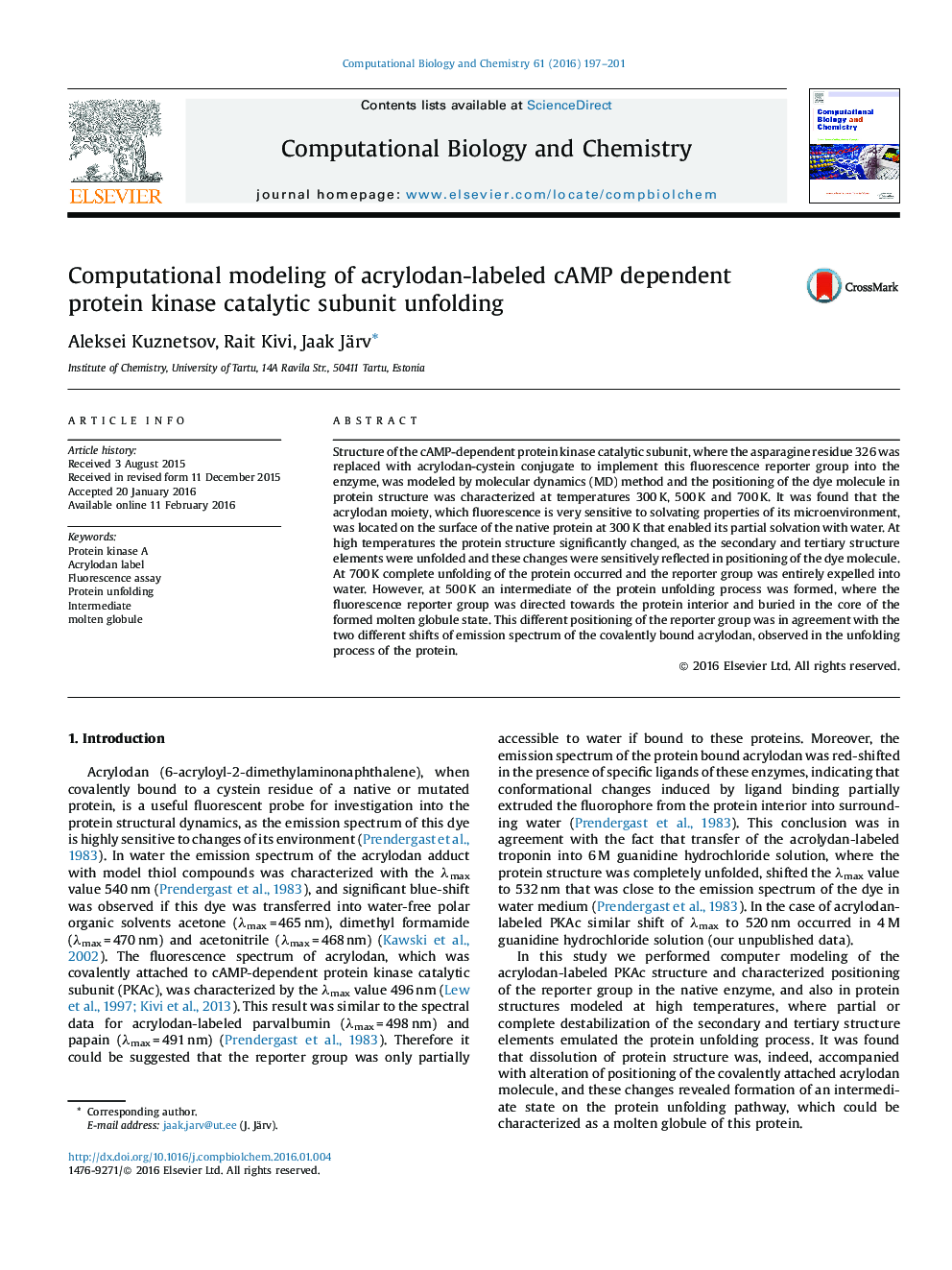 • Structure of acrylodan-labeled protein kinase A catalytic subunit was modeled.
• Calculations were made at temperatures from 300 to 700 K to model protein unfolding.
• Positioning of the reporter group was significantly changed during protein unfolding.
• Molten globule formation was observed between the native and unfolded protein structures

Structure of the cAMP-dependent protein kinase catalytic subunit, where the asparagine residue 326 was replaced with acrylodan-cystein conjugate to implement this fluorescence reporter group into the enzyme, was modeled by molecular dynamics (MD) method and the positioning of the dye molecule in protein structure was characterized at temperatures 300 K, 500 K and 700 K. It was found that the acrylodan moiety, which fluorescence is very sensitive to solvating properties of its microenvironment, was located on the surface of the native protein at 300 K that enabled its partial solvation with water. At high temperatures the protein structure significantly changed, as the secondary and tertiary structure elements were unfolded and these changes were sensitively reflected in positioning of the dye molecule. At 700 K complete unfolding of the protein occurred and the reporter group was entirely expelled into water. However, at 500 K an intermediate of the protein unfolding process was formed, where the fluorescence reporter group was directed towards the protein interior and buried in the core of the formed molten globule state. This different positioning of the reporter group was in agreement with the two different shifts of emission spectrum of the covalently bound acrylodan, observed in the unfolding process of the protein.