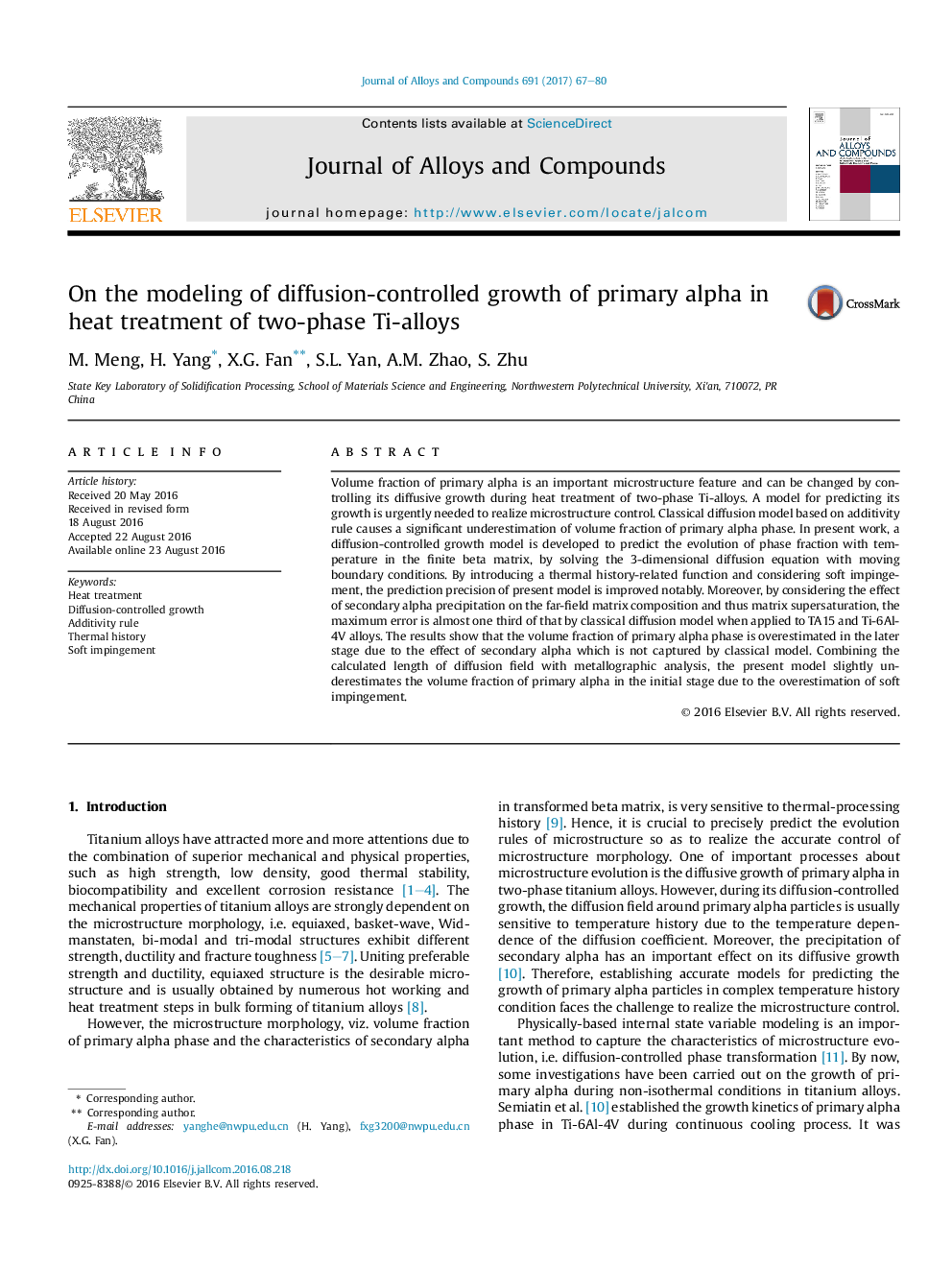 Volume fraction of primary alpha is an important microstructure feature and can be changed by controlling its diffusive growth during heat treatment of two-phase Ti-alloys. A model for predicting its growth is urgently needed to realize microstructure control. Classical diffusion model based on additivity rule causes a significant underestimation of volume fraction of primary alpha phase. In present work, a diffusion-controlled growth model is developed to predict the evolution of phase fraction with temperature in the finite beta matrix, by solving the 3-dimensional diffusion equation with moving boundary conditions. By introducing a thermal history-related function and considering soft impingement, the prediction precision of present model is improved notably. Moreover, by considering the effect of secondary alpha precipitation on the far-field matrix composition and thus matrix supersaturation, the maximum error is almost one third of that by classical diffusion model when applied to TA15 and Ti-6Al-4V alloys. The results show that the volume fraction of primary alpha phase is overestimated in the later stage due to the effect of secondary alpha which is not captured by classical model. Combining the calculated length of diffusion field with metallographic analysis, the present model slightly underestimates the volume fraction of primary alpha in the initial stage due to the overestimation of soft impingement.