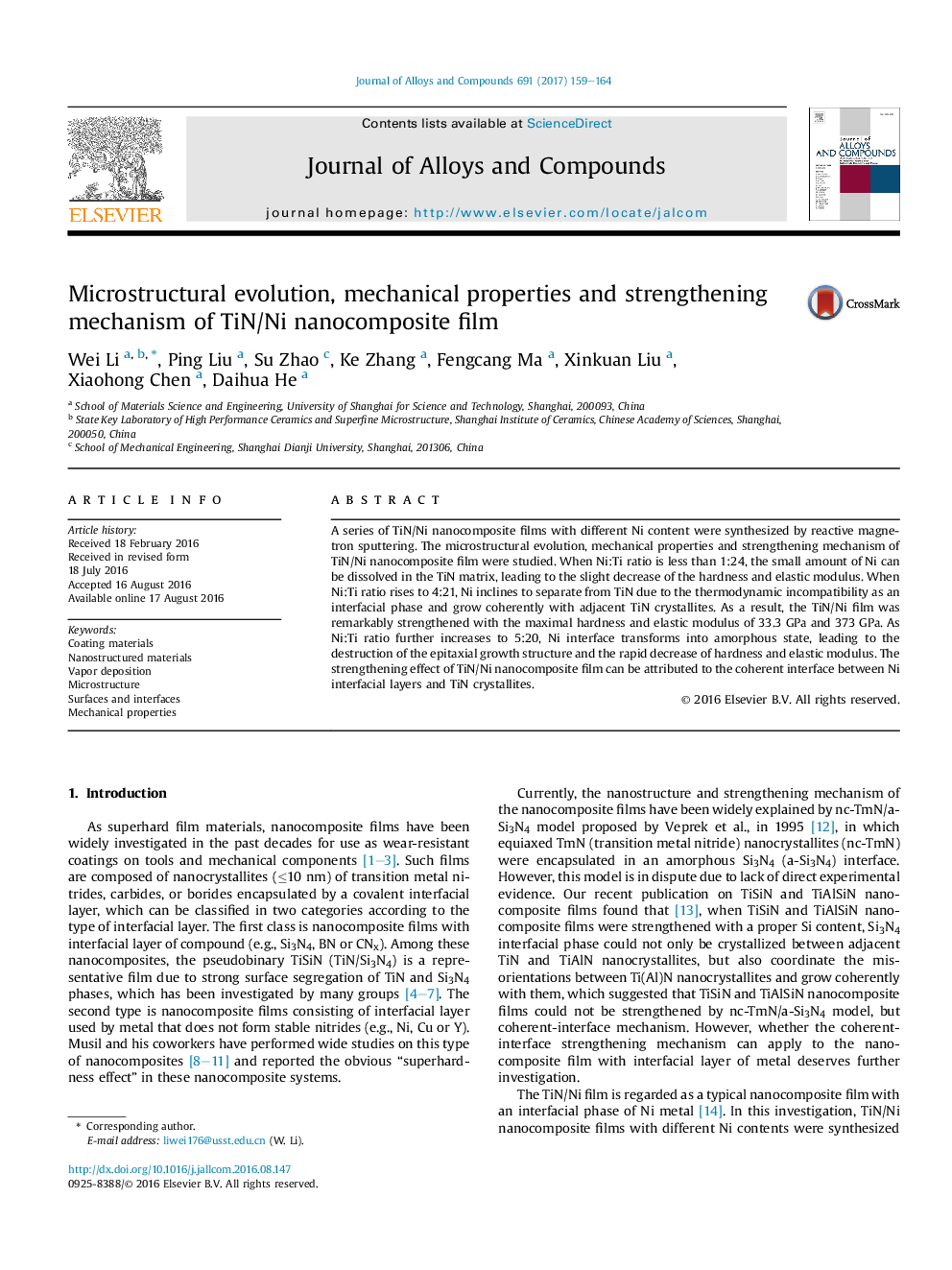 A series of TiN/Ni nanocomposite films with different Ni content were synthesized by reactive magnetron sputtering. The microstructural evolution, mechanical properties and strengthening mechanism of TiN/Ni nanocomposite film were studied. When Ni:Ti ratio is less than 1:24, the small amount of Ni can be dissolved in the TiN matrix, leading to the slight decrease of the hardness and elastic modulus. When Ni:Ti ratio rises to 4:21, Ni inclines to separate from TiN due to the thermodynamic incompatibility as an interfacial phase and grow coherently with adjacent TiN crystallites. As a result, the TiN/Ni film was remarkably strengthened with the maximal hardness and elastic modulus of 33.3 GPa and 373 GPa. As Ni:Ti ratio further increases to 5:20, Ni interface transforms into amorphous state, leading to the destruction of the epitaxial growth structure and the rapid decrease of hardness and elastic modulus. The strengthening effect of TiN/Ni nanocomposite film can be attributed to the coherent interface between Ni interfacial layers and TiN crystallites.