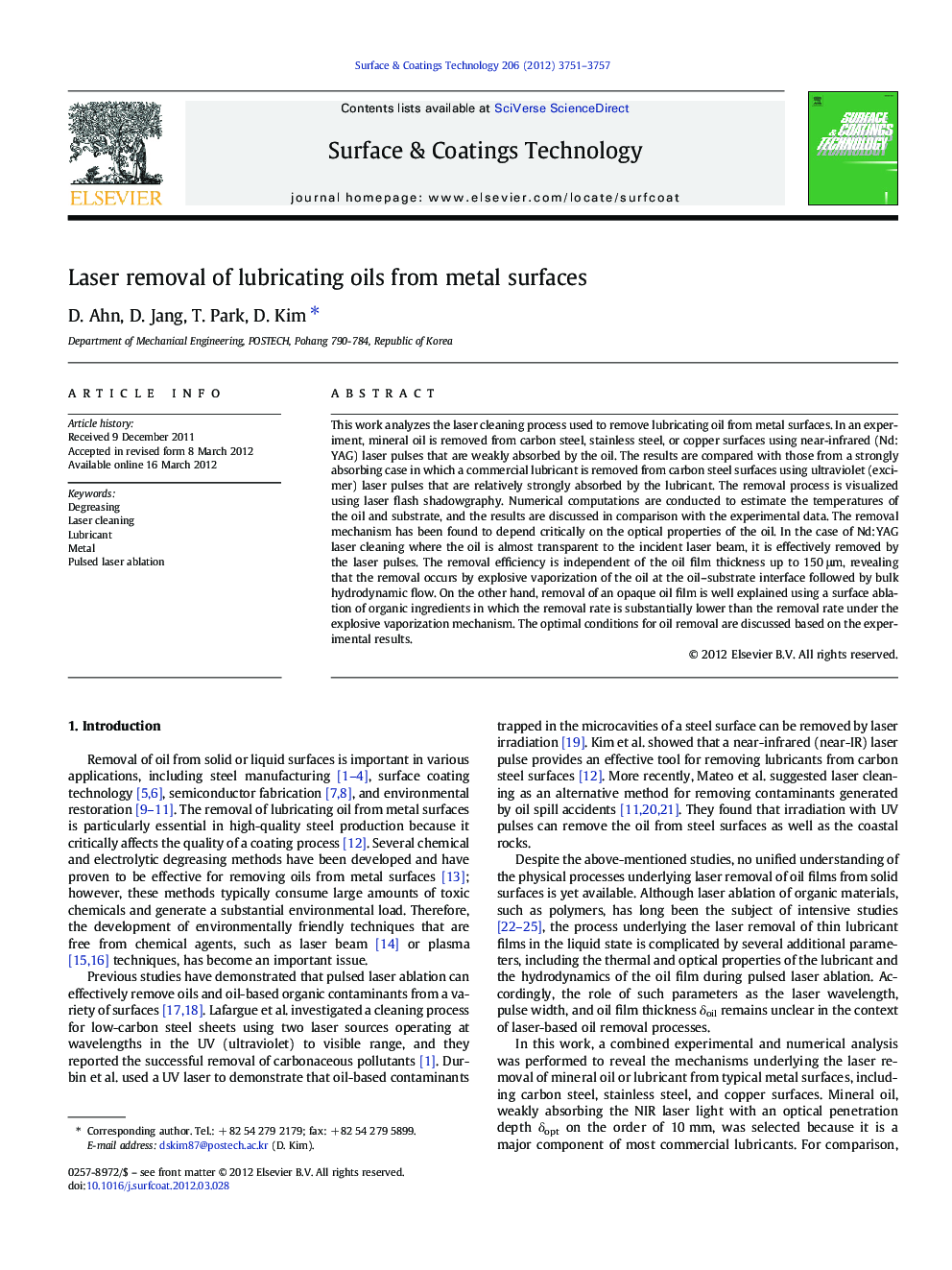 This work analyzes the laser cleaning process used to remove lubricating oil from metal surfaces. In an experiment, mineral oil is removed from carbon steel, stainless steel, or copper surfaces using near-infrared (Nd:YAG) laser pulses that are weakly absorbed by the oil. The results are compared with those from a strongly absorbing case in which a commercial lubricant is removed from carbon steel surfaces using ultraviolet (excimer) laser pulses that are relatively strongly absorbed by the lubricant. The removal process is visualized using laser flash shadowgraphy. Numerical computations are conducted to estimate the temperatures of the oil and substrate, and the results are discussed in comparison with the experimental data. The removal mechanism has been found to depend critically on the optical properties of the oil. In the case of Nd:YAG laser cleaning where the oil is almost transparent to the incident laser beam, it is effectively removed by the laser pulses. The removal efficiency is independent of the oil film thickness up to 150 μm, revealing that the removal occurs by explosive vaporization of the oil at the oil–substrate interface followed by bulk hydrodynamic flow. On the other hand, removal of an opaque oil film is well explained using a surface ablation of organic ingredients in which the removal rate is substantially lower than the removal rate under the explosive vaporization mechanism. The optimal conditions for oil removal are discussed based on the experimental results.