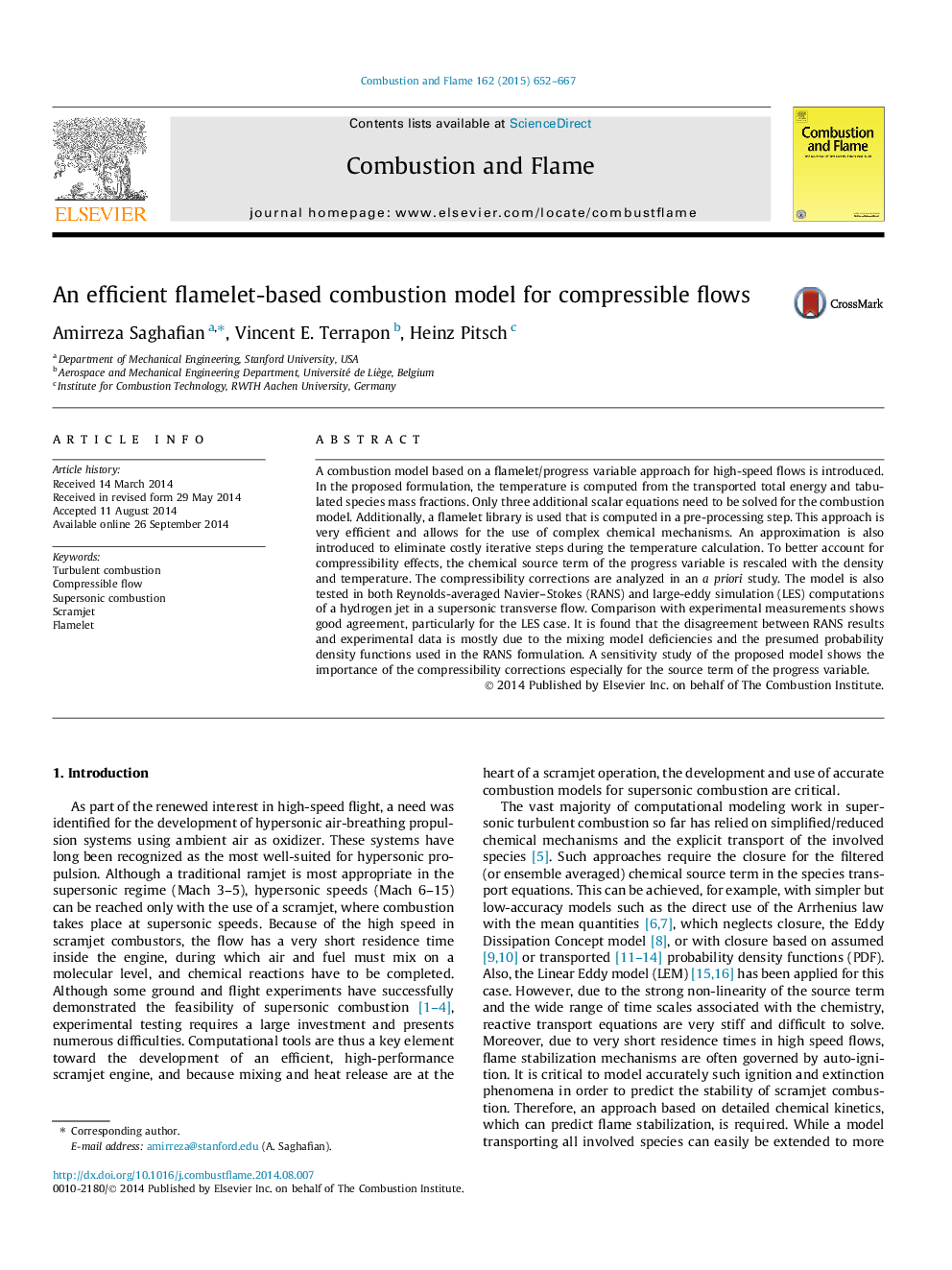 A combustion model based on a flamelet/progress variable approach for high-speed flows is introduced. In the proposed formulation, the temperature is computed from the transported total energy and tabulated species mass fractions. Only three additional scalar equations need to be solved for the combustion model. Additionally, a flamelet library is used that is computed in a pre-processing step. This approach is very efficient and allows for the use of complex chemical mechanisms. An approximation is also introduced to eliminate costly iterative steps during the temperature calculation. To better account for compressibility effects, the chemical source term of the progress variable is rescaled with the density and temperature. The compressibility corrections are analyzed in an a priori study. The model is also tested in both Reynolds-averaged Navier–Stokes (RANS) and large-eddy simulation (LES) computations of a hydrogen jet in a supersonic transverse flow. Comparison with experimental measurements shows good agreement, particularly for the LES case. It is found that the disagreement between RANS results and experimental data is mostly due to the mixing model deficiencies and the presumed probability density functions used in the RANS formulation. A sensitivity study of the proposed model shows the importance of the compressibility corrections especially for the source term of the progress variable.