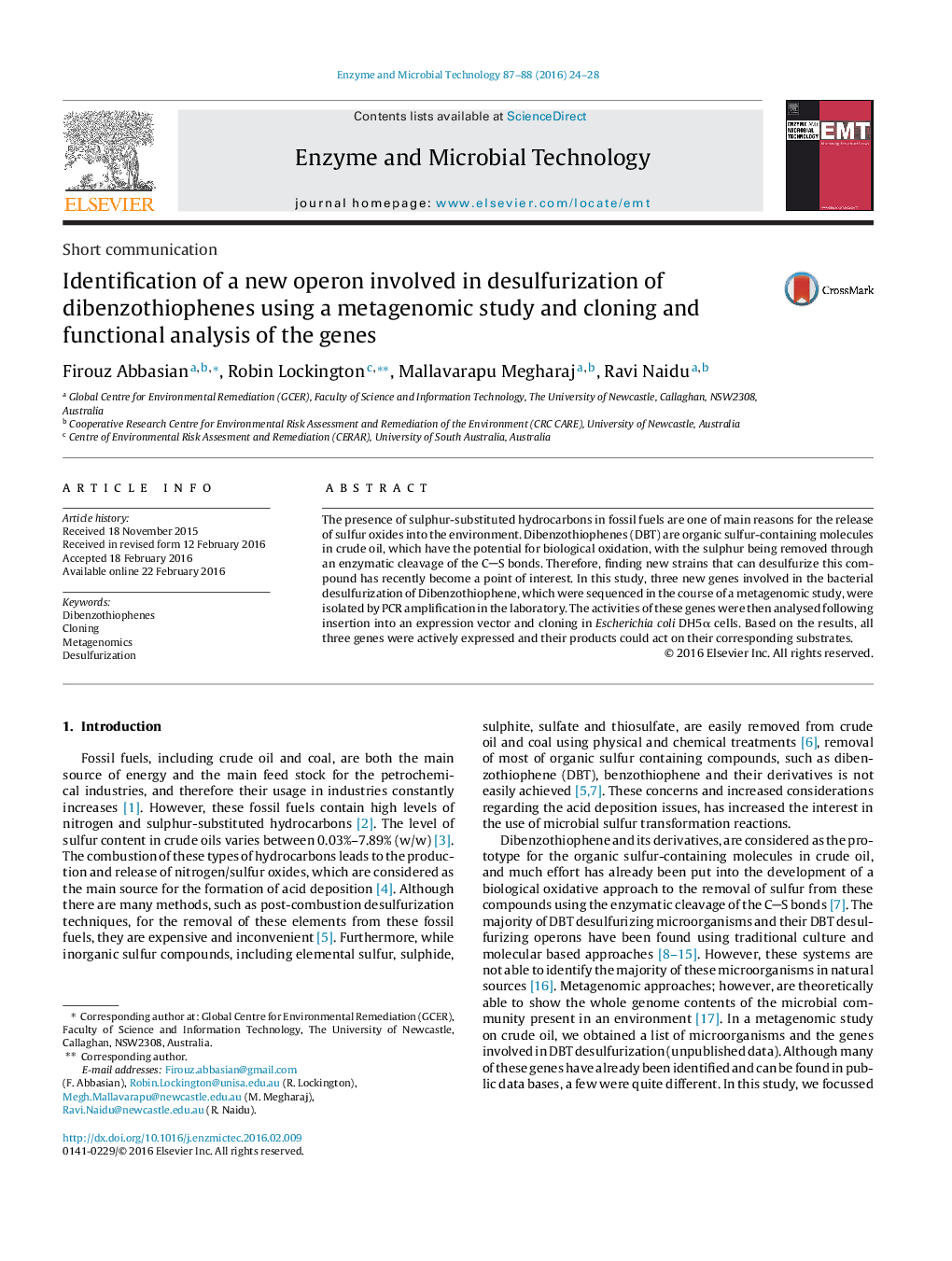 • Metagenomic study on crude oil.
• Mining a unique dibenzothiophene desulfurization gene.
• Extension of this gene by softwares to find whole operon.
• PCR amplification and coning of these genes.
• Expression analysis.

The presence of sulphur-substituted hydrocarbons in fossil fuels are one of main reasons for the release of sulfur oxides into the environment. Dibenzothiophenes (DBT) are organic sulfur-containing molecules in crude oil, which have the potential for biological oxidation, with the sulphur being removed through an enzymatic cleavage of the CS bonds. Therefore, finding new strains that can desulfurize this compound has recently become a point of interest. In this study, three new genes involved in the bacterial desulfurization of Dibenzothiophene, which were sequenced in the course of a metagenomic study, were isolated by PCR amplification in the laboratory. The activities of these genes were then analysed following insertion into an expression vector and cloning in Escherichia coli DH5α cells. Based on the results, all three genes were actively expressed and their products could act on their corresponding substrates.