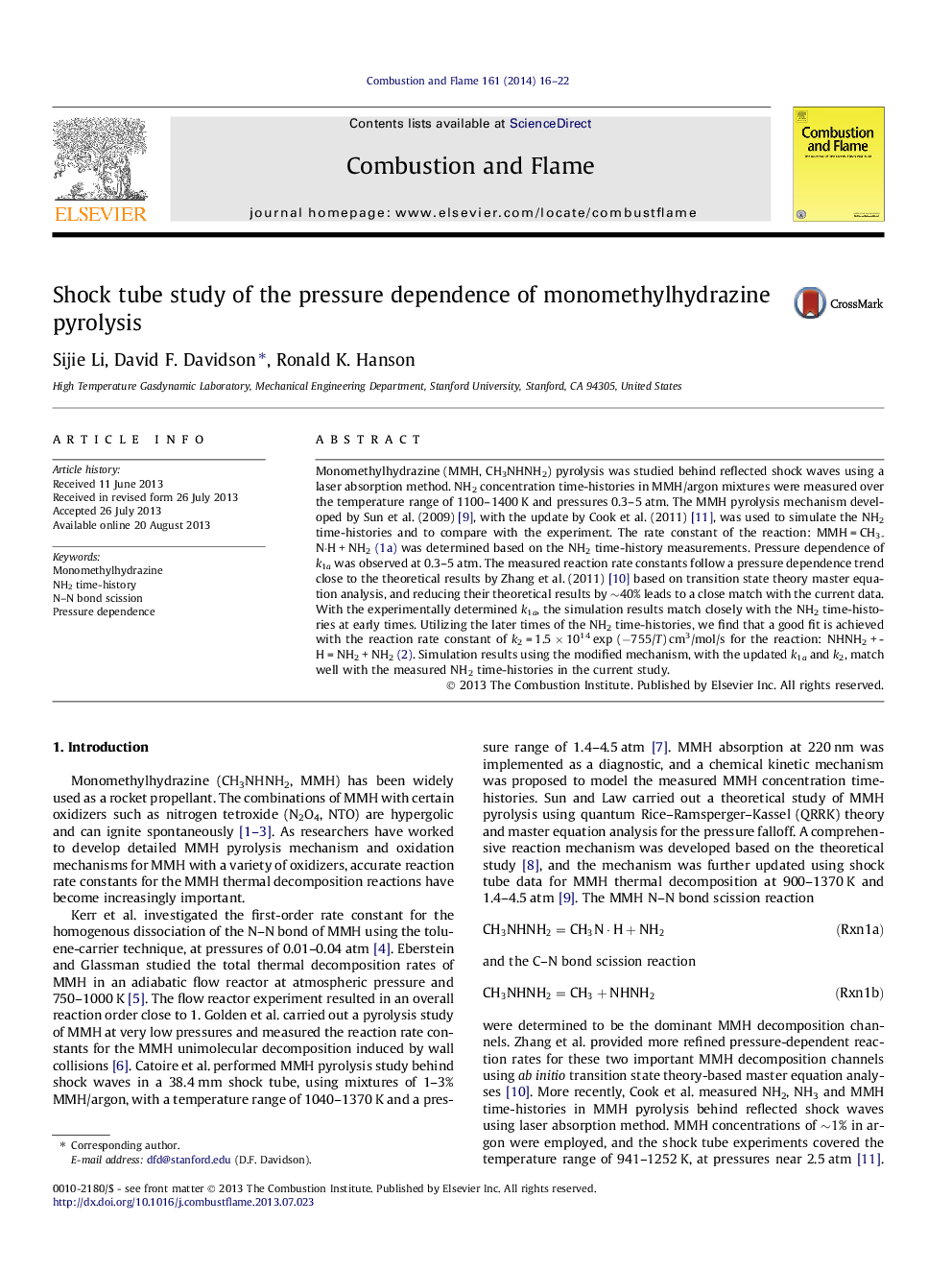 Monomethylhydrazine (MMH, CH3NHNH2) pyrolysis was studied behind reflected shock waves using a laser absorption method. NH2 concentration time-histories in MMH/argon mixtures were measured over the temperature range of 1100–1400 K and pressures 0.3–5 atm. The MMH pyrolysis mechanism developed by Sun et al. (2009) [9], with the update by Cook et al. (2011) [11], was used to simulate the NH2 time-histories and to compare with the experiment. The rate constant of the reaction: MMH = CH3N·H + NH2(1a) was determined based on the NH2 time-history measurements. Pressure dependence of k1a was observed at 0.3–5 atm. The measured reaction rate constants follow a pressure dependence trend close to the theoretical results by Zhang et al. (2011) [10] based on transition state theory master equation analysis, and reducing their theoretical results by ∼40% leads to a close match with the current data. With the experimentally determined k1a, the simulation results match closely with the NH2 time-histories at early times. Utilizing the later times of the NH2 time-histories, we find that a good fit is achieved with the reaction rate constant of k2 = 1.5 × 1014 exp (−755/T) cm3/mol/s for the reaction: NHNH2 + H = NH2 + NH2(2). Simulation results using the modified mechanism, with the updated k1a and k2, match well with the measured NH2 time-histories in the current study.