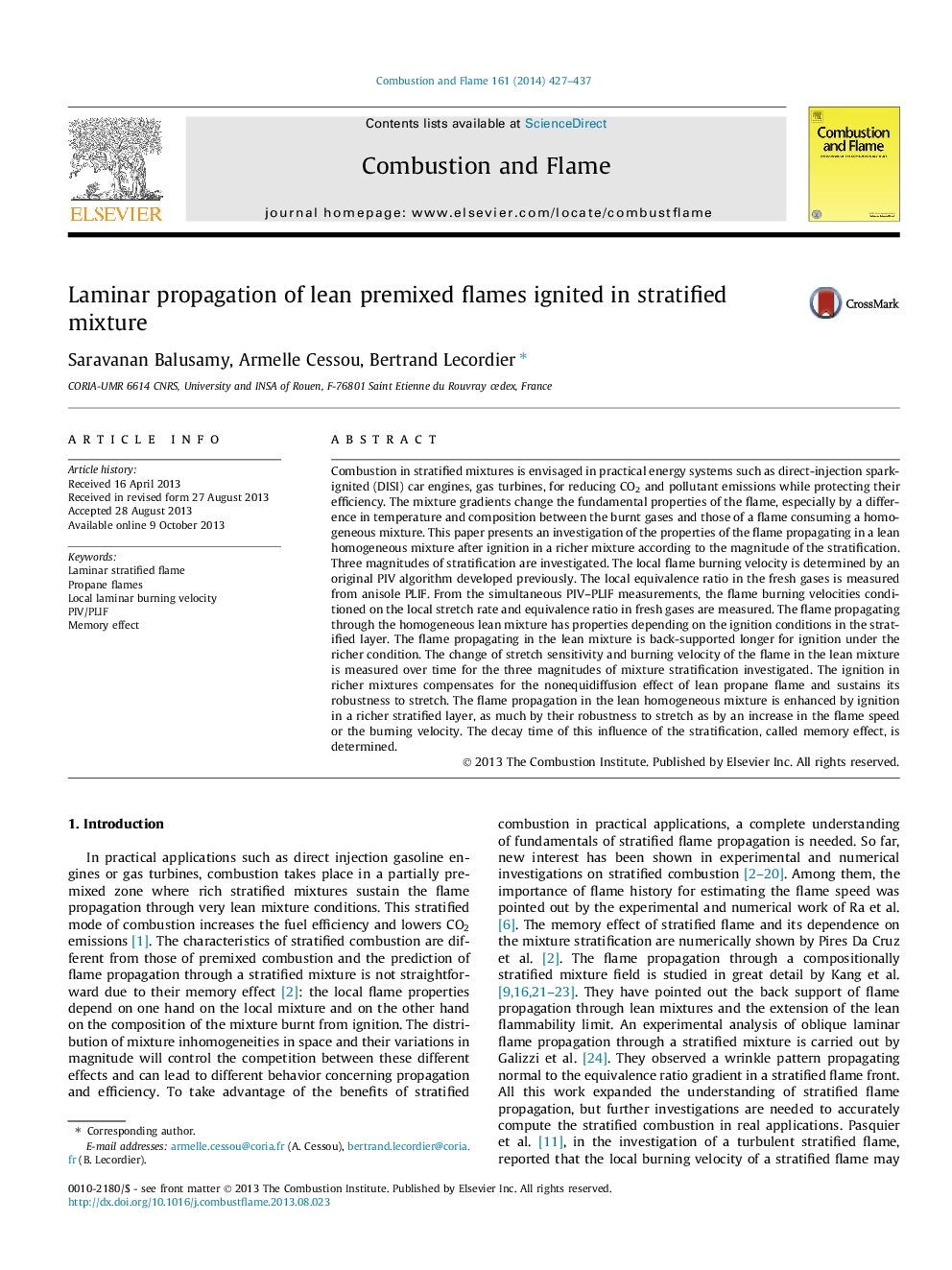 Combustion in stratified mixtures is envisaged in practical energy systems such as direct-injection spark-ignited (DISI) car engines, gas turbines, for reducing CO2 and pollutant emissions while protecting their efficiency. The mixture gradients change the fundamental properties of the flame, especially by a difference in temperature and composition between the burnt gases and those of a flame consuming a homogeneous mixture. This paper presents an investigation of the properties of the flame propagating in a lean homogeneous mixture after ignition in a richer mixture according to the magnitude of the stratification. Three magnitudes of stratification are investigated. The local flame burning velocity is determined by an original PIV algorithm developed previously. The local equivalence ratio in the fresh gases is measured from anisole PLIF. From the simultaneous PIV–PLIF measurements, the flame burning velocities conditioned on the local stretch rate and equivalence ratio in fresh gases are measured. The flame propagating through the homogeneous lean mixture has properties depending on the ignition conditions in the stratified layer. The flame propagating in the lean mixture is back-supported longer for ignition under the richer condition. The change of stretch sensitivity and burning velocity of the flame in the lean mixture is measured over time for the three magnitudes of mixture stratification investigated. The ignition in richer mixtures compensates for the nonequidiffusion effect of lean propane flame and sustains its robustness to stretch. The flame propagation in the lean homogeneous mixture is enhanced by ignition in a richer stratified layer, as much by their robustness to stretch as by an increase in the flame speed or the burning velocity. The decay time of this influence of the stratification, called memory effect, is determined.