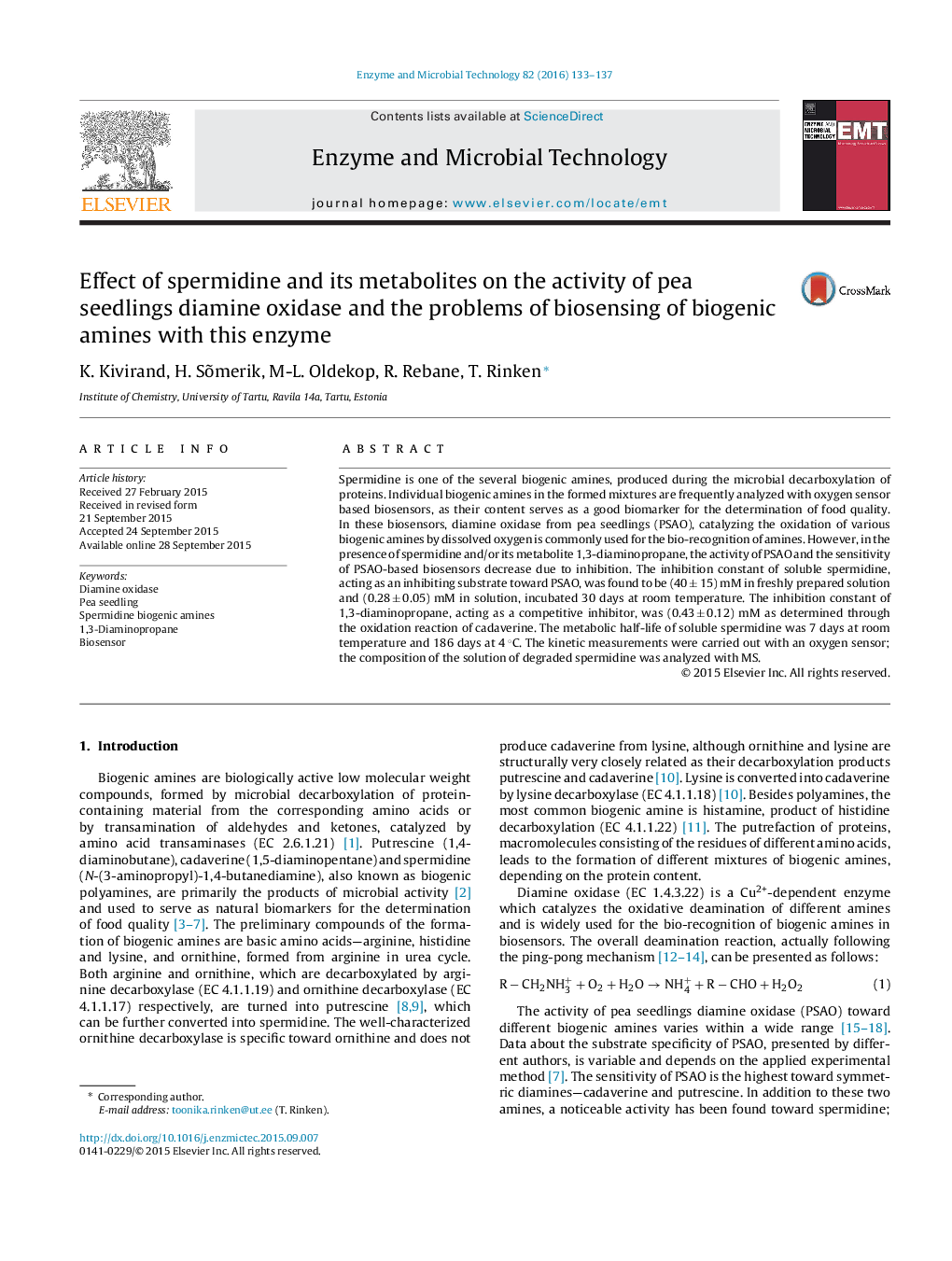 Spermidine is one of the several biogenic amines, produced during the microbial decarboxylation of proteins. Individual biogenic amines in the formed mixtures are frequently analyzed with oxygen sensor based biosensors, as their content serves as a good biomarker for the determination of food quality. In these biosensors, diamine oxidase from pea seedlings (PSAO), catalyzing the oxidation of various biogenic amines by dissolved oxygen is commonly used for the bio-recognition of amines. However, in the presence of spermidine and/or its metabolite 1,3-diaminopropane, the activity of PSAO and the sensitivity of PSAO-based biosensors decrease due to inhibition. The inhibition constant of soluble spermidine, acting as an inhibiting substrate toward PSAO, was found to be (40 ± 15) mM in freshly prepared solution and (0.28 ± 0.05) mM in solution, incubated 30 days at room temperature. The inhibition constant of 1,3-diaminopropane, acting as a competitive inhibitor, was (0.43 ± 0.12) mM as determined through the oxidation reaction of cadaverine. The metabolic half-life of soluble spermidine was 7 days at room temperature and 186 days at 4 °C. The kinetic measurements were carried out with an oxygen sensor; the composition of the solution of degraded spermidine was analyzed with MS.