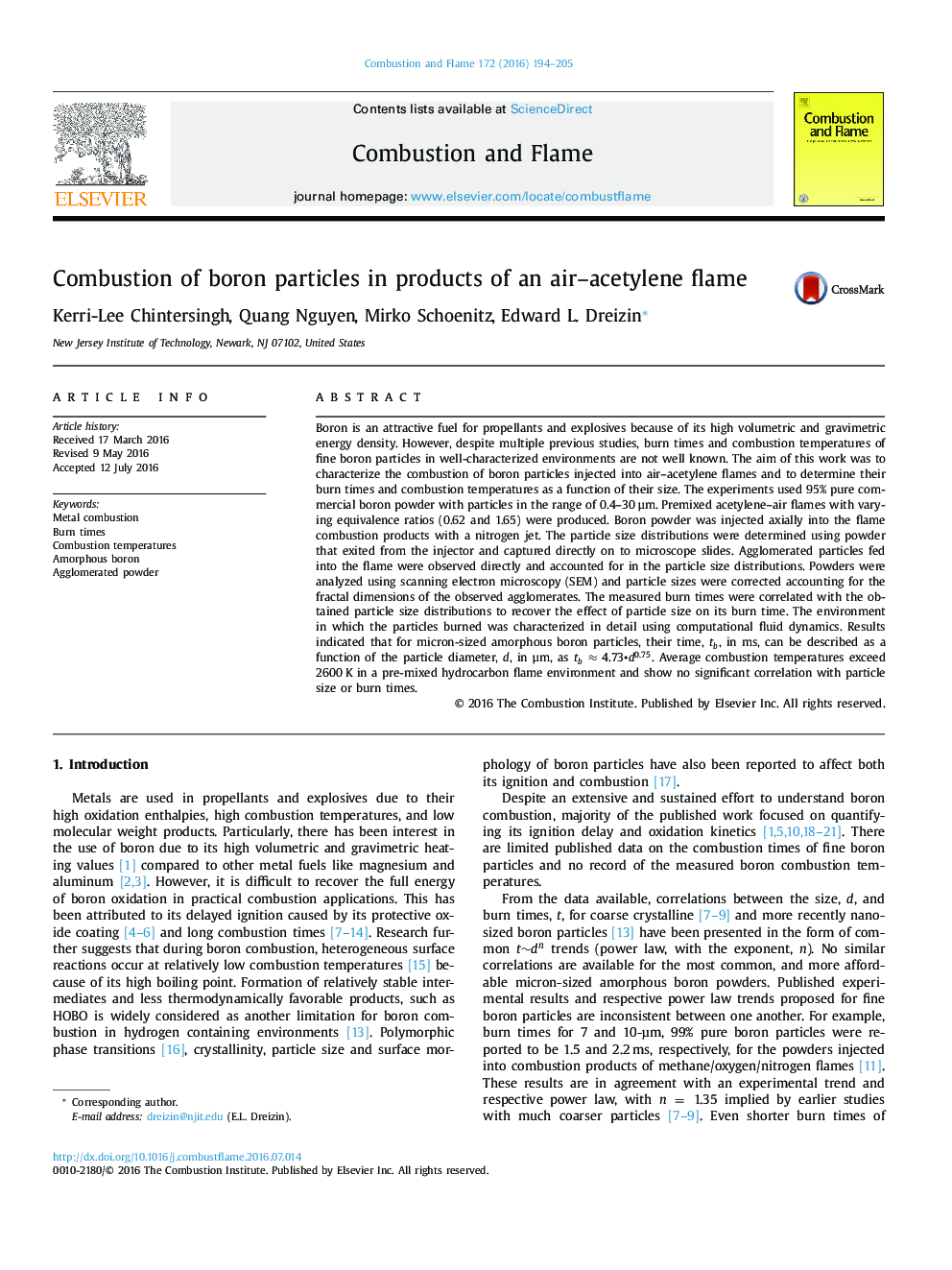 Boron is an attractive fuel for propellants and explosives because of its high volumetric and gravimetric energy density. However, despite multiple previous studies, burn times and combustion temperatures of fine boron particles in well-characterized environments are not well known. The aim of this work was to characterize the combustion of boron particles injected into air–acetylene flames and to determine their burn times and combustion temperatures as a function of their size. The experiments used 95% pure commercial boron powder with particles in the range of 0.4–30 µm. Premixed acetylene–air flames with varying equivalence ratios (0.62 and 1.65) were produced. Boron powder was injected axially into the flame combustion products with a nitrogen jet. The particle size distributions were determined using powder that exited from the injector and captured directly on to microscope slides. Agglomerated particles fed into the flame were observed directly and accounted for in the particle size distributions. Powders were analyzed using scanning electron microscopy (SEM) and particle sizes were corrected accounting for the fractal dimensions of the observed agglomerates. The measured burn times were correlated with the obtained particle size distributions to recover the effect of particle size on its burn time. The environment in which the particles burned was characterized in detail using computational fluid dynamics. Results indicated that for micron-sized amorphous boron particles, their time, tb, in ms, can be described as a function of the particle diameter, d, in µm, as tb ≈ 4.73
• d0.75. Average combustion temperatures exceed 2600 K in a pre-mixed hydrocarbon flame environment and show no significant correlation with particle size or burn times.