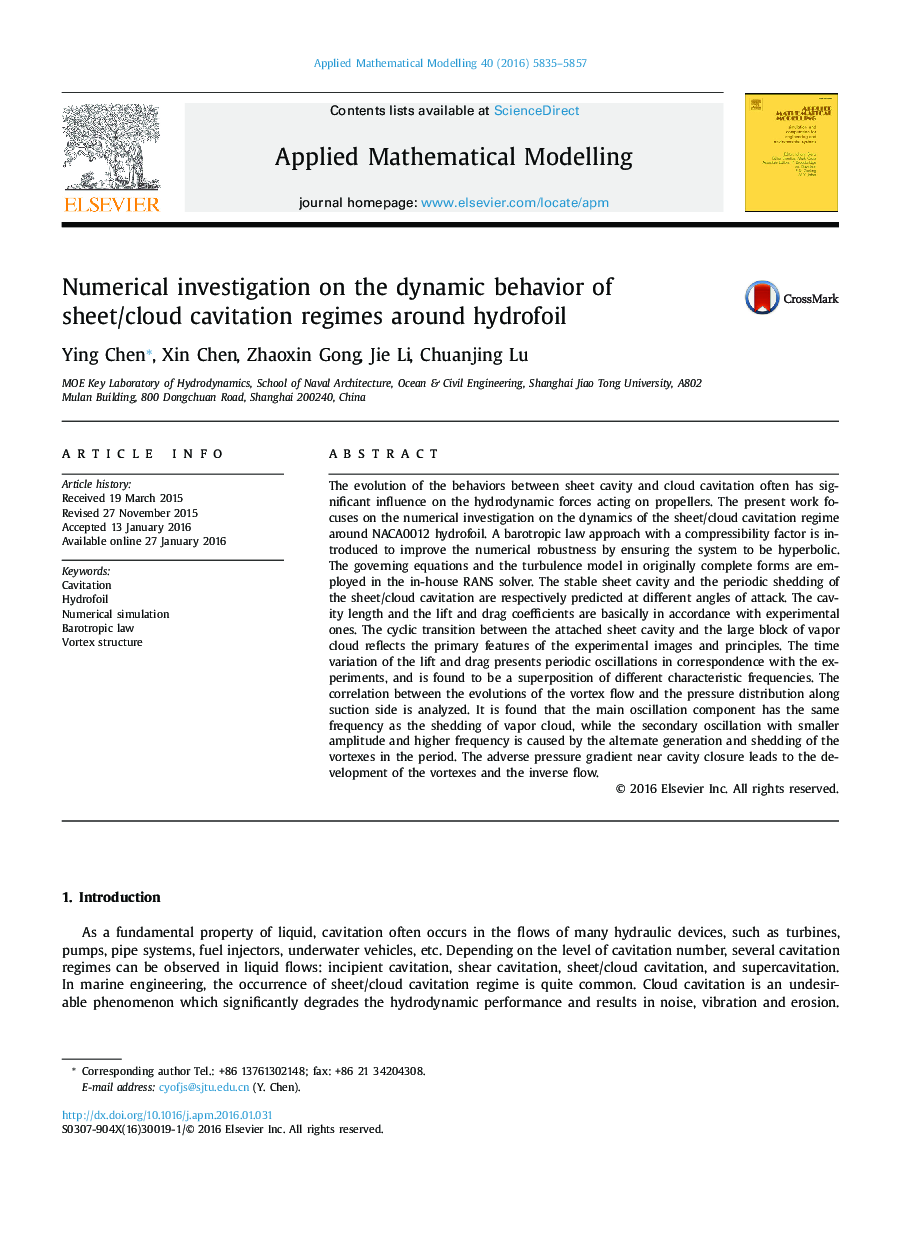 • Sheet cavitation and periodic cloud cavitation regimes are investigated.
• Dependence of cavitation regime on flow condition is proven and reproduced.
• The cyclic transition reflects the primary features of the experimental results.
• Correlation between evolutions of vortexes and pressure reveals shedding mechanism.
• Secondary oscillation is caused by alternate generation and shedding of vortexes.

The evolution of the behaviors between sheet cavity and cloud cavitation often has significant influence on the hydrodynamic forces acting on propellers. The present work focuses on the numerical investigation on the dynamics of the sheet/cloud cavitation regime around NACA0012 hydrofoil. A barotropic law approach with a compressibility factor is introduced to improve the numerical robustness by ensuring the system to be hyperbolic. The governing equations and the turbulence model in originally complete forms are employed in the in-house RANS solver. The stable sheet cavity and the periodic shedding of the sheet/cloud cavitation are respectively predicted at different angles of attack. The cavity length and the lift and drag coefficients are basically in accordance with experimental ones. The cyclic transition between the attached sheet cavity and the large block of vapor cloud reflects the primary features of the experimental images and principles. The time variation of the lift and drag presents periodic oscillations in correspondence with the experiments, and is found to be a superposition of different characteristic frequencies. The correlation between the evolutions of the vortex flow and the pressure distribution along suction side is analyzed. It is found that the main oscillation component has the same frequency as the shedding of vapor cloud, while the secondary oscillation with smaller amplitude and higher frequency is caused by the alternate generation and shedding of the vortexes in the period. The adverse pressure gradient near cavity closure leads to the development of the vortexes and the inverse flow.